One of the most spectacular attractions at D’Entrecasteaux is Black Point, a massive outcrop of hexagonal basalt columns formed 135 million years ago by volcanic lava flow.

Black Point owes its unique appearance to the lava which flowed from the Darling Scarp and slowly cooled at the ocean. In the cooling process the lava cracked and shrunk, and close packed, hexagonal columns were formed perpendicular to the surface. These ‘Stepping Stones’ as they are known as are now slowly being eroded away by the Southern Ocean. To reach the black basalt columns that give Black Point its name, a short walk is required along the beach. In calm weather, you may be able to get close enough to the basalt pillars to hear the organ-like music they create as the waves and wind echo through their gaps.

Black Point is approximately 2 hours and 30 minutes from Augusta and is accessible by four-wheel drive only. Be sure to reduce your tyre pressure to suit the conditions once you reach the sandy section. Black Point Road is closed in winter due to the tracks becoming inundated.

There are 20 campsites at Humpback Hollow and 10 at Seal Cove with basic facilities. Popular with fishers, surfers and sightseers, the campsites operate on a first come, first serve basis. Camping fees apply.

Black Point is known to local surfers who have been coming here for years and helped popularise the area.

Fishing from the rocks is also popular but it can be dangerous. Check out Recfishwest for tips on how to stay safe.

Back to D'Entrecasteaux National Park 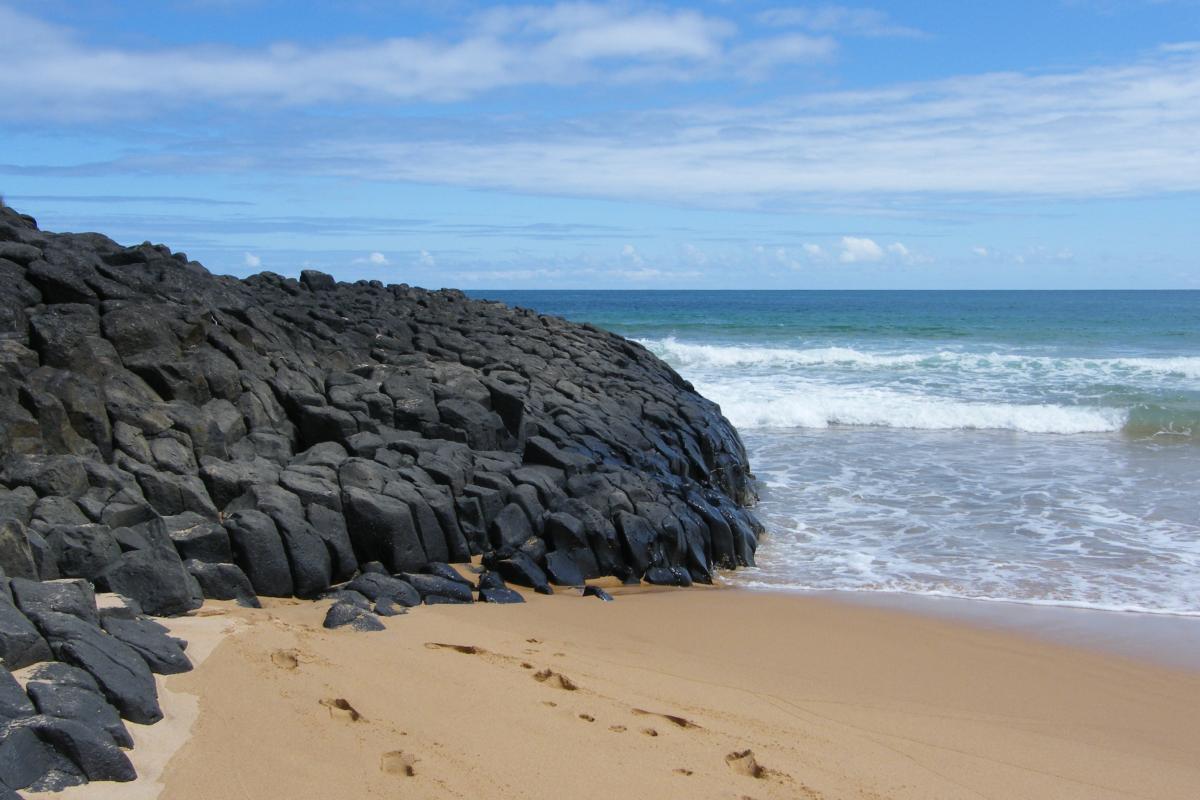 Visit the Atlas of Living Australia for a list of species recorded within a 5km radius of Black Point.

We recognise and acknowledge Minang and Bibbulman people as the traditional owners of D'Entrecasteaux National Park.

There is evidence that Noongar people have lived in South-West Australia for over 47,000 years. The oldest archeological evidence at D’Entrecasteaux is dated at 6000 years, although this does not mean it wasn’t occupied early than this. Erosion of sand dunes within the park has revealed numerous stone artifacts, fish traps, quarry sites, mythological and burial sites. The majority of these are located around the Lake Jasper/ Meerup Dunes area, an area of particular archeological and cultural significance to the Noongar people. Artifacts have been found 10 metres below Lake Jasper’s current water levels, indicating a number of major campsites existed here when the lake was a prehistoric forest.

Welcome to our good/strong country,

You will see our beautiful sea, sand, rivers, sky, and stars across our place,

Black Point is approximately 2 hours and 30 minutes from Augusta. Access to Black Point is four-wheel drive only. Be sure to reduce your tyre pressure to 10psi as you begin driving on sand. Black Point Road is closed in winter. 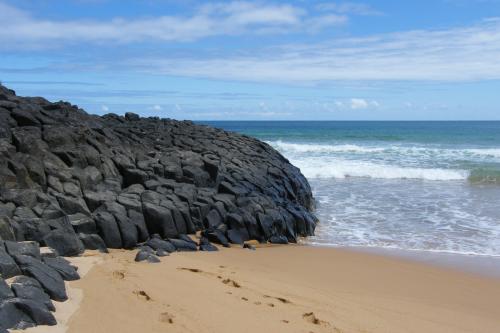 It's first come, first served to camp near this incredible rock formation and to enjoy fishing or surfing.