At Cave Works, you can walk through a model of a cave featuring a flowing stream. Interactive touch screens allow visitors to explore subjects such as cave speleothems (formations), bones of our distant past and historical information. Accessible boardwalks lead to a viewing platform where visitors can glimpse into the depths of Lake Cave. There is also a theatrette and tearoom onsite.

Lake Cave has a series of stairways and paths that descend through a large doline or ‘crater’ with huge karri trees growing from its depths. The cave’s lake never dries up and offers stunning reflections from the path that runs along its edge. It is heavily decorated with fragile white calcite straws, shawls, stalactites and stalagmites. A prominent feature is the Suspended Table, a large flat area of flowstone supported just above the lake from above by two large columns. 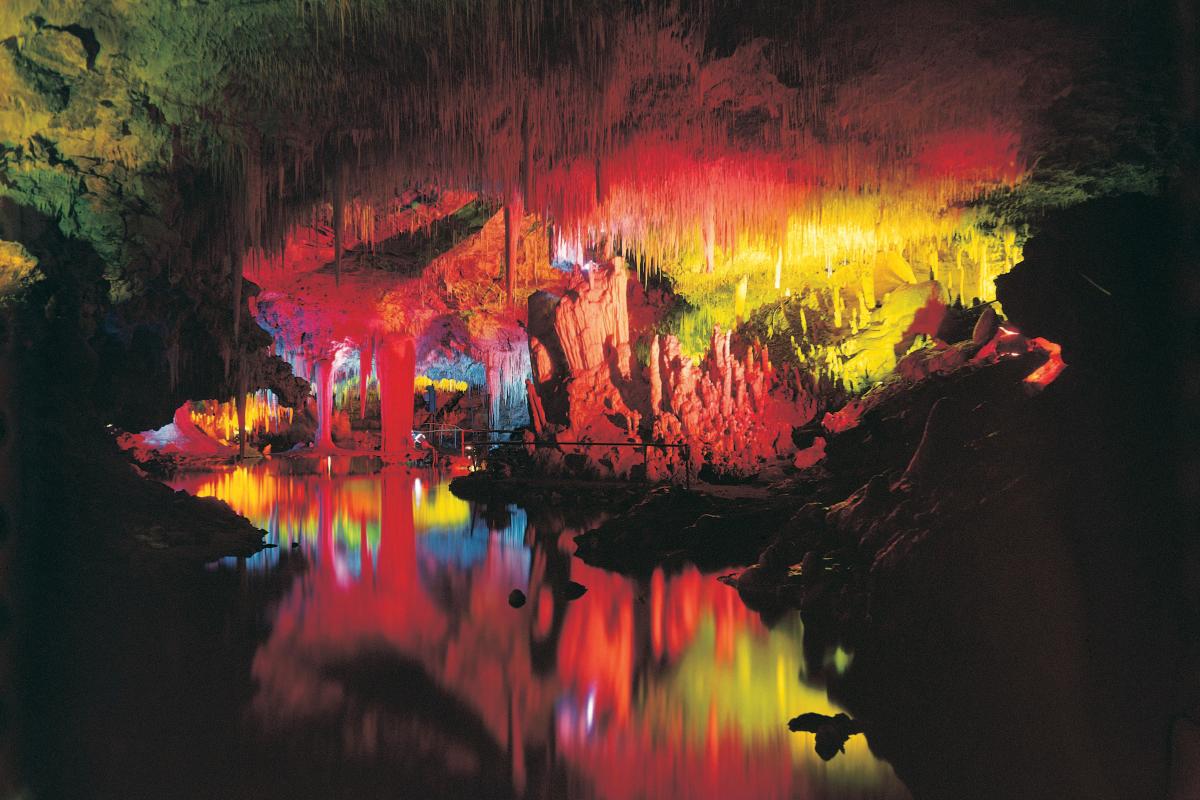 Visit the Atlas of Living Australia for a list of species recorded within a 5km radius of Cave Works and Lake Cave.

Daily, except for Christmas Day.