The cave features stalactites, stalagmites and large columns where two of these formations have met. A prominent formation in one of the smaller chambers looks like a large coloured shawl.

Mammoth Cave is also home to the largest Megafauna (large extinct marsupials) fossil deposits in Australia. Ten thousand specimens were recovered by the WA Museum in the early 1990s. The jawbone of an extinct marsupial Zygomaturus about the size of a cow, is visible in the wall of this cavern.

Entry to the cave is from the eastern side and the exit is on the western side of Caves Road. A short bushwalk through the forest takes visitors back to their cars. 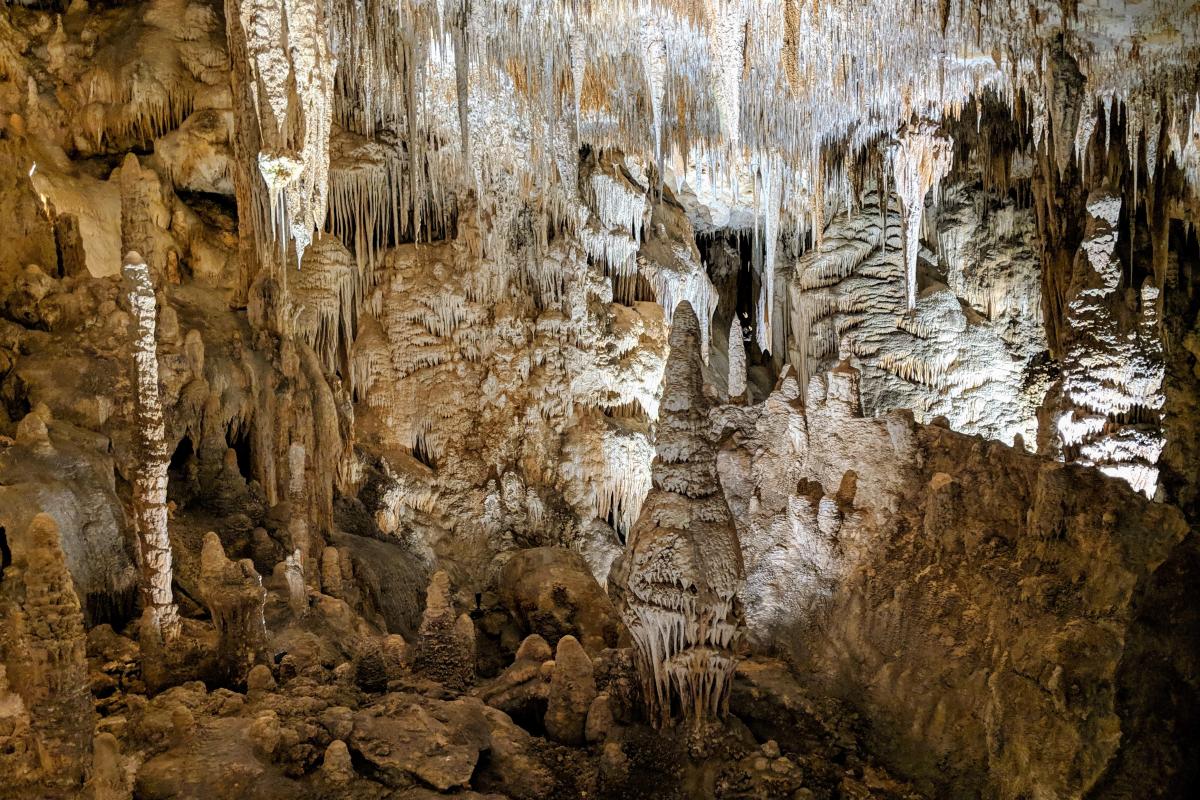 Visit the Atlas of Living Australia for a list of species recorded within a 5km radius of Mammoth Cave.

Mammoth Cave is open every day except Christmas Day.

Visit Your Margaret River Region for more info and to book.