Sightseeing, walking, photography and nature observation are the most popular activities. Viewing the crater rim is a must. Another spectacular way to view the crater is to take an aerial flight from Halls Creek. 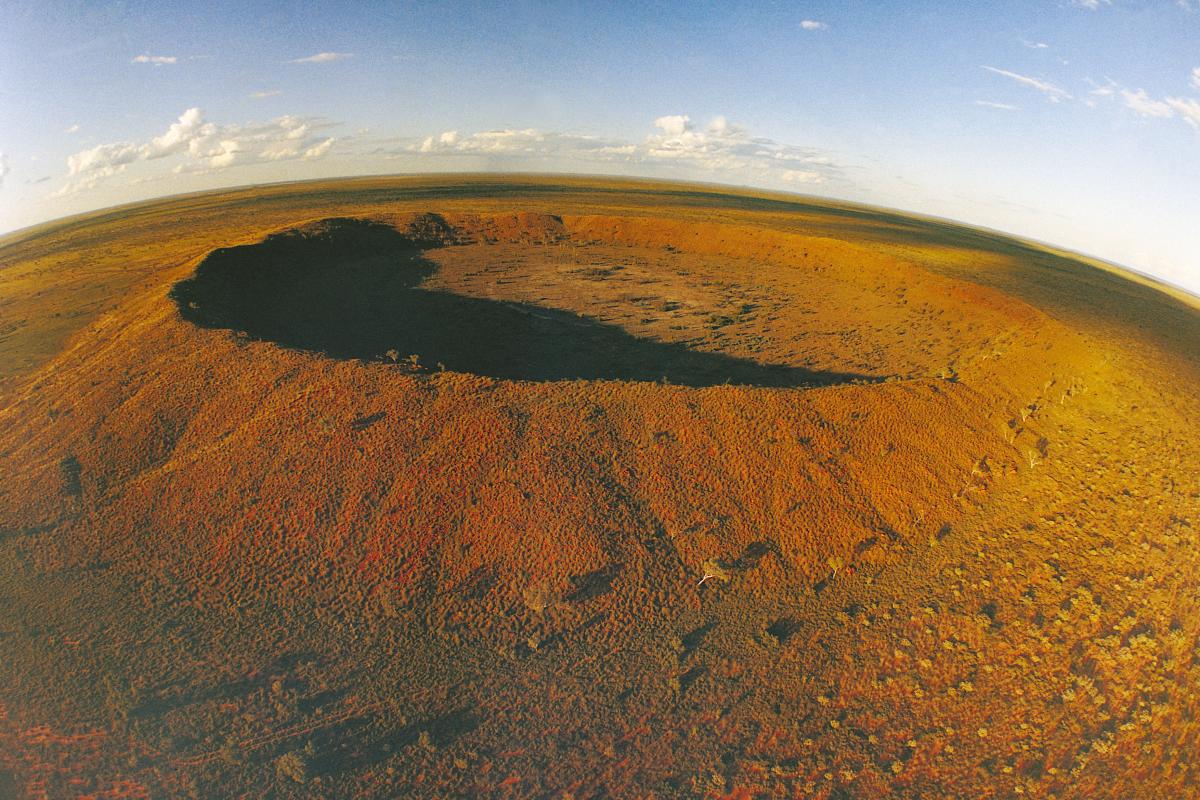 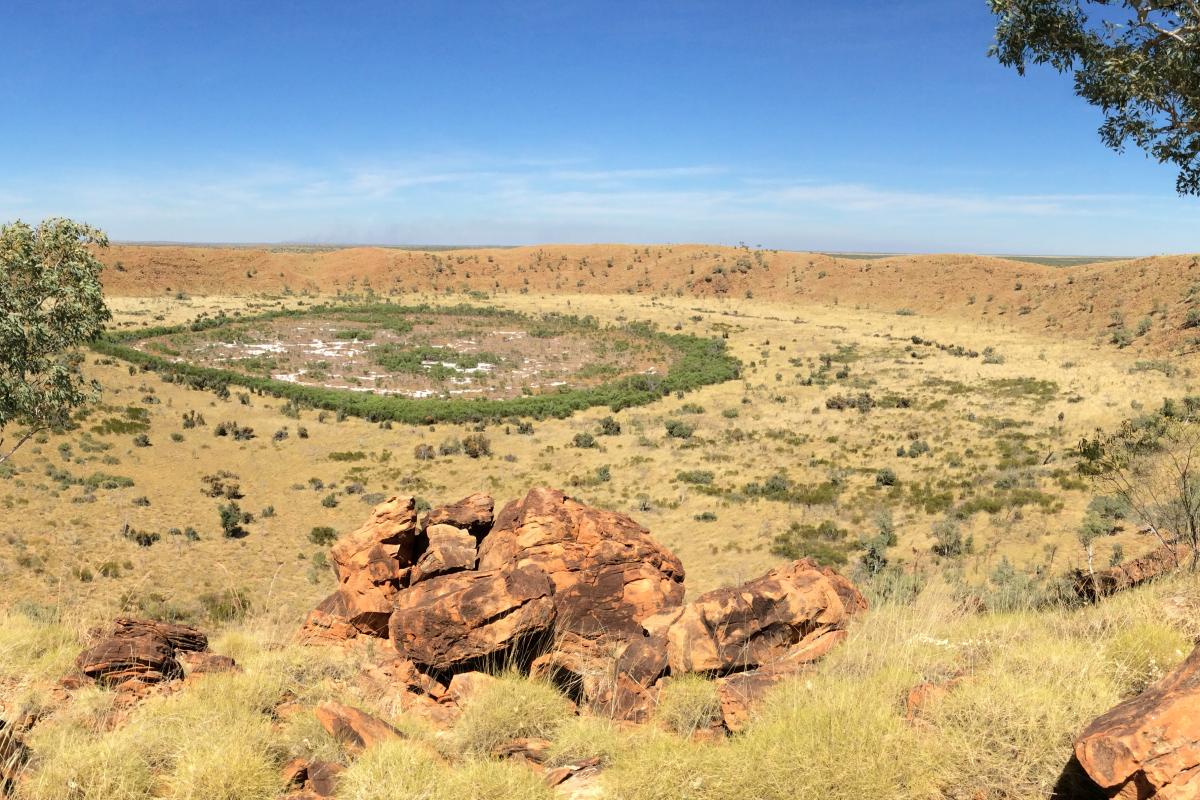 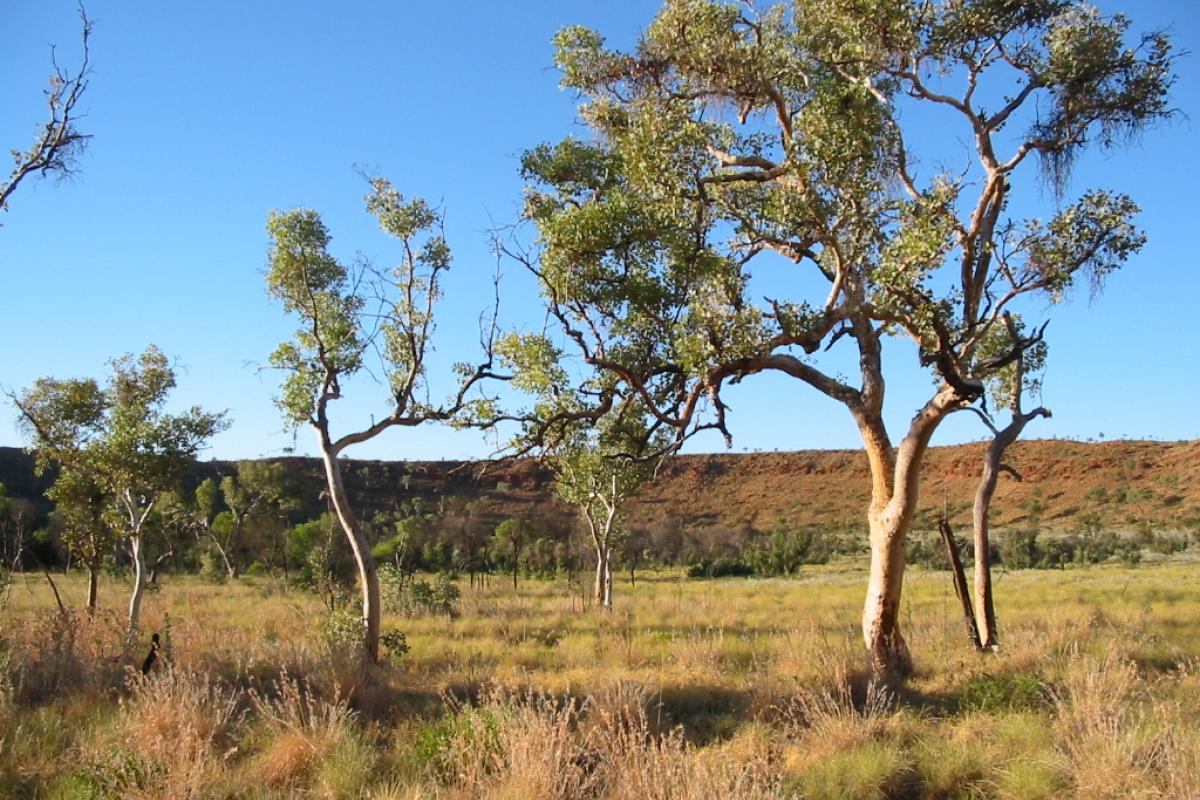 Visit the Atlas of Living Australia for a list of species recorded within a 5km radius of Wolfe Creek Crater.

The crater is known as “Kandimalal” in the Jaru language. It is recognised in oral traditions, personal experience, knowledge, art, and song by Jaru and other Aboriginal people. Jaru Elders refer to several stories relating to the crater. One refers to the passage of two rainbow snakes, which formed the nearby Wolfe Creek and Sturt Creek as they crossed the desert. In the Dreamtime, one snake emerged from the ground, forming the circular crater.

In 1999, John Goldsmith recorded a story about a “star” that fell from the sky and became buried in the ground, forming the crater. According to Jaru Elder Jack Jugarie, one day, the crescent moon and the evening star passed very close to each other. The evening star became so hot that it fell to the ground, causing an enormous explosion, flash, dust cloud and noise. This frightened the people and a long time passed before they ventured near the crater to see what had happened. When they ventured to the crater, it was realised that this was the site of where the evening star had fallen to the Earth. The Jaru people then named the place “Kandimalal” and is prominent in arts from the region. 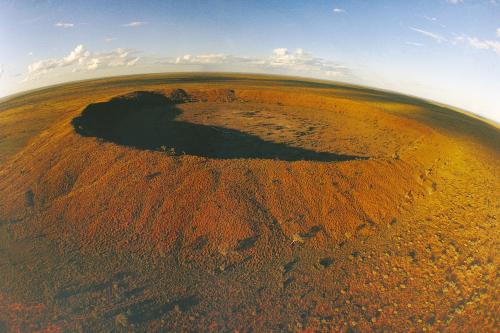 The Wolfe Creek meteorite crater is the second largest crater in the world measuring 880m across and almost circular.