What happens when you venture inland and leave the tropical town of Carnarvon behind? Saddle up and prepare for something completely different. You’re about to experience a slice of Western Australia’s wild west outback!

The landscape of the Kennedy Range is dominated by a vast sandstone plateau. And when we say vast, we’re not kidding. It’s between 12 and 25km wide and about 75km long. The geology of the area is fascinating. The rocks of the range were originally formed beneath an ancient sea. If you’re lucky you might even see fossils of marine creatures embedded in exposed rock.

The plateau towers 80m above the surrounding red earth plain. On top of the range there are red sand dunes covered by mixed shrubland and spinifex grassland. It’s hard to imagine that these dunes formed 20,000 years ago.

On the western side, spring water trickles from the base of the range. The springs are an oasis for wildlife that depend on the water in times of drought. The springs are important sites for traditional owners of the area.

The best way to explore the park’s dramatic gorges and landscape is on foot. There are several trails to choose from but make sure you read the safety advice before walking in this remote area.

Spring is a great time to visit the park. Wildflowers, including everlastings, burst into bloom. These provide a colourful contrast against the red earth landscape. A photographer’s dream!

Camp out beneath the stars at Temple Gorge Campground. The dark night skies are excellent for stargazing. The vast plateau now seems small against the infinite vastness of space!

By day and by night Kennedy Range National Park is a WA wild west experience you’re unlikely to forget in a hurry!

Plan when to visit. Read this safety information about bushwalking. Consider travelling with a personal location beacon (PLB). In the event you need to be rescued it could save your life!

The risks from exposure and dehydration are significant in this area. During the hotter months (at least December–March) these risks are extreme. Temperatures often exceed 40°C. 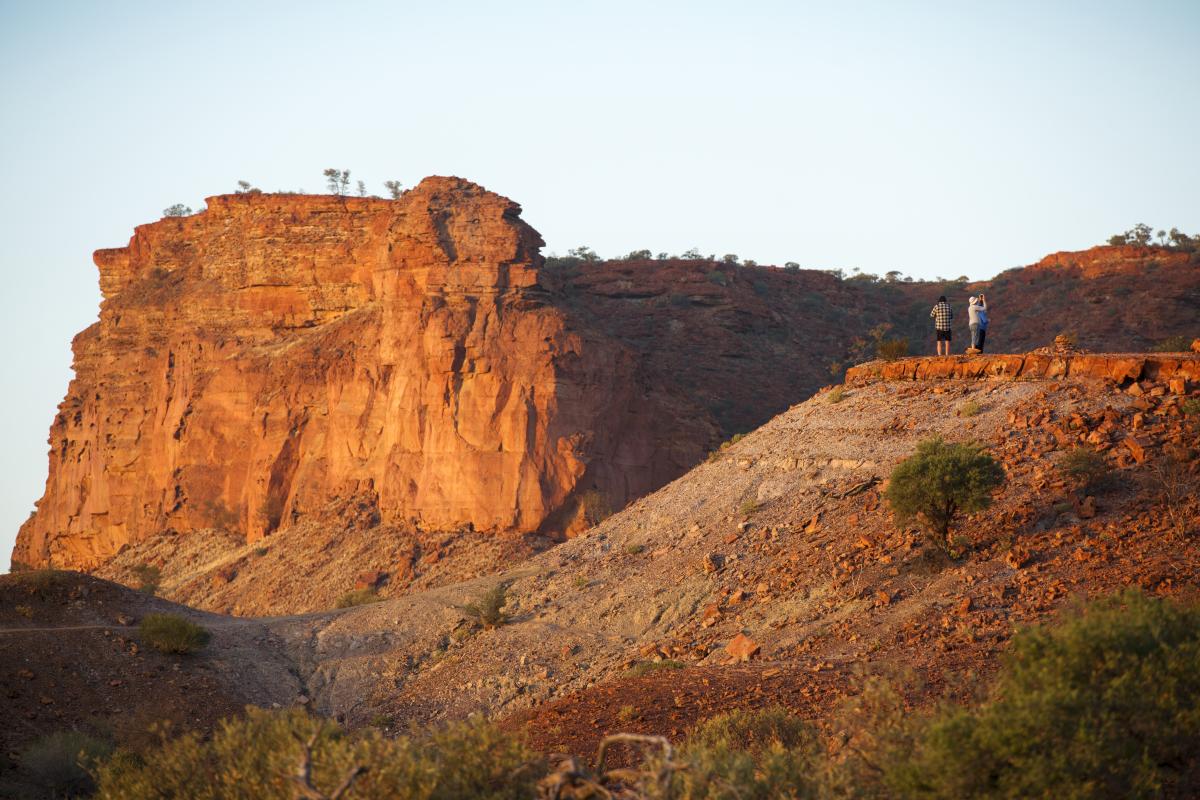 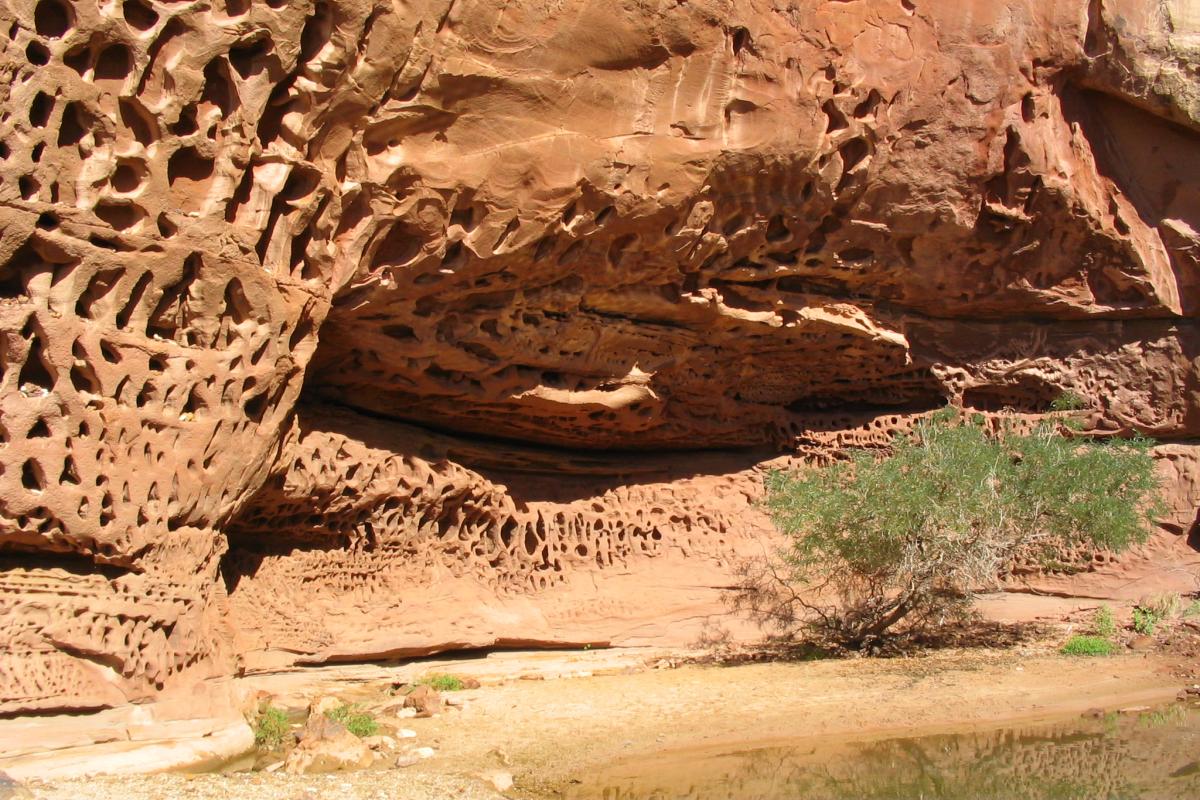 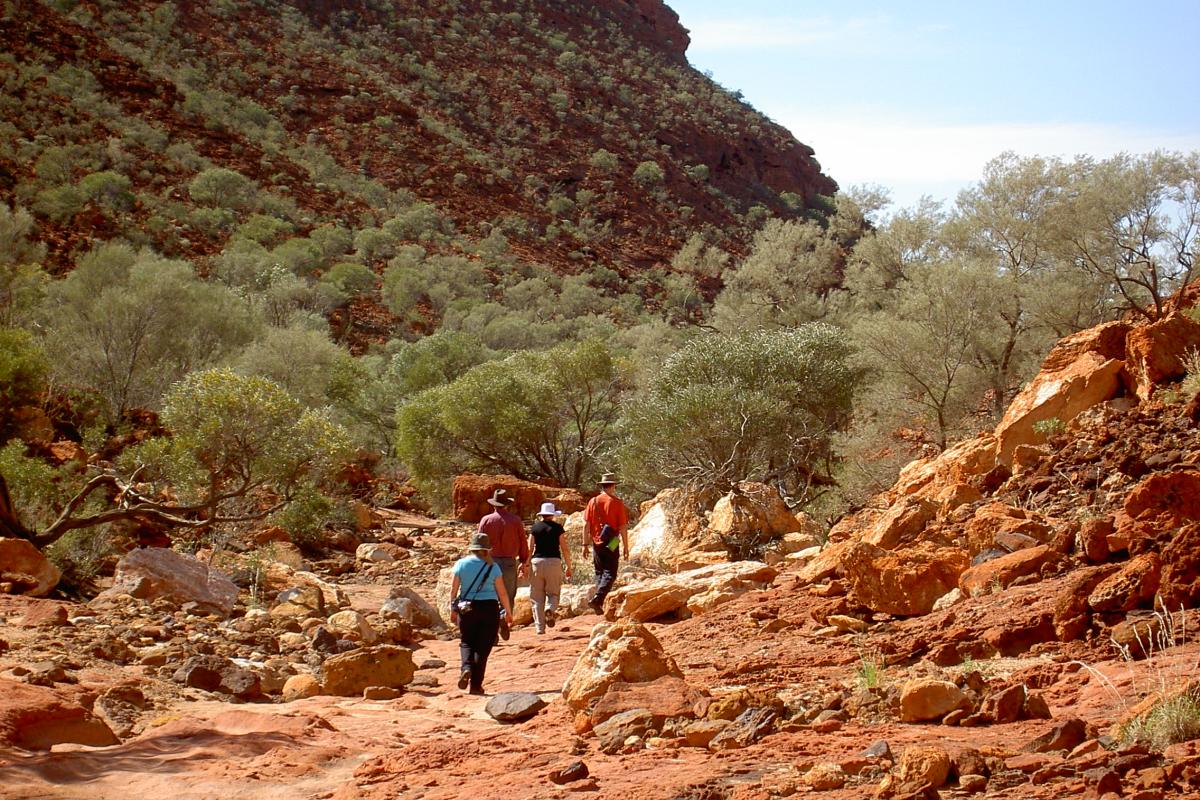 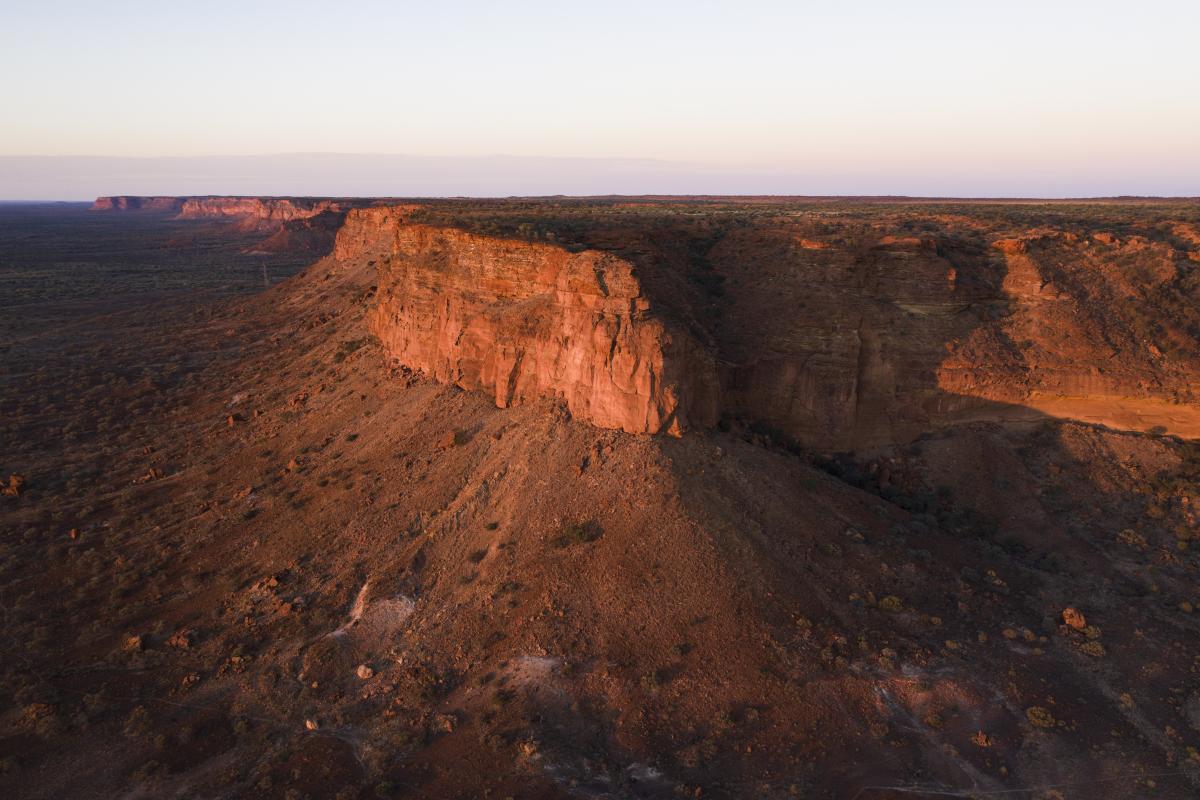 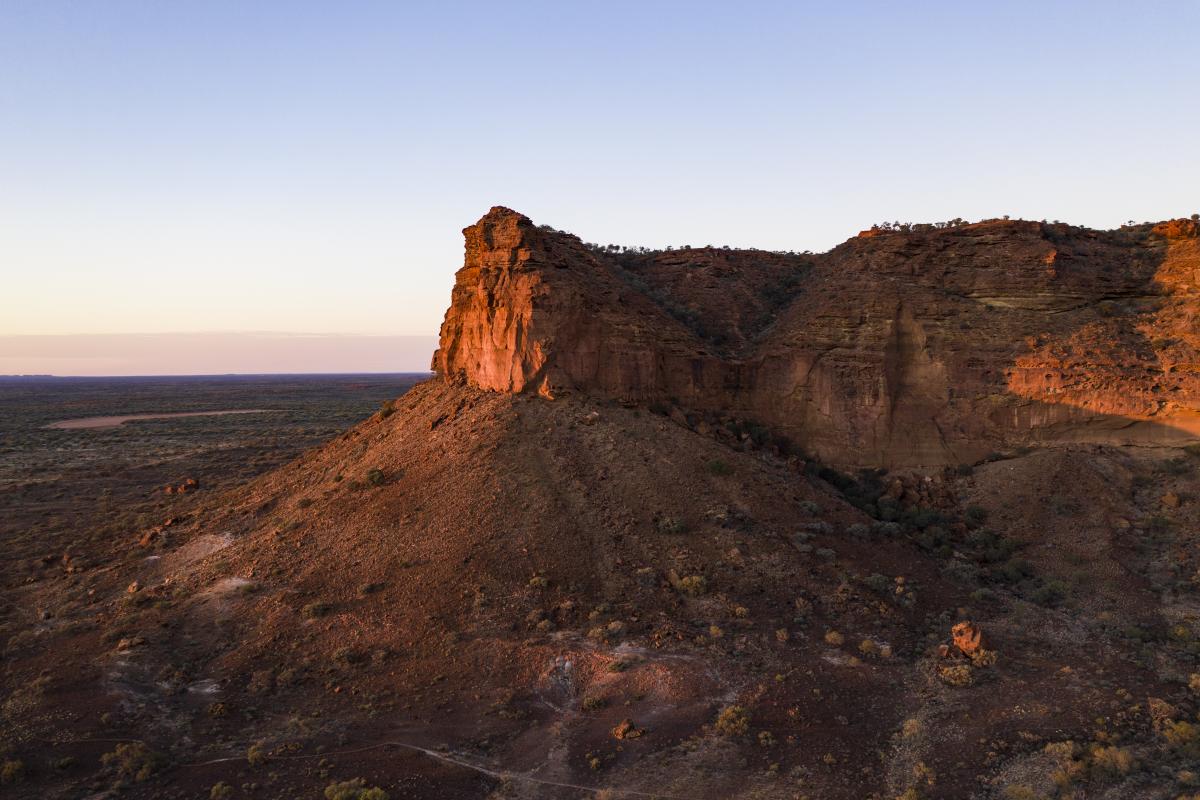 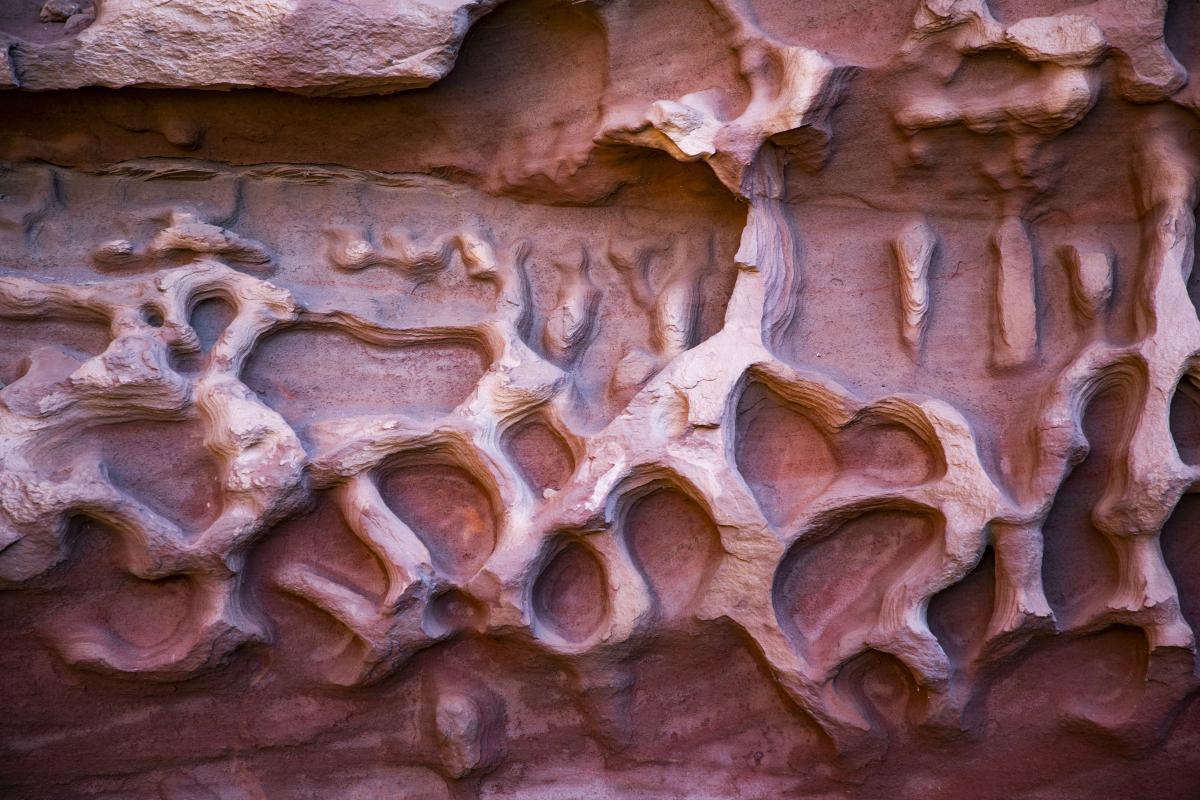 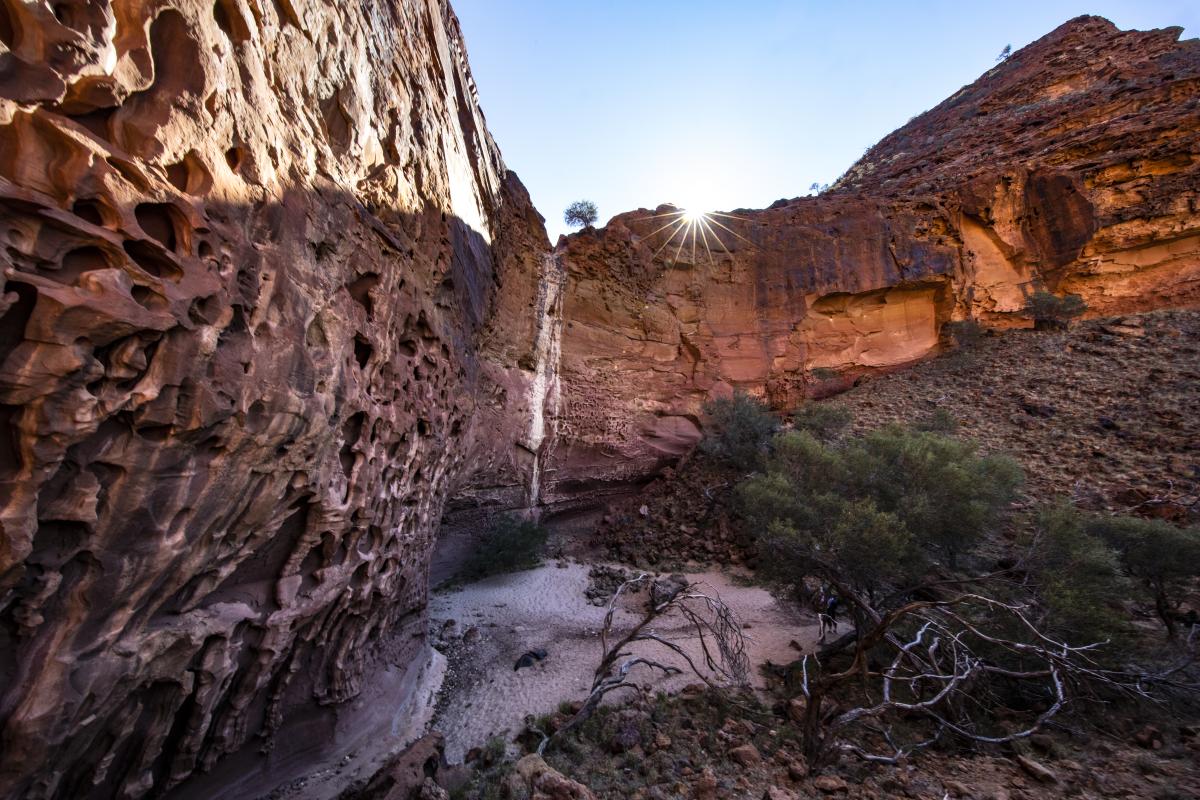 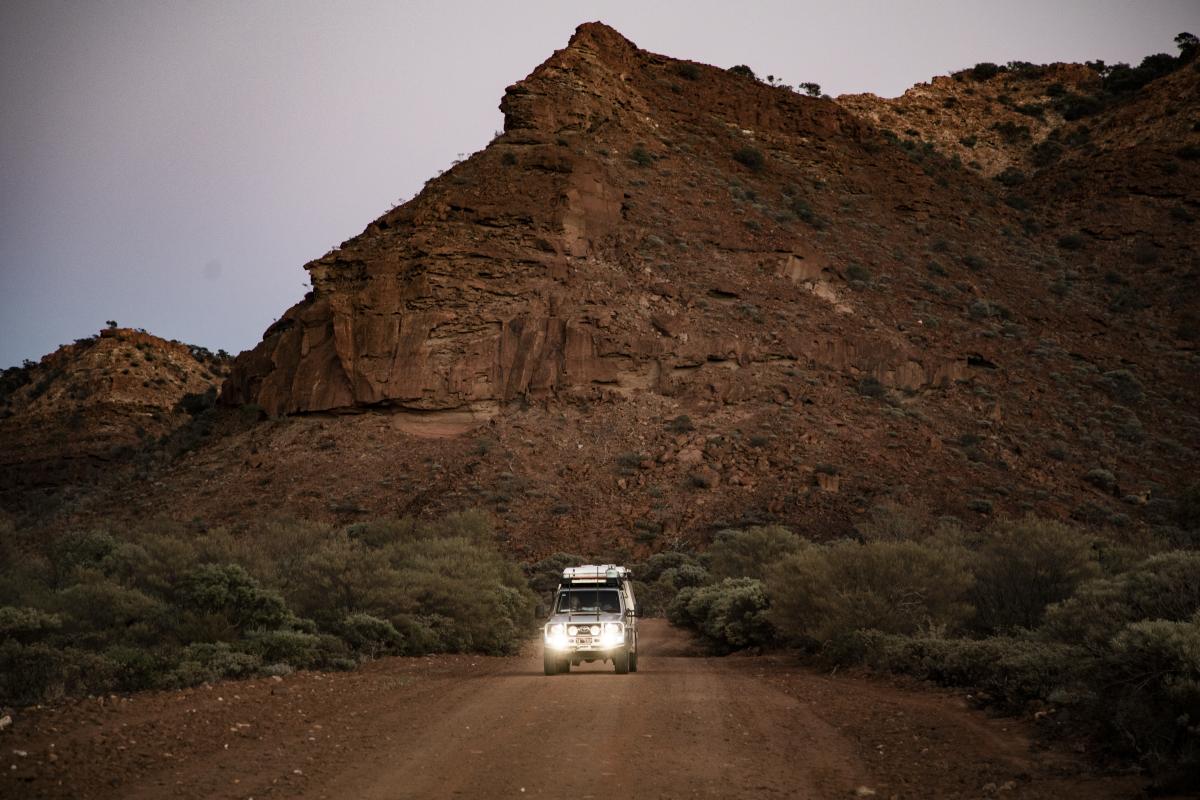 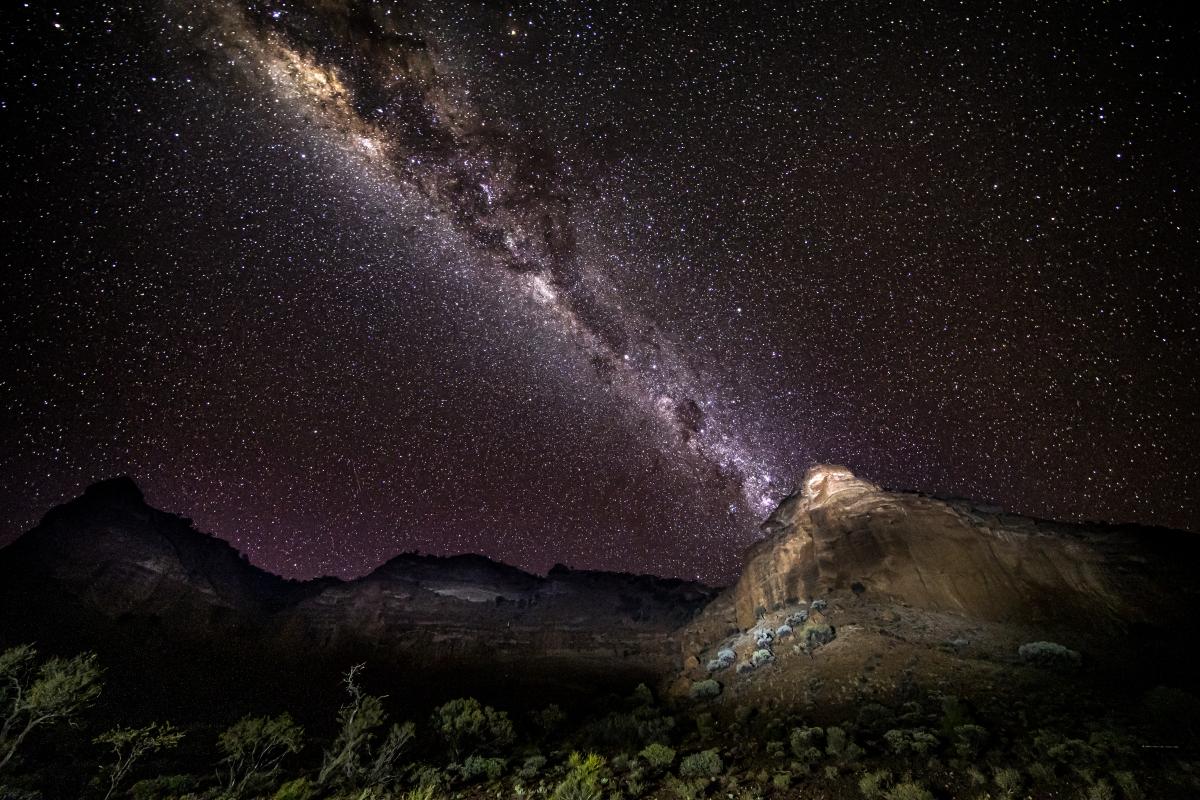 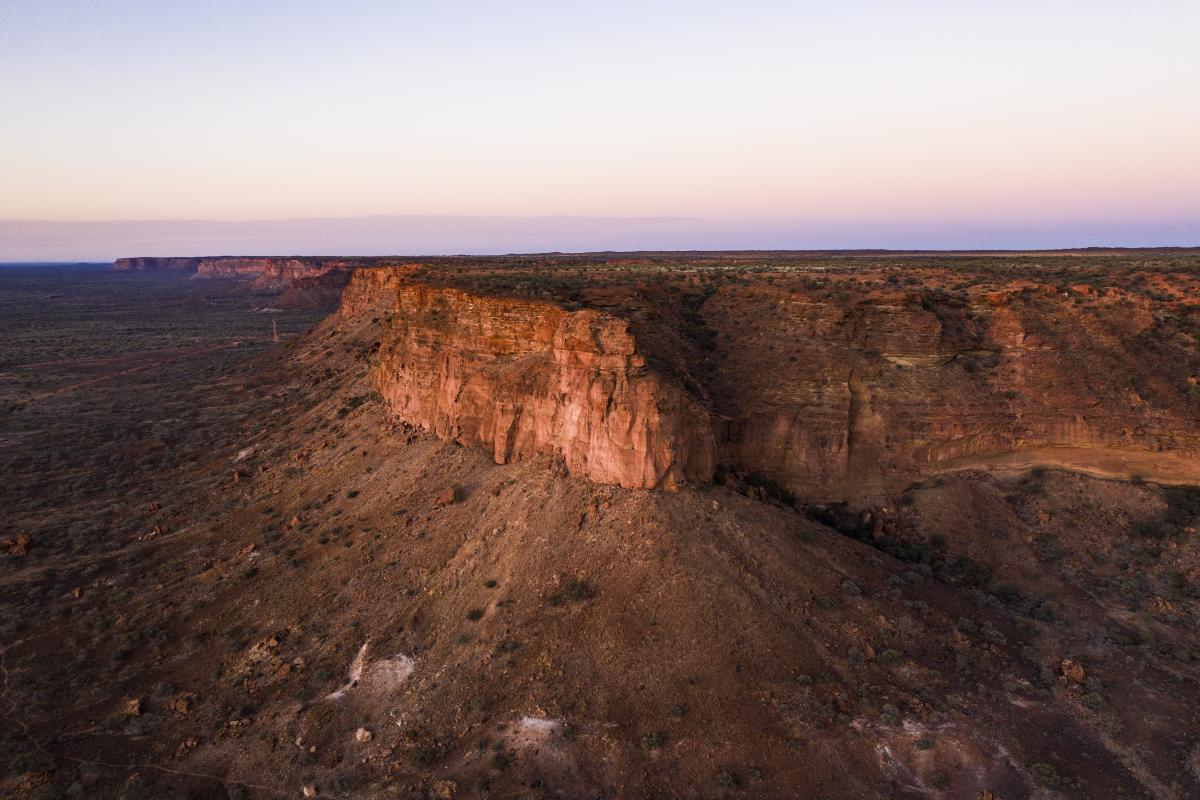 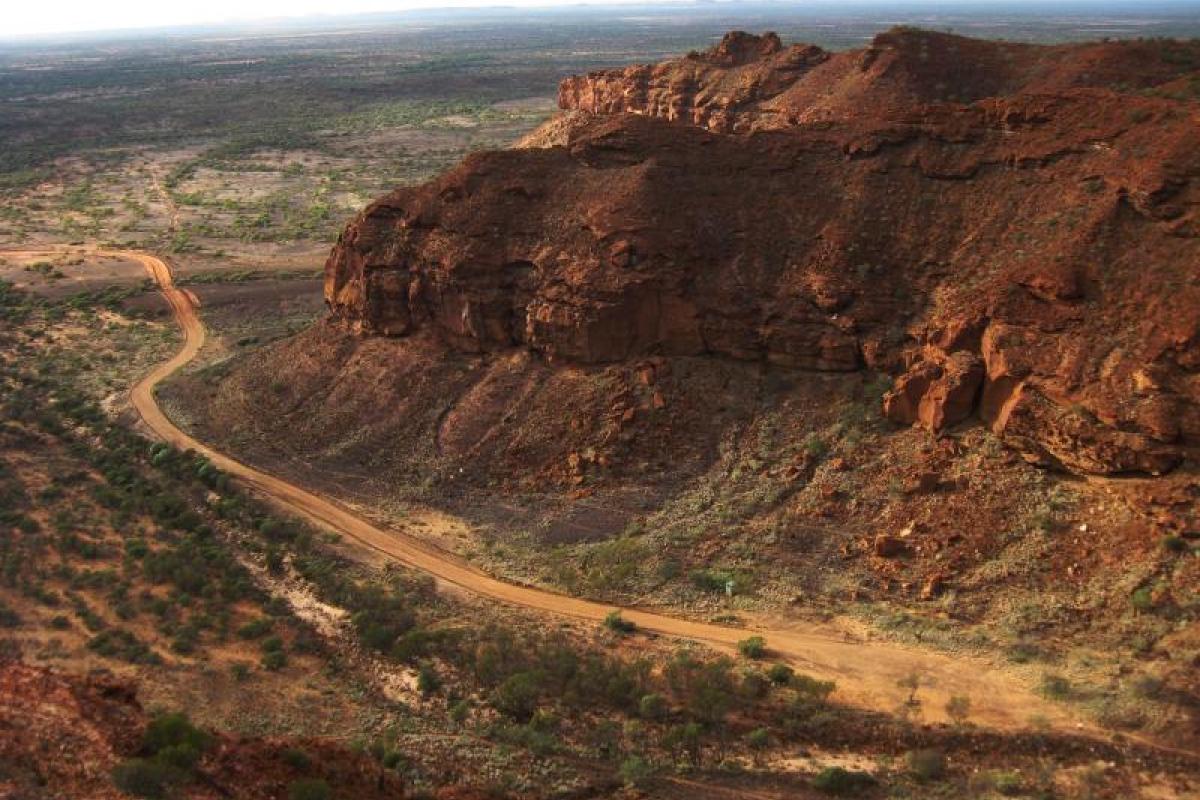 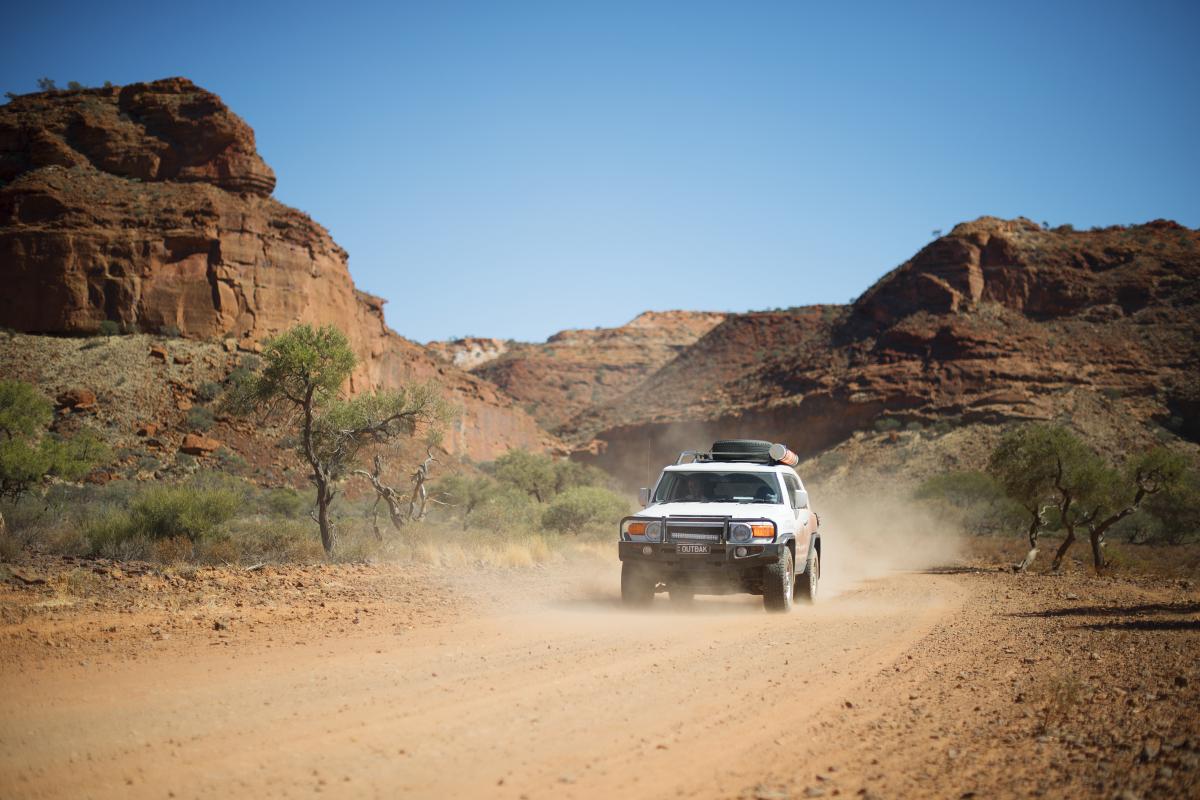 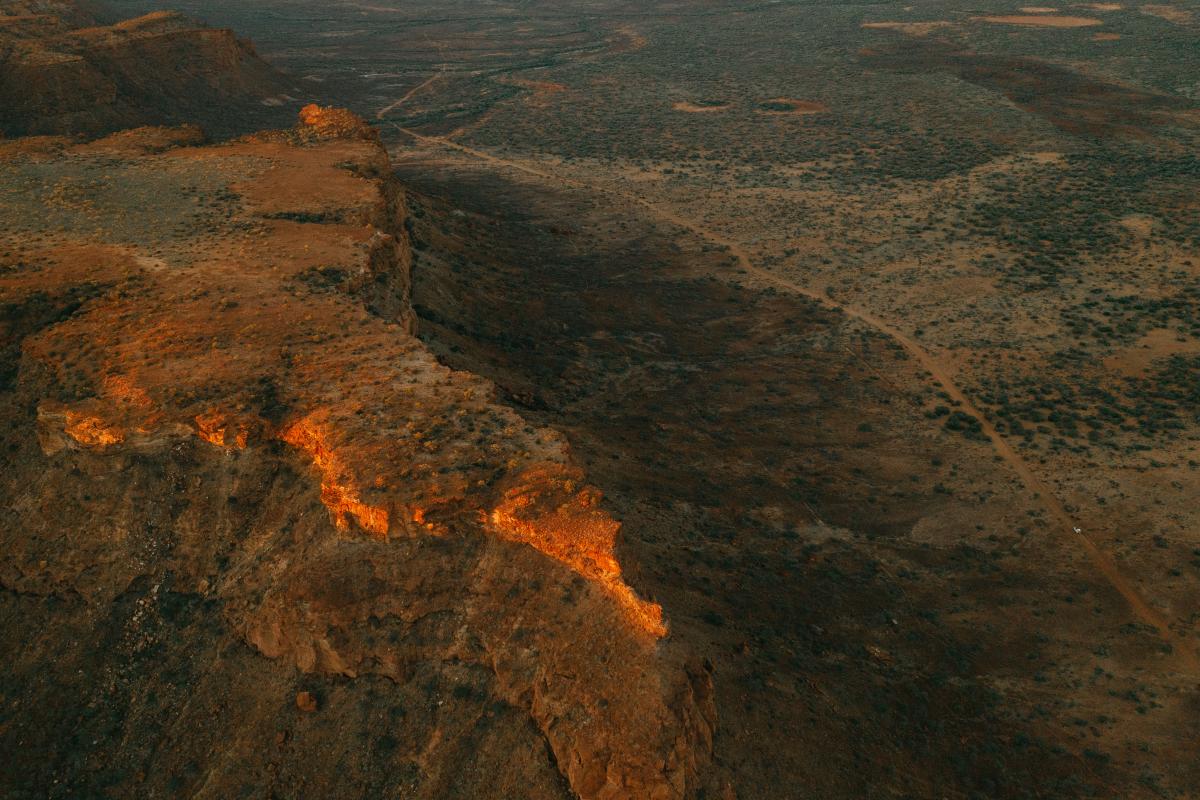 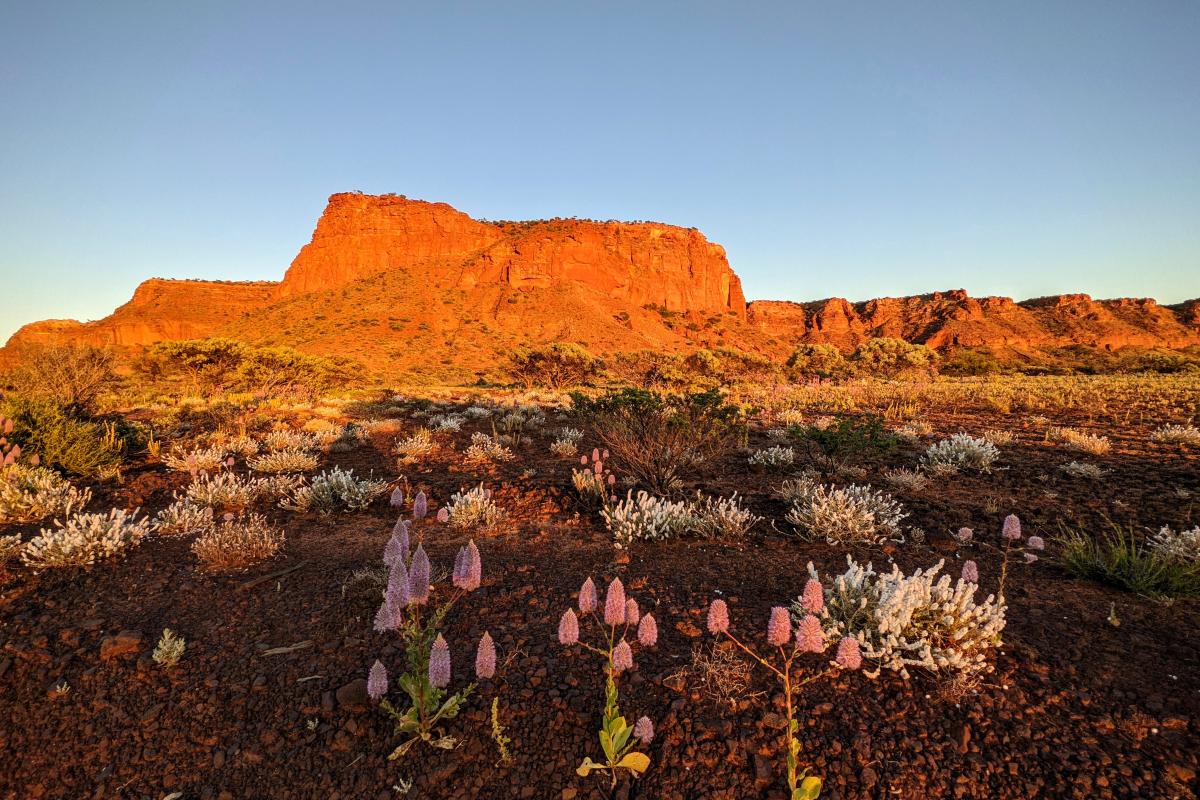 Visit the Atlas of Living Australia for a list of species recorded in Kennedy Range National Park.

We recognise and acknowledge Aboriginal people as the traditional owners of Kennedy Range National Park.

The Kennedy Range is known as ‘Mundatharrda’ to the local Inggarda Aboriginal language group.

Roads in the inland Gascoyne are mostly unsealed but usually suitable for two-wheel drive vehicles. Roads can be substantially damaged and/or closed after rainfall. Seek local shire information about road conditions.

Fuel supplies are at Gascoyne Junction and at the Mount Augustus Tourist Park. Gascoyne Junction to Mt Augustus is 305km (via the Ullawarra Road) and 288km (via the Carnarvon-Mullewa/Cobra Dairy Creek Road). Be aware that there are long distances between settlements, supplies and services – this is outback Australia. Drive to the road conditions and obey road closures and speed limits. 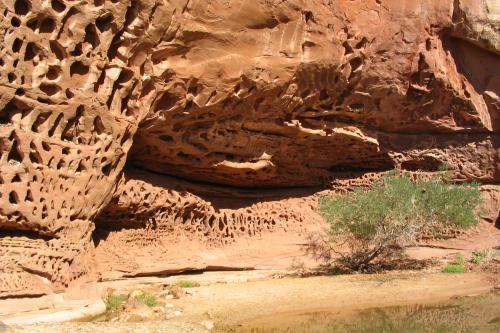 Marvel at the honeycomb cavities eroded into the cliff face. 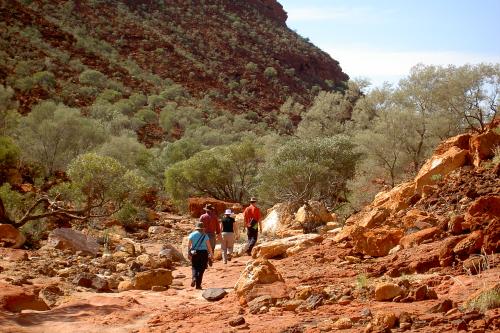 Temple Gorge is the hub for accessing the eastern side of the range. Draper's Gorge cuts deep into the range and features a series of seasonal waterfalls and small rock pools along its length. 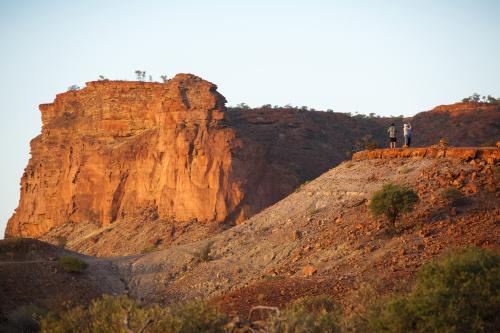 The raised viewing area, a short walk from the carpark, has a good view of the battlement-like face of the range. Sunrise is a particularly good time to experience the view.

The moderately challenging, Class 3 Temple Gorge Trail is located near the campground in the Kennedy Range NP. This 2km return trail follows a dry creek bed to a sandstone rockface known as the Temple.

The challenging Class 4 Drapers Gorge trail is located in the Kennedy Range NP. This 2km return trail follows a stony watercourse. You can expect lots of scrambling up and down steep loose stony slopes and narrow rock ledges to negotiate.

For a great overall impression of the geographical marvel that is the Kennedy Ranges, you can do no better than walk the 5.8 kilometre return Escarpment Base Trail.  There is interesting geology as well as sandalwood (Santalum spicatum) to observe between Temple Gorge Campground and Honeycomb Gorge Trail. A lookout area is a feature of the section between Honeycomb Gorge and Sunrise View trails.

You can start this 3.4 kilometre trail either from the Draper Gorge car park or Temple Gorge campground. If you are capable of going up and down steep sections, getting to the top of the escarpment is well worth the considerable effort as you will be rewarded with panoramic views.

Honeycomb Gorge Trail is a 600 metre trail in the Kennedy Range NP. The trail follows a stony creek bed to a large amphitheatre containing a seasonal waterfall and pool. Marvel at the honeycomb cavities that have been eroded into the cliff face.

Temple Gorge Campground is the place to stay overnight while exploring the walk trails, views and gorges along the eastern edge of the Kennedy Range. 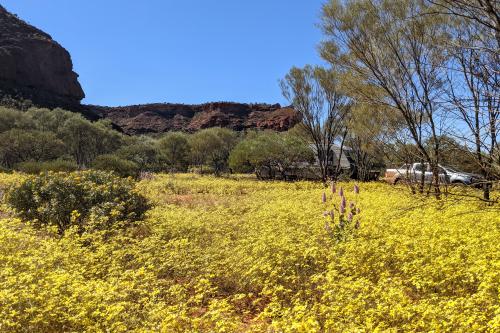