Before the introduction of spotter planes to look out for fires, a network of 18 fire lookout trees and towers were spread out across the south-west forests. From the top of these lookouts, foresters used to scan the landscape around them for the first signs of smoke.

Foresters selected the Gloucester Tree to use as a fire lookout in 1947. It was one of eight lookout trees built in the south-west between 1937 and 1952. There were also 10 other lookout towers constructed from timber or built on high points in the landscape. To determine its suitability as a lookout tree, forester Jack Watson climbed it using climbing boots and a belt. It took him a gruelling six hours to reach the top and return.

Today, the Gloucester Tree has retired from its duties as a fire lookout tree but is available for the enjoyment of visitors. When open - you can climb 53m to the lookout structure for spectacular views over the surrounding karri forest and farmland.

Back to Gloucester National Park 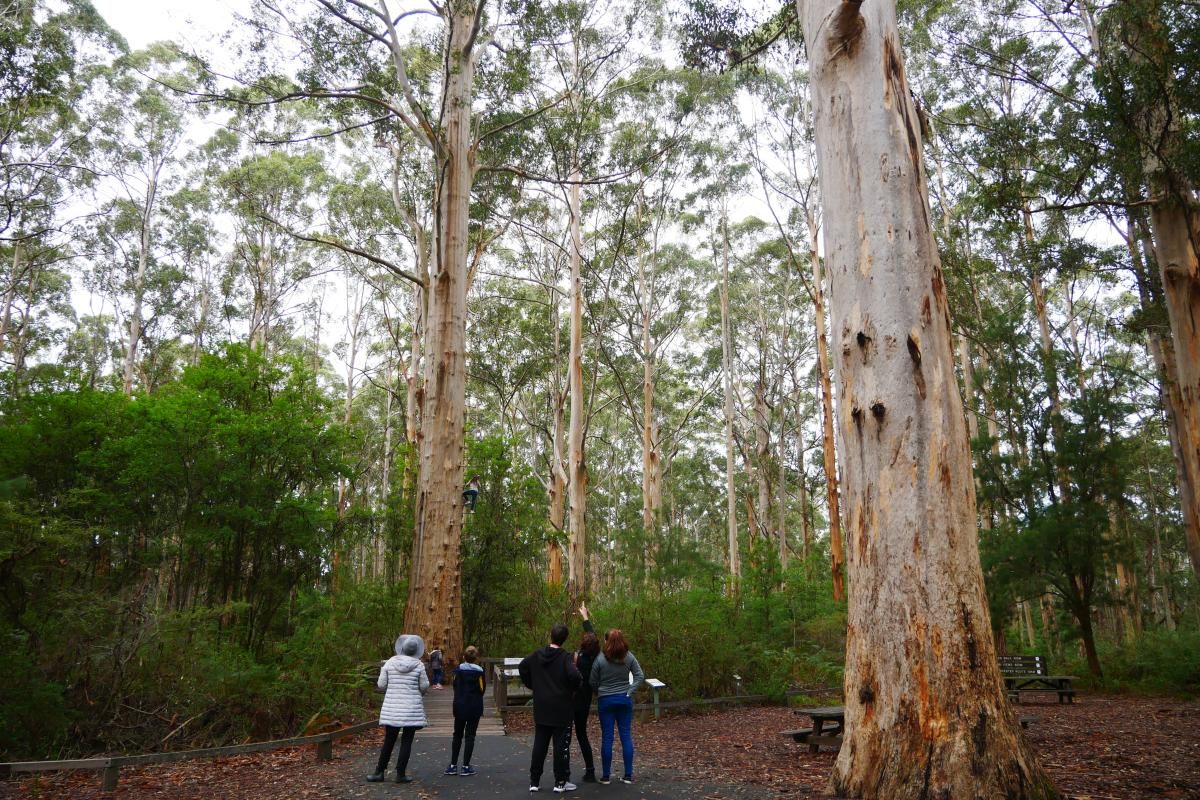 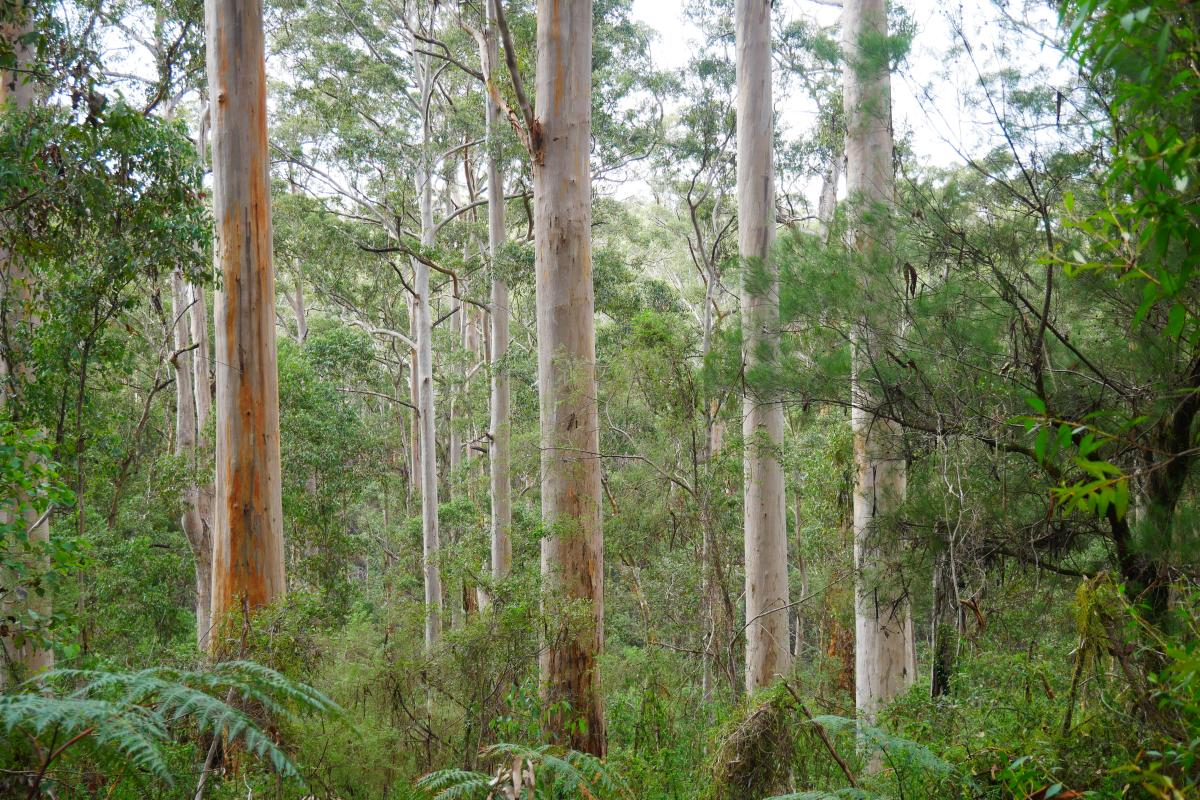 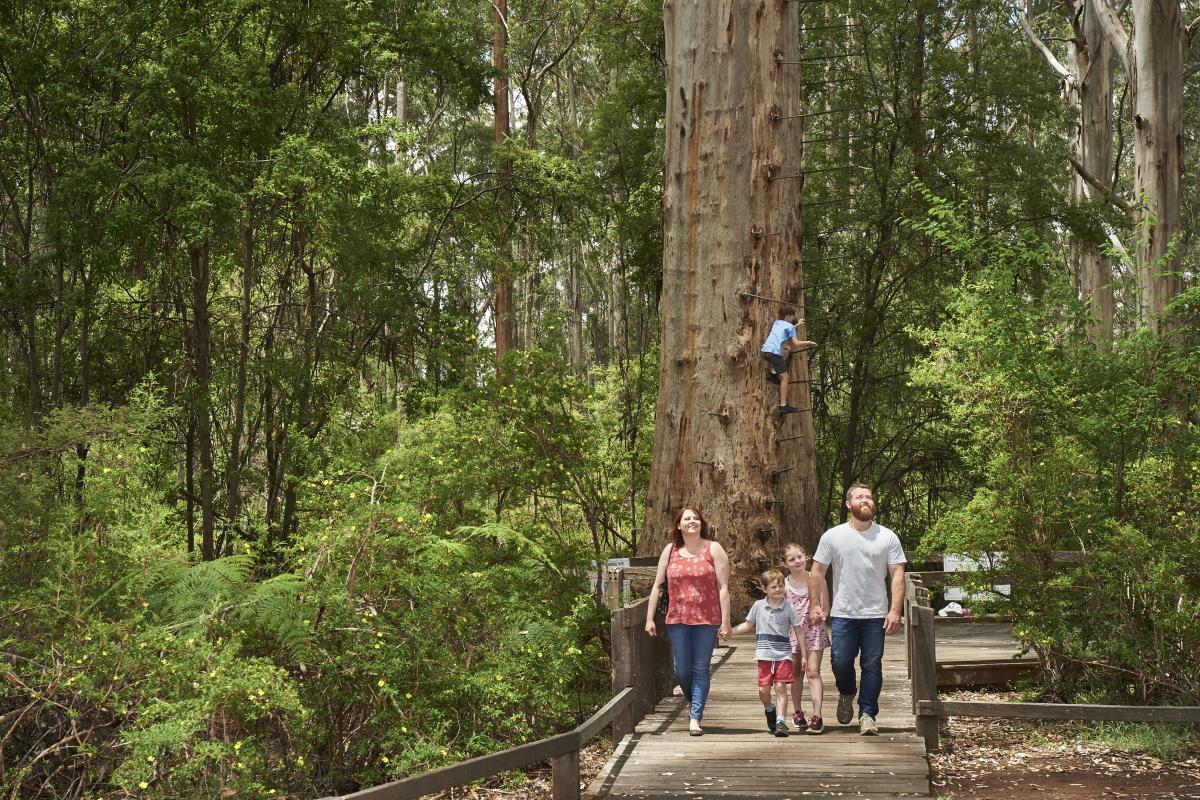 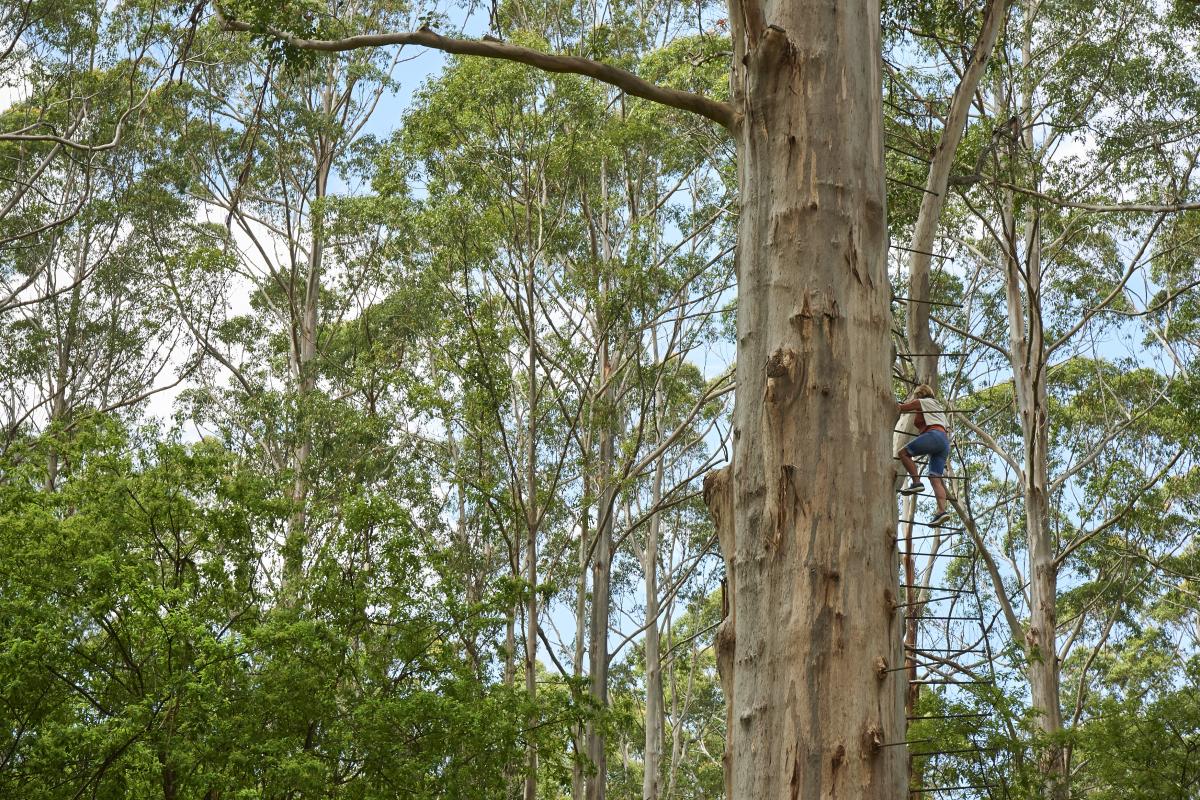 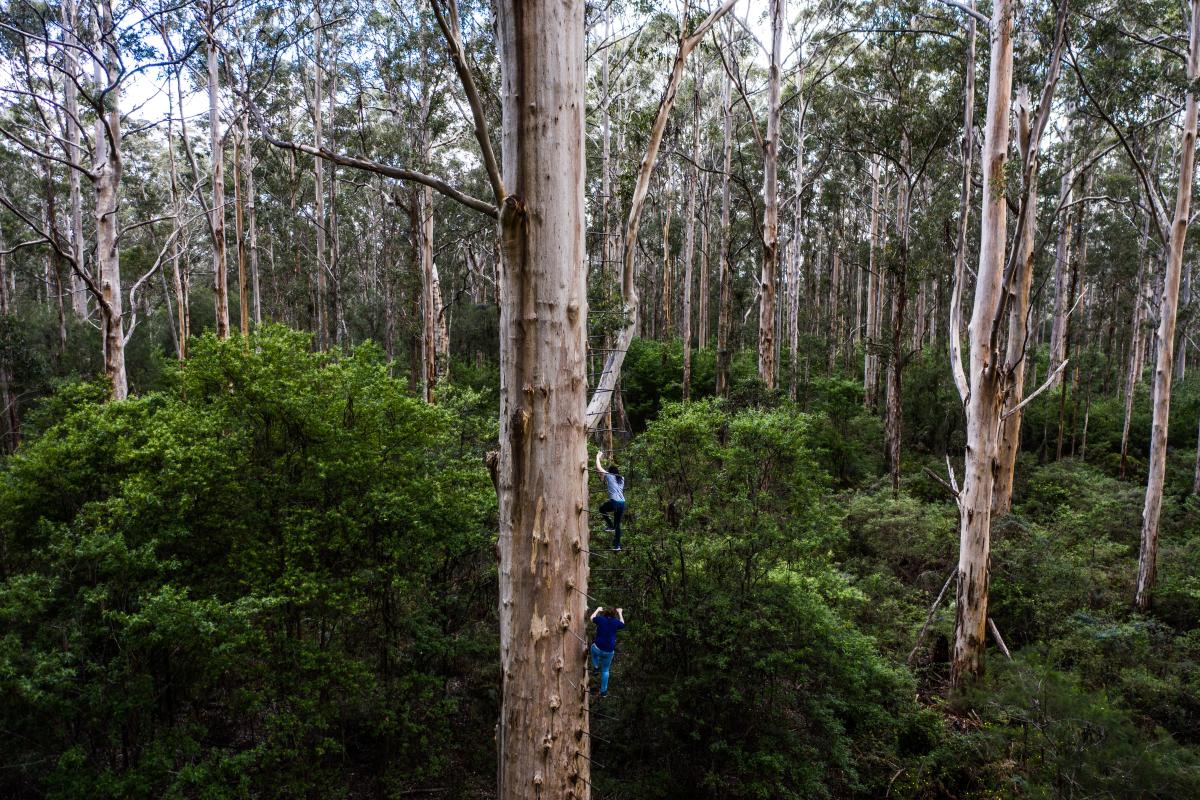 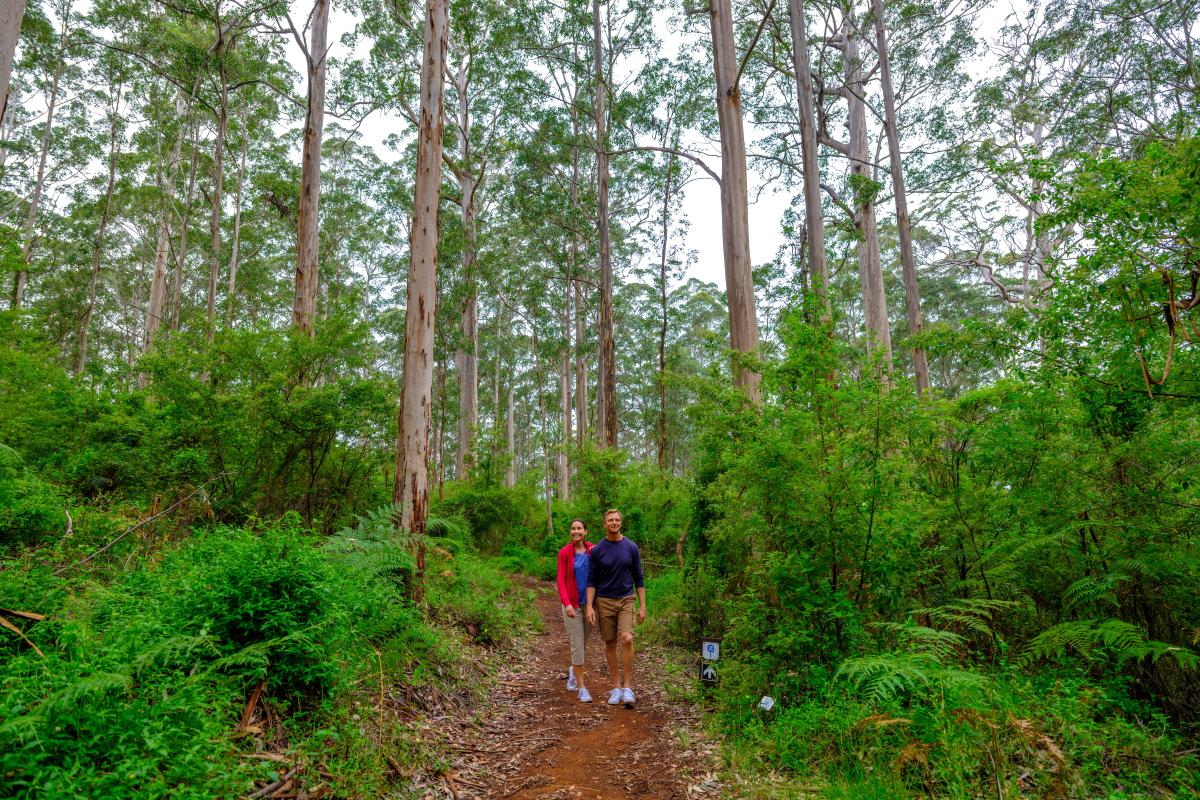 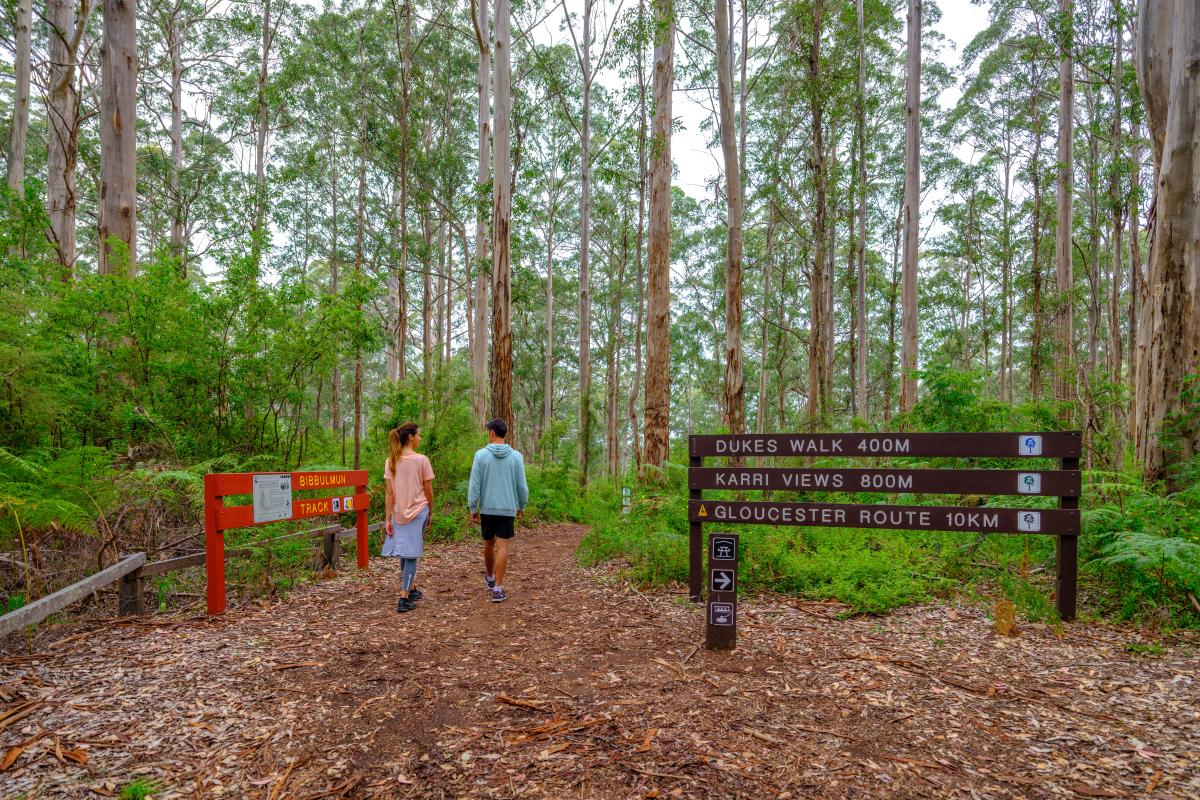 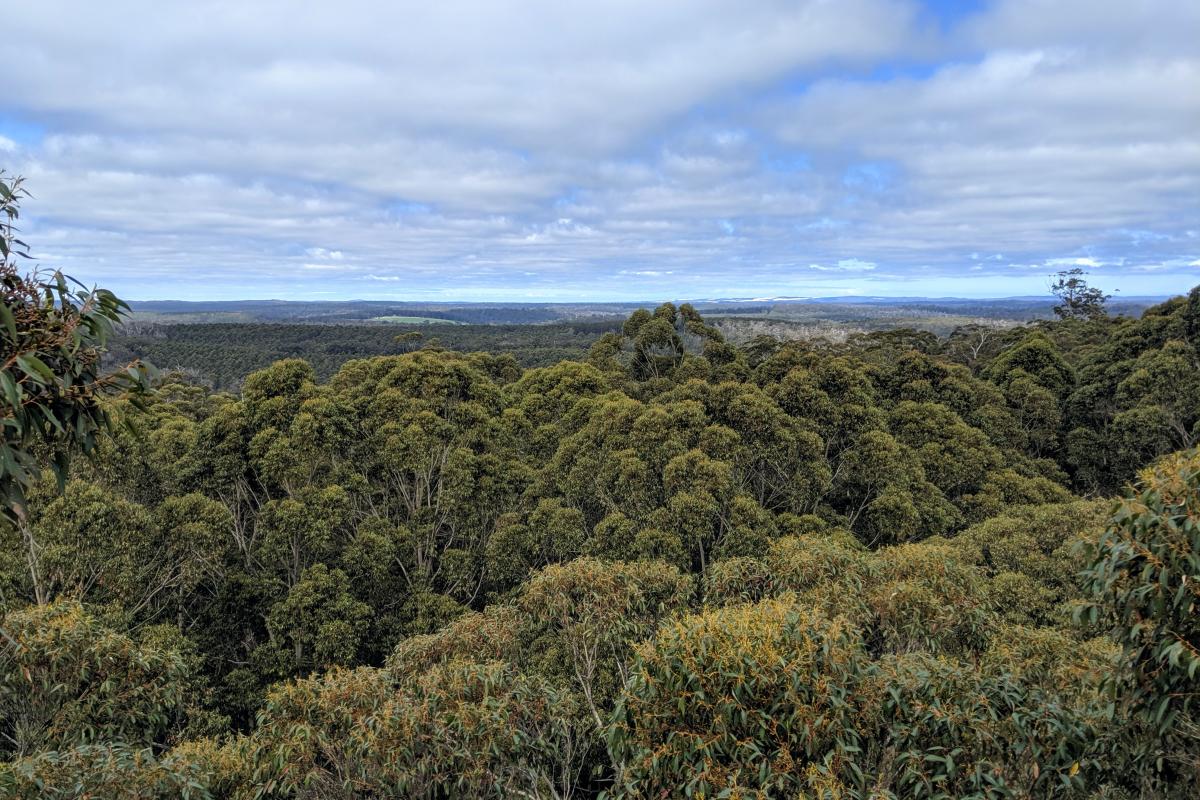 View from the top of the Gloucester Tree 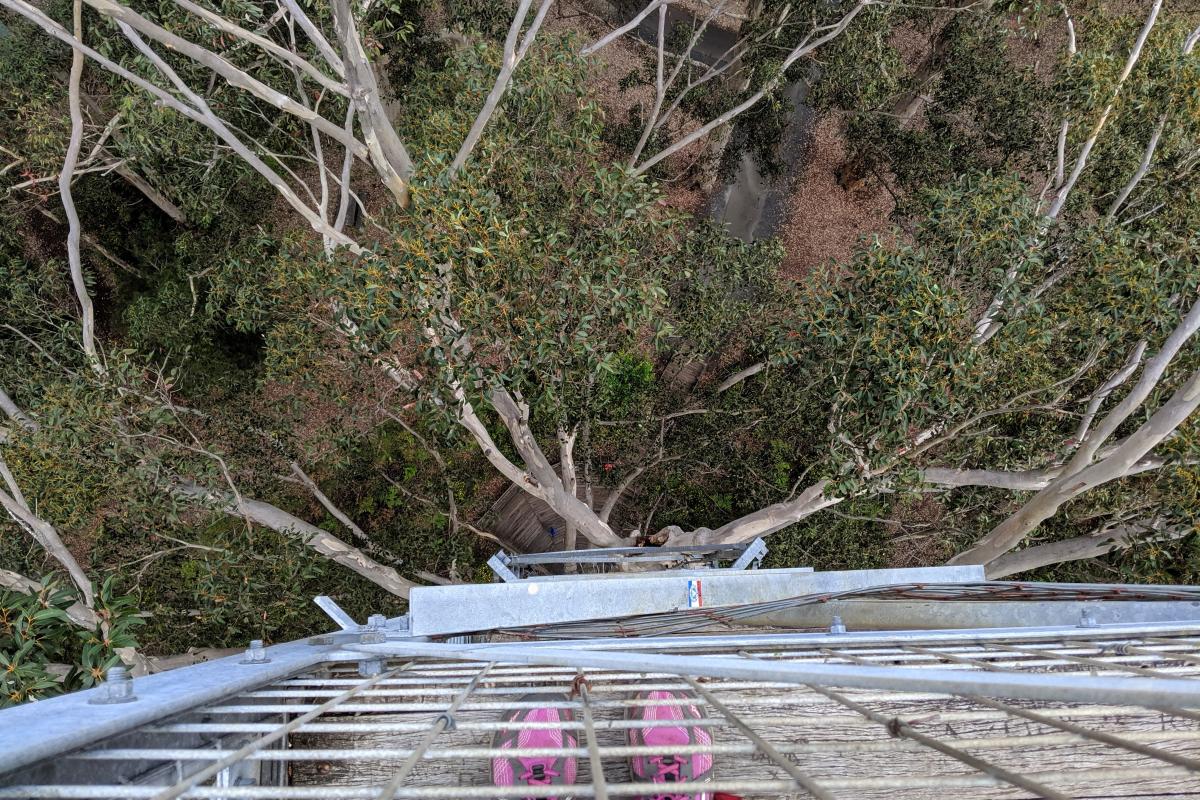 Visit the Atlas of Living Australia for a list of species recorded within a 5km radius of Gloucester Tree.

We recognise and acknowledge Bibbulman people as the traditional owners of Gloucester National Park.

You can get to this site by: Two-wheel drive and large vehicles > 7m