Mylies Beach has a picnic area nestled in the dunes, with a short walk along the edge of a small creek to the beach. The low limestone cliffs at Mylies Beach are an unusual sight. Most of the coastline in the park consists of broad sandy bays separated by headlands and steep cliffs made of very hard quartzite and schist rock that are 400 million years old!

The much younger limestone at Mylies was created during the last two million years when wind-blown dunes of shelly material were dissolved and cemented together by rainfall.

Mylies Beach was named after Mr. Mildwaters, a local publican and farmer, who had a fishing camp at this spot for some years. Mylies Beach offers good fishing and whale watching. During winter, southern right whales may shelter close to shore with their newborn calves.

Back to Fitzgerald River National Park 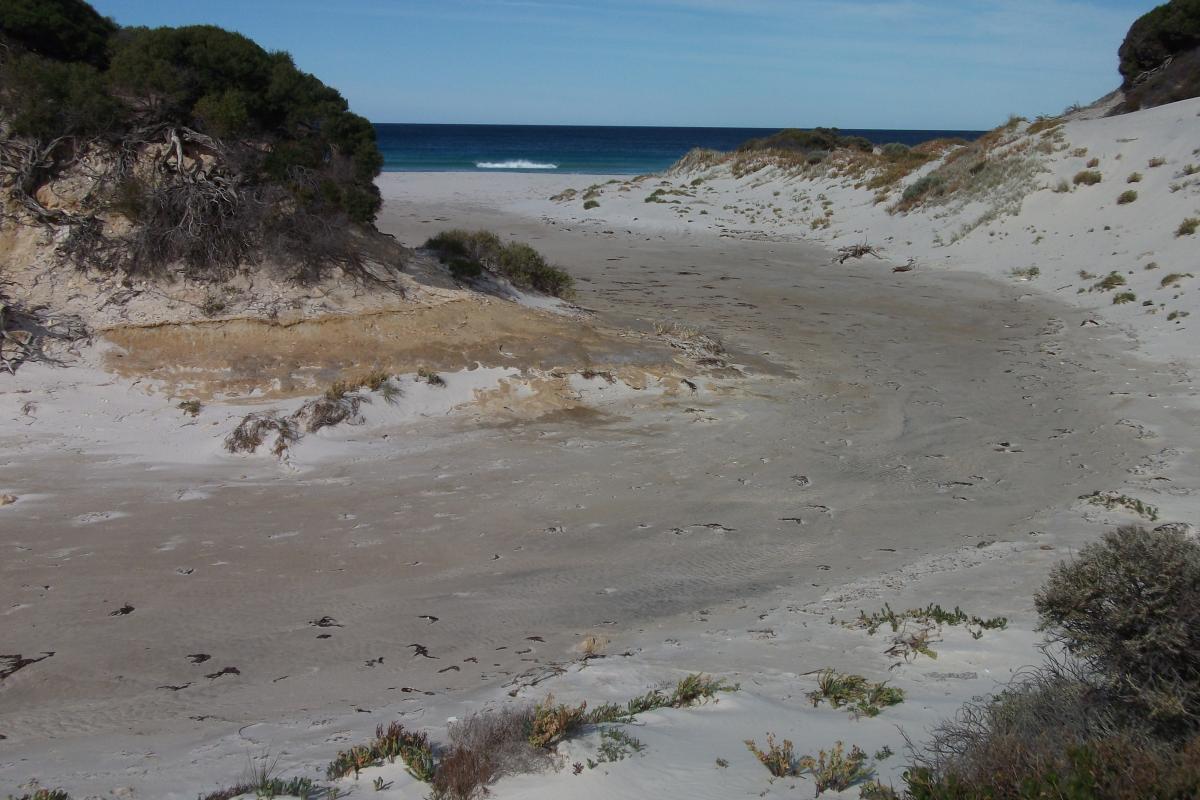 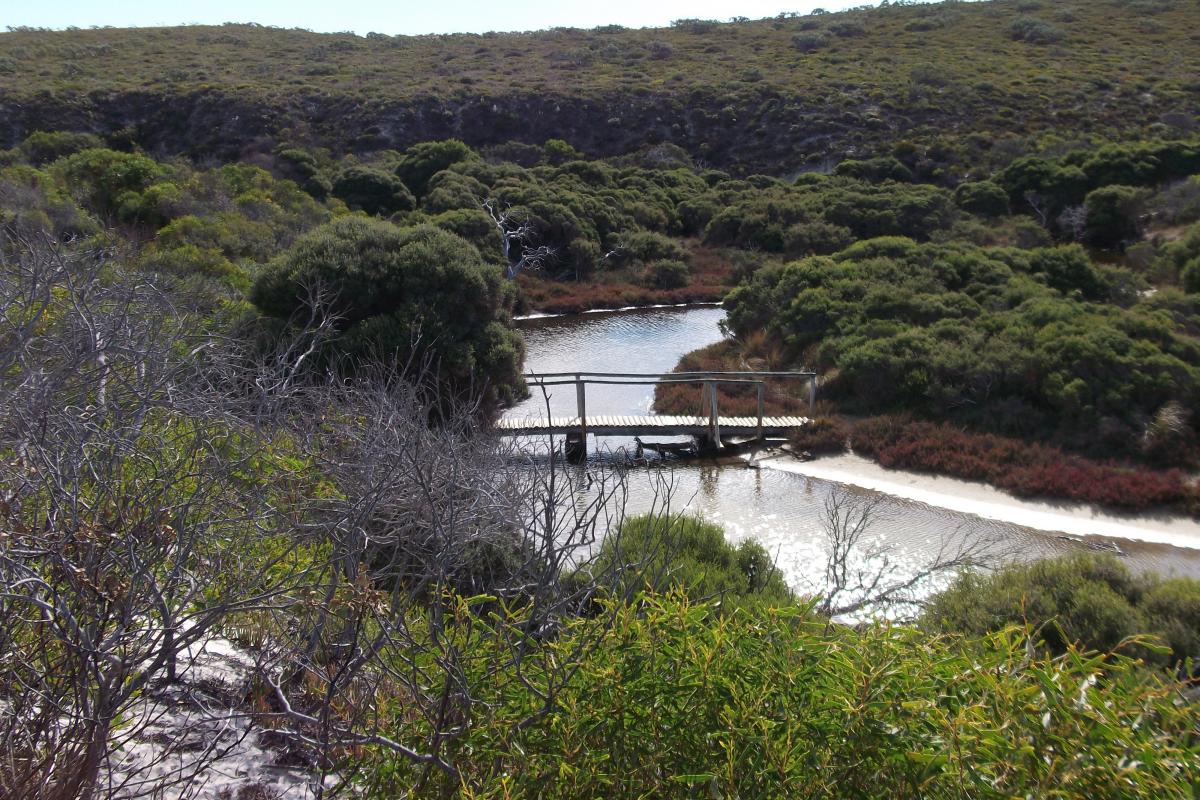 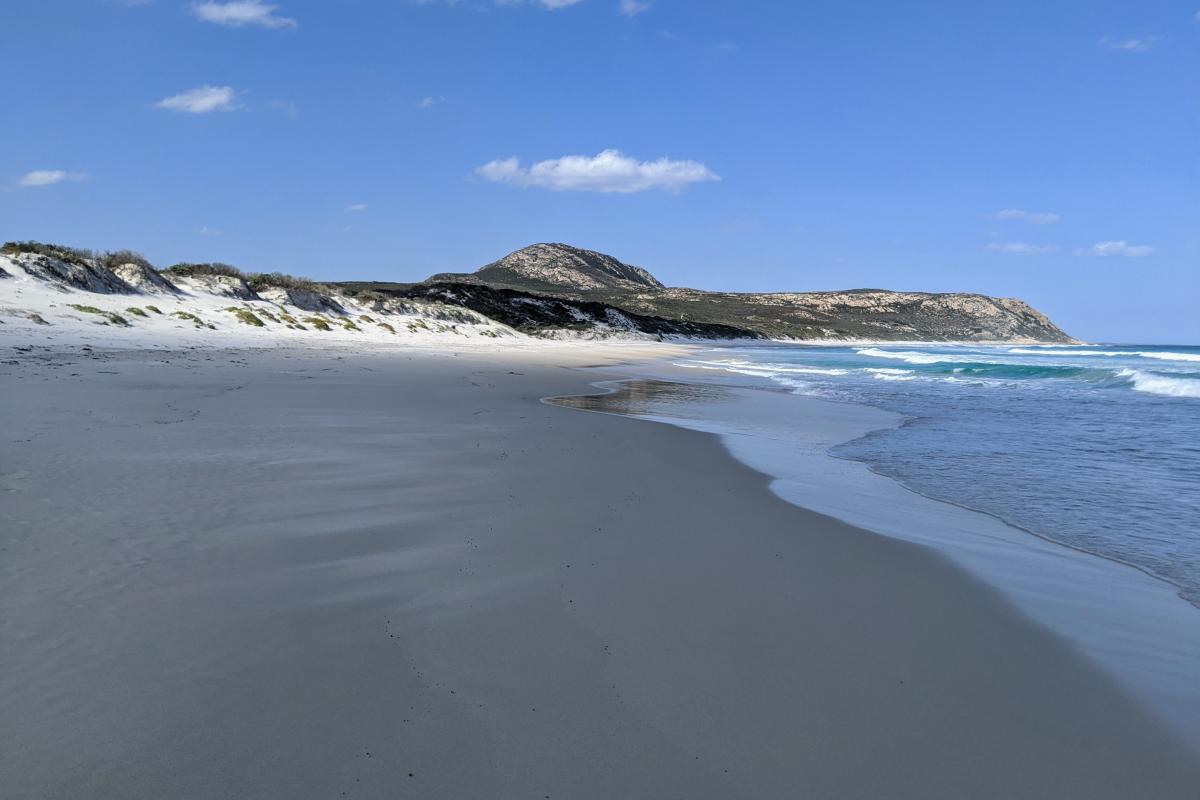 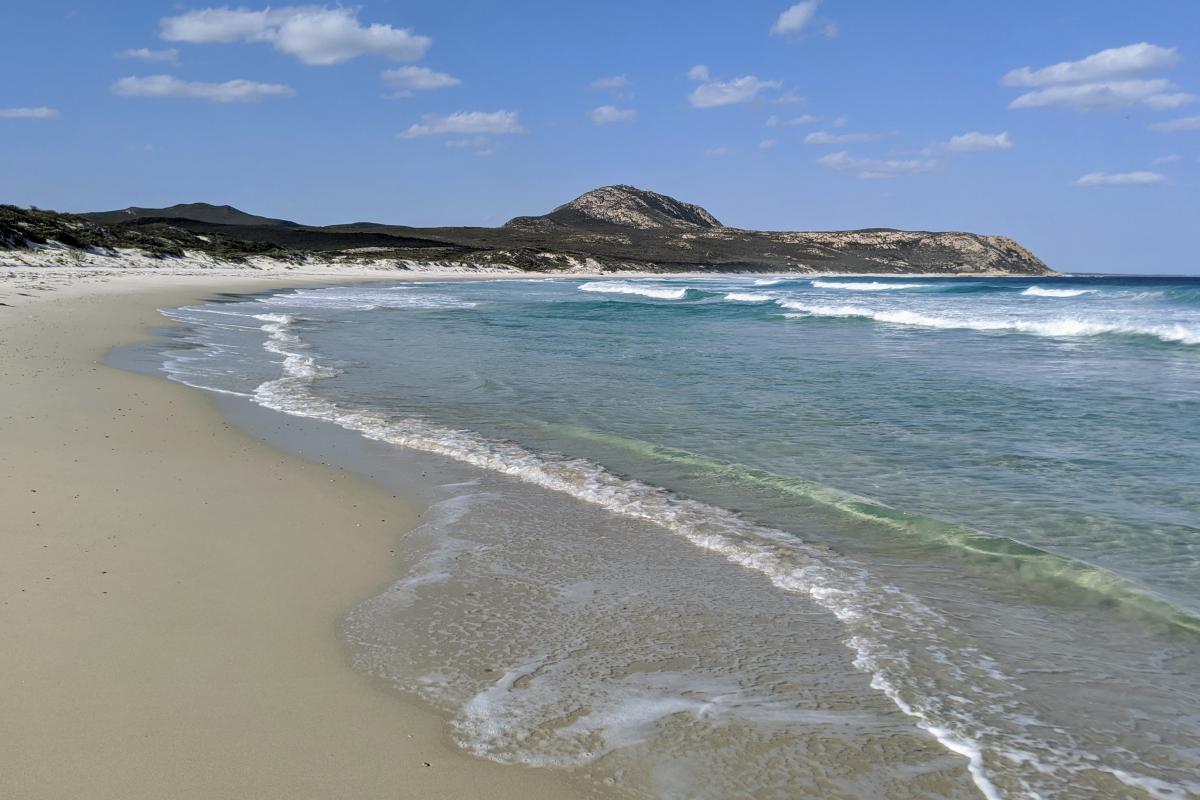 Visit the Atlas of Living Australia for a list of species recorded within a 5km radius of Mylies Beach.

We recognise and acknowledge Goreng, Minang and Wudjari people as the traditional owners of Fitzgerald River National Park.

The beach is 250m from the parking area. On the trail, there are steps leading to an 11m long timber deck bridge over a tidal creek. The path becomes a winding, narrow sand track through the dunes to the back edge of a broad gently sloping beach. The beach is fine, soft sand.