Known to the local Aboriginal people as Gauroojeninya, Pine Hill lies near the northern boundary of the park. It was discovered in 1874 by the pioneers William and Stephen Ponton and John Sharp. They named it after the native pines (Callitris species), which as a termite-resistant wood, later became highly prized for fence posts. They had driven sheep overland from Albany in 1873 and for the next five years settled at Pine Hill until they learned of superior country further north around Balladonia.

Today all that remains at Pine Hill is a dam, ruins of an oven and travellers’ graves.

Back to Cape Arid National Park 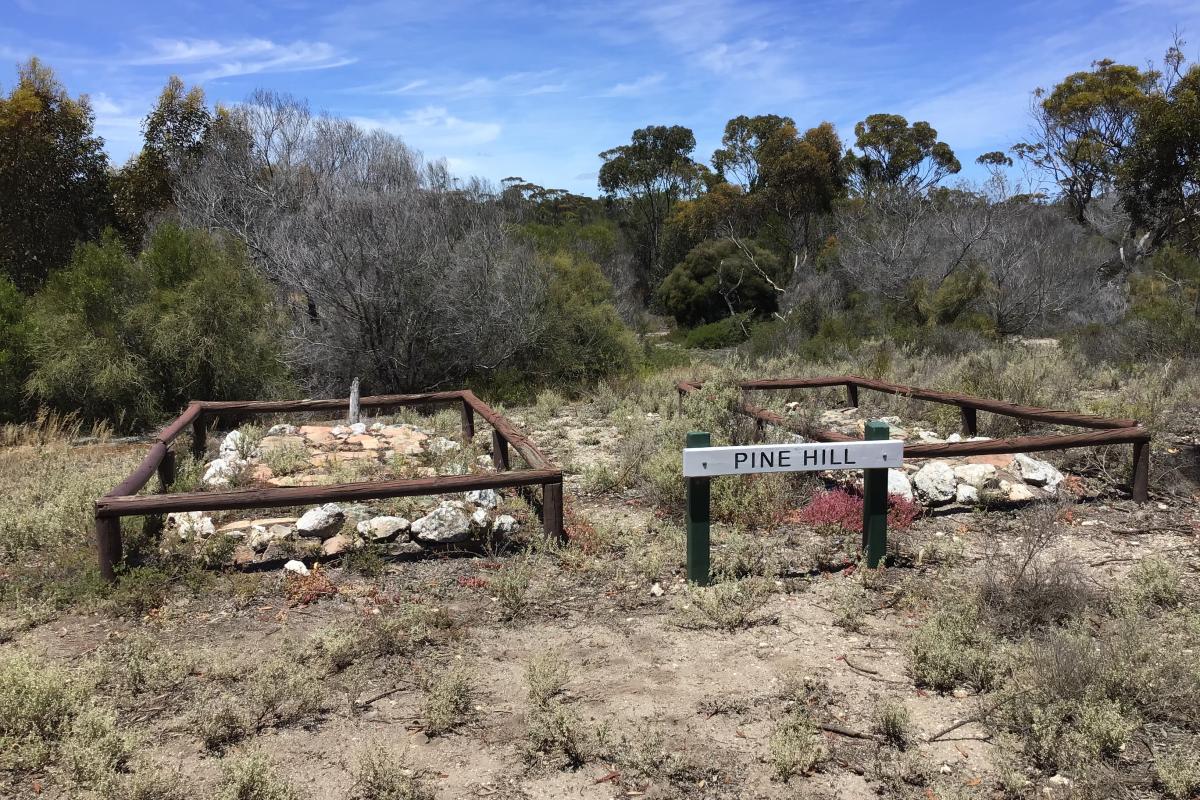 Visit the Atlas of Living Australia for a list of species recorded within a 5km radius of Pine Hill.

We recognise and acknowledge Ngatjumay and Wudjari people as the traditional owners of Cape Arid National Park.

Pine Hill is only accessible from the south on Fisheries Track.

From Fisheries Road the Balladonia Track is a rough, rocky sand track. May be impassable when wet.