Rossiter Bay was named by explorer Edward John Eyre after the Captain of a whaling vessel who came to his aid. In June 1841, suffering from a near-disastrous crossing of the Nullarbor, Eyre’s exhausted party had been heading for Thistle Cove where Captain Matthew Flinders had previously recorded freshwater. Eyre was relieved to find Rossiter’s ship, the Mississippi, anchored in the bay. Rossiter and his crew assisted Eyre and his Aboriginal companion Wylie so that they were able to recuperate and continue their overland journey to Albany.

Launching boats at Rossiter Bay is not recommended. Be aware that these beaches are notoriously treacherous for vehicles and it is easy to become bogged in the most innocent looking wet or dry sand. Ask the ranger about surface conditions and tides. 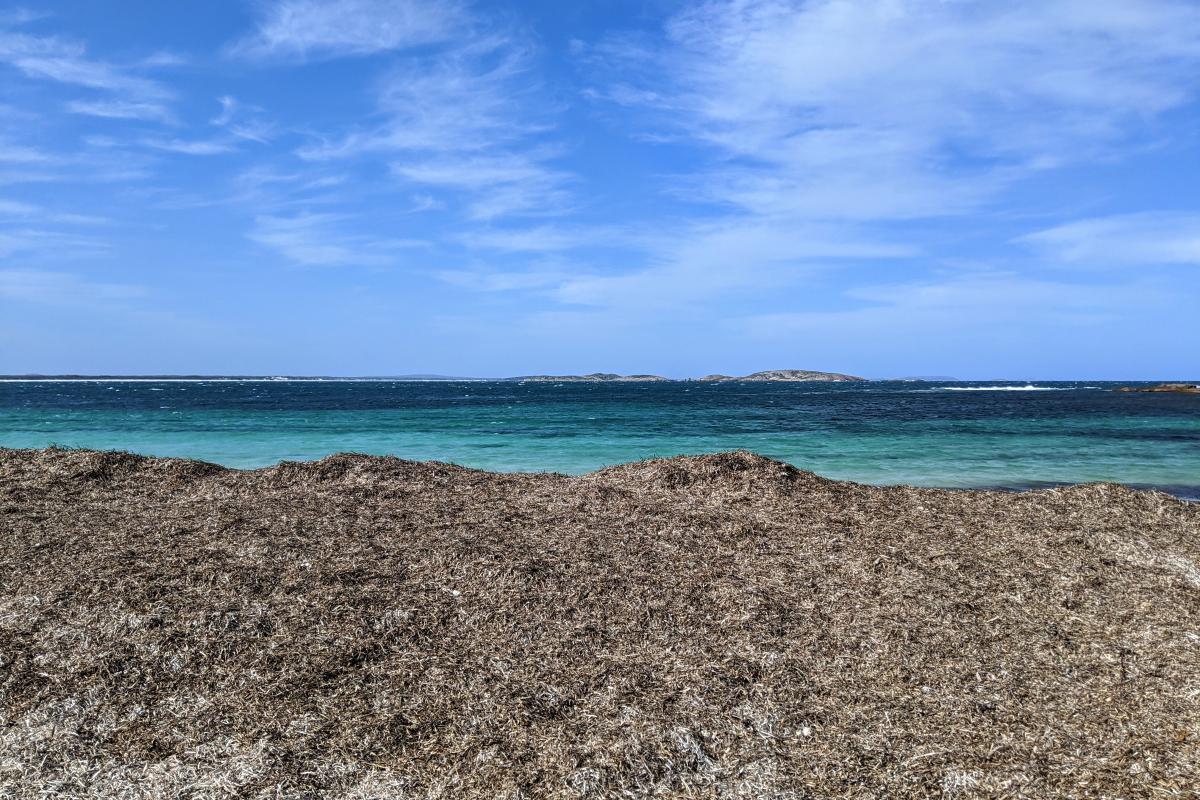 Seagrass on the beach at Rossiter Bay 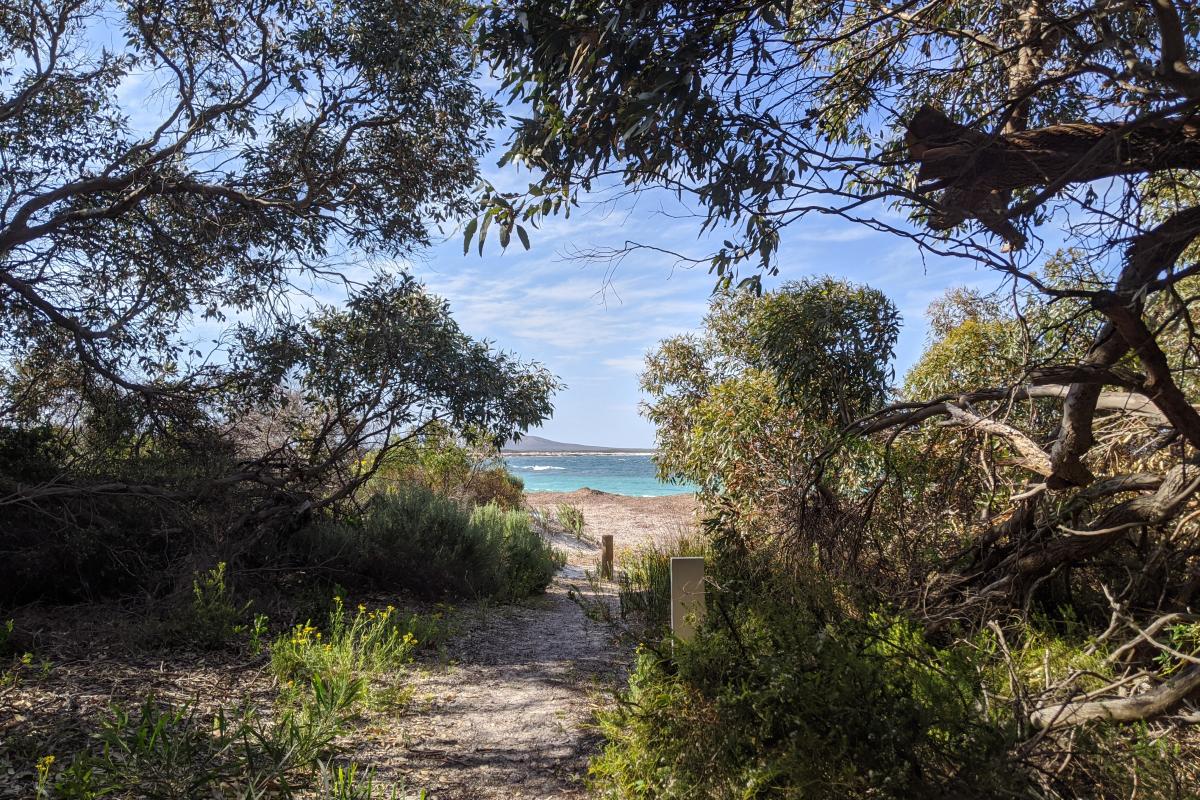 Picnic table in the shade 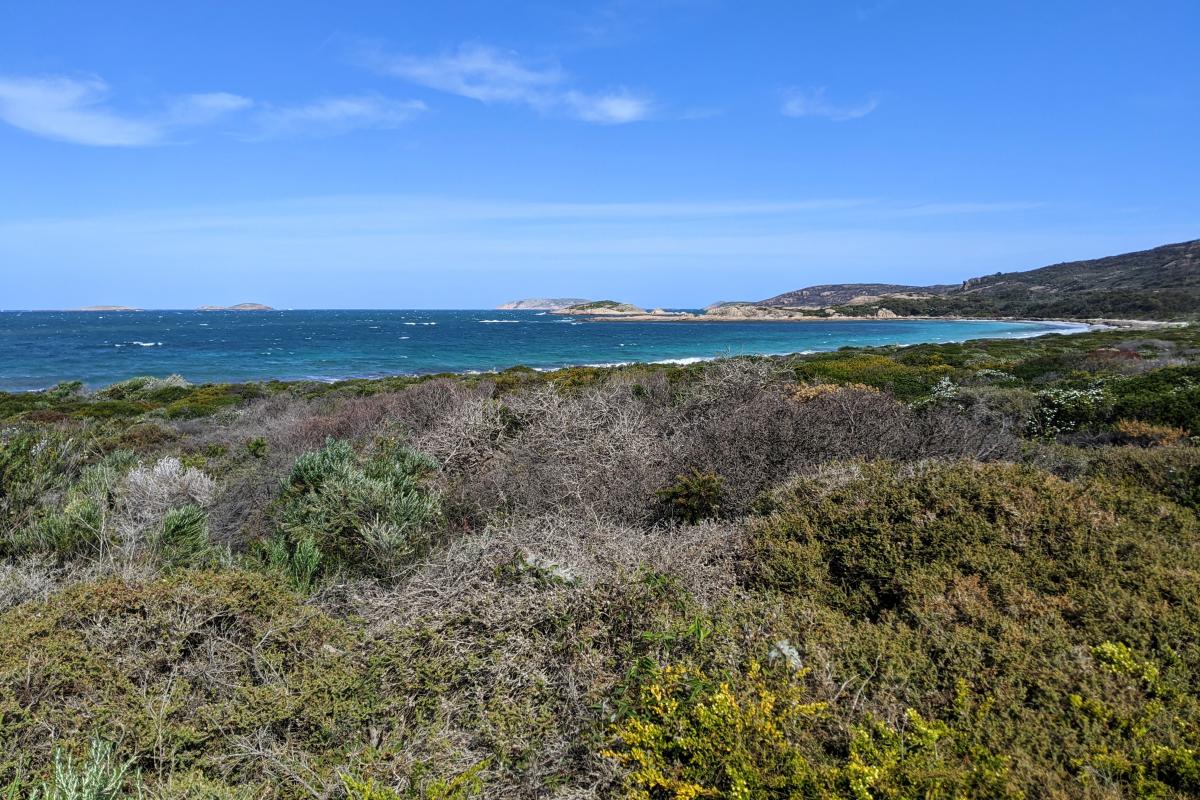 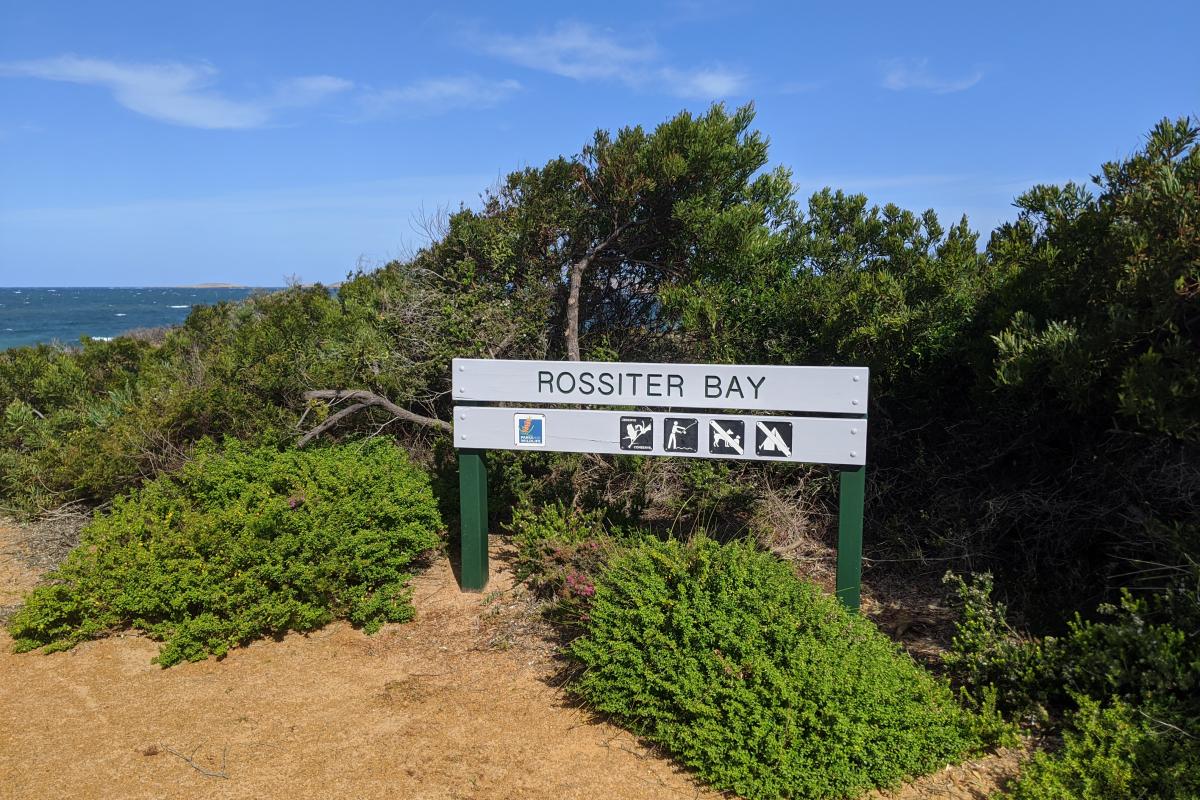 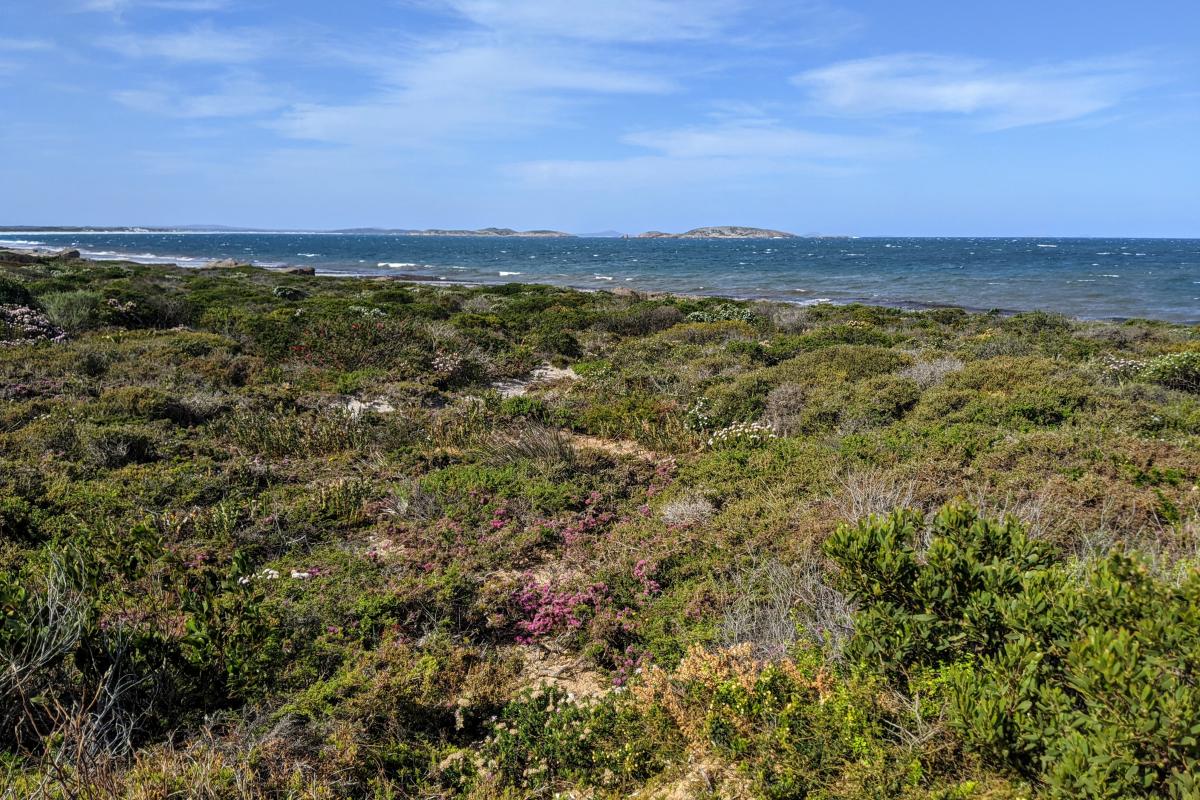 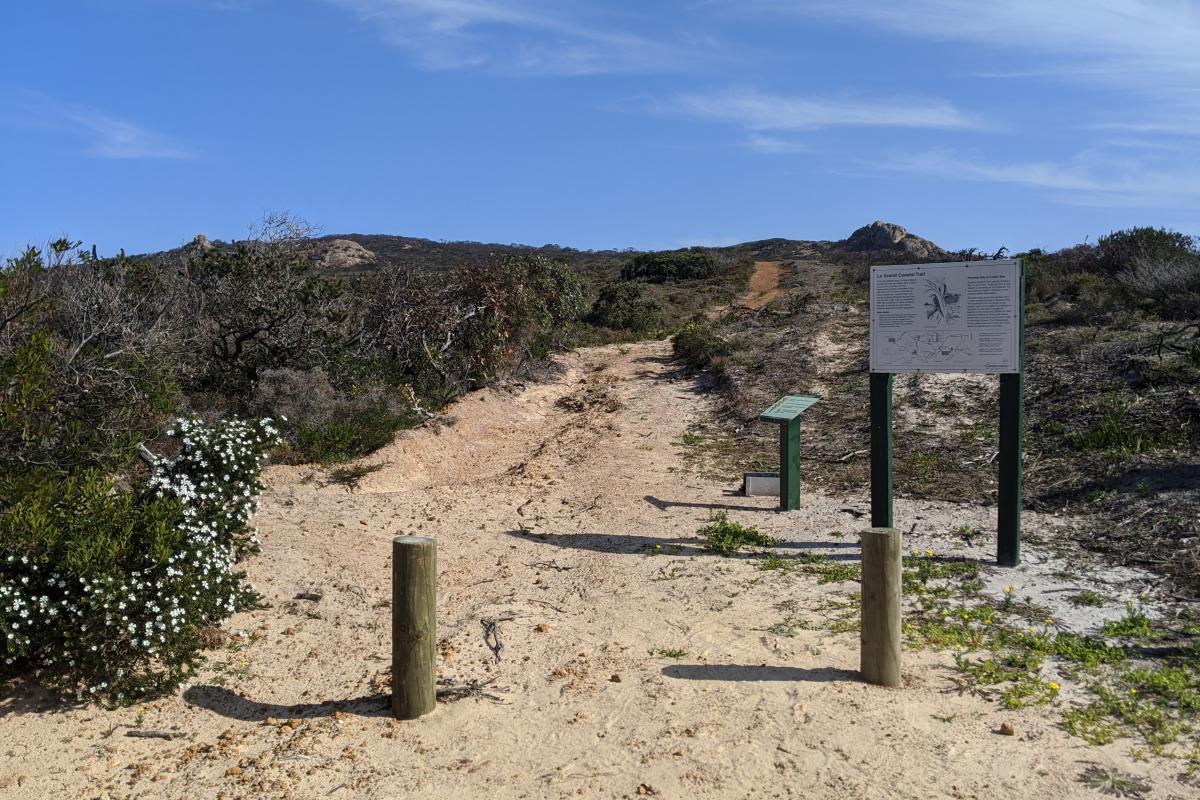 The start (or end) of the Le Grand Coastal Trail 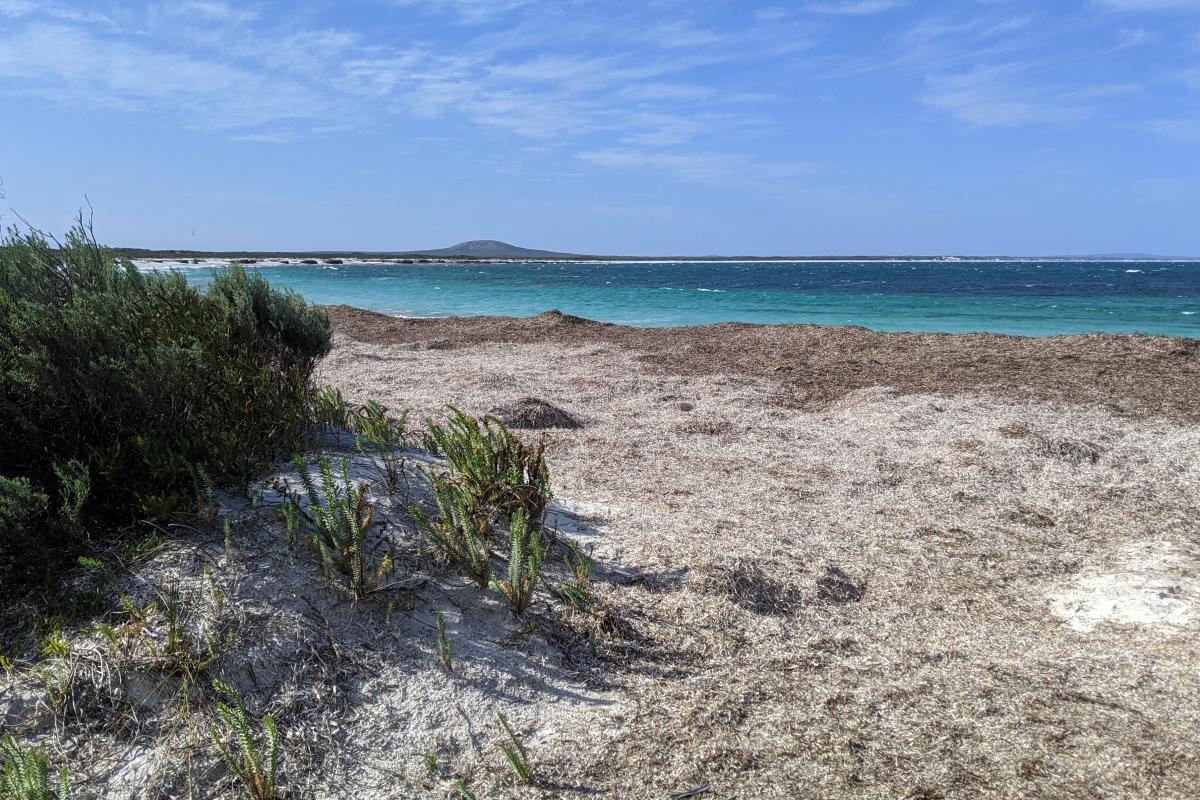 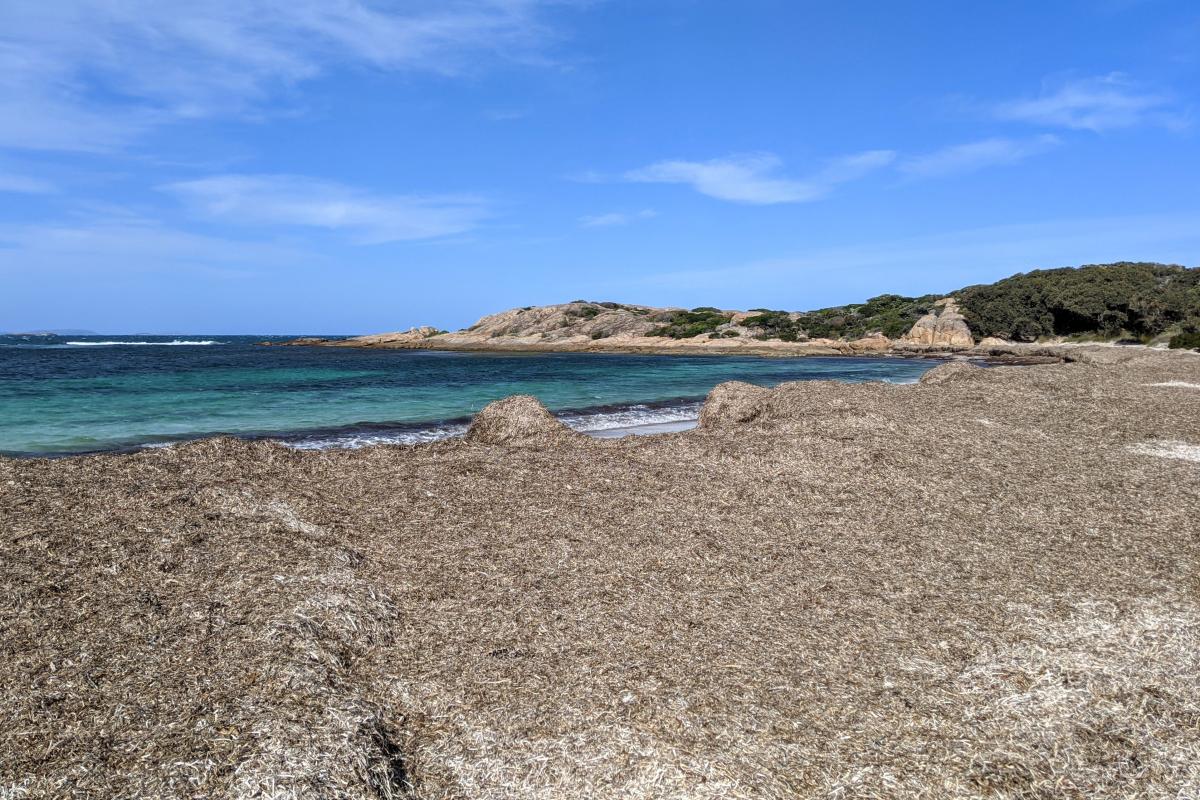 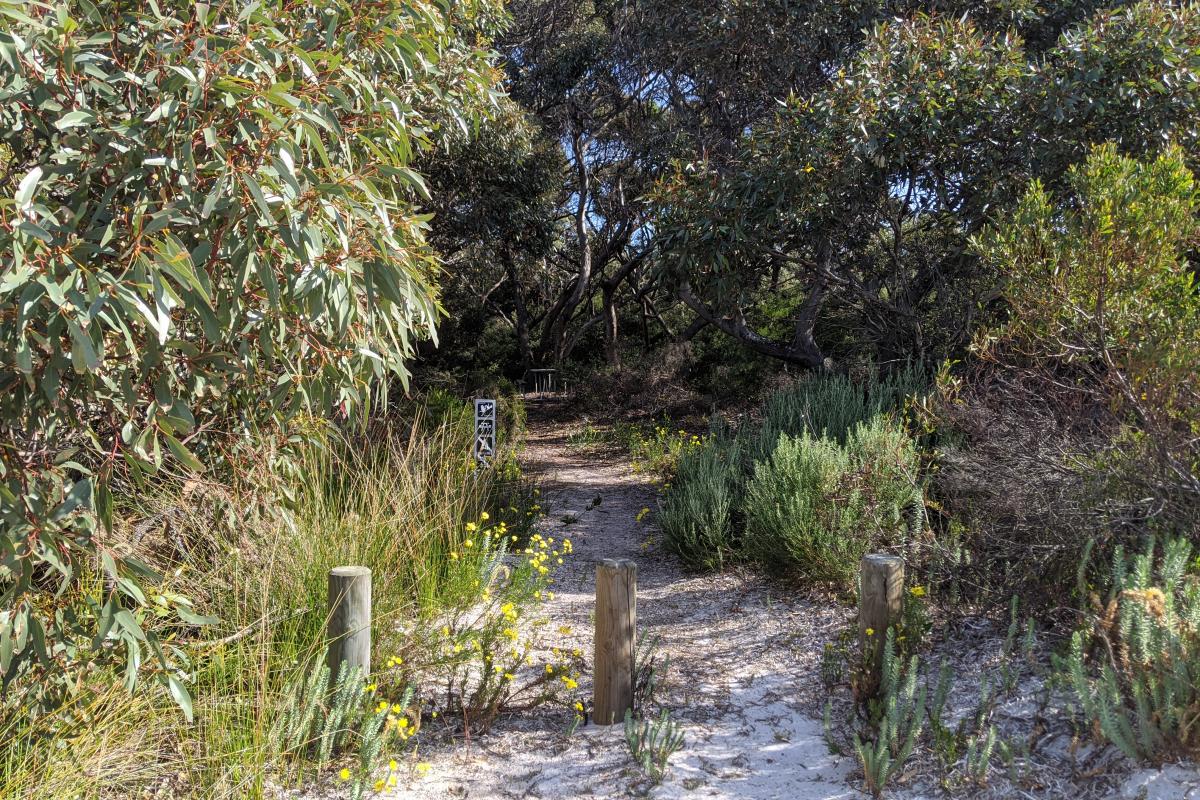 Visit the Atlas of Living Australia for a list of species recorded within a 5km radius of Rossiter Bay.