Captain Matthew Flinders named Thistle Cove in 1802 after the ship’s master John Thistle. Exploring the southern coast in HMS Investigator, Flinders was pleased when Thistle discovered a source of freshwater here. Low-lying areas on the coastal plain are dotted with small freshwater wetlands which support a distinctive community of plants and animals. These freshwater sources were also important to Aboriginal people who camped here during seasonal journeys to and from the coast.

Natural features near Thistle Cove are connected to Mandooboornup (Frenchman Peak) in an Aboriginal Dreaming story. Enjoy a picnic (table provided) and explore marvellously sculpted rock formations that capture the sounds of the wind and waves. 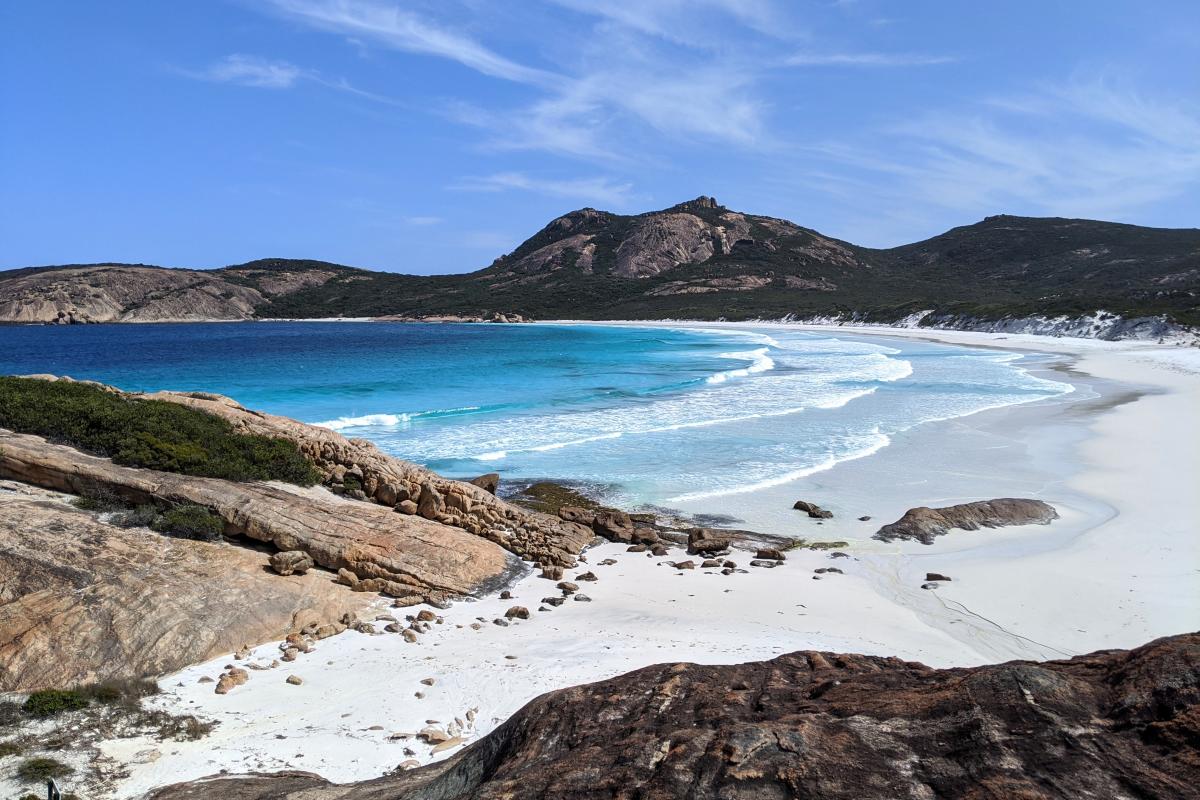 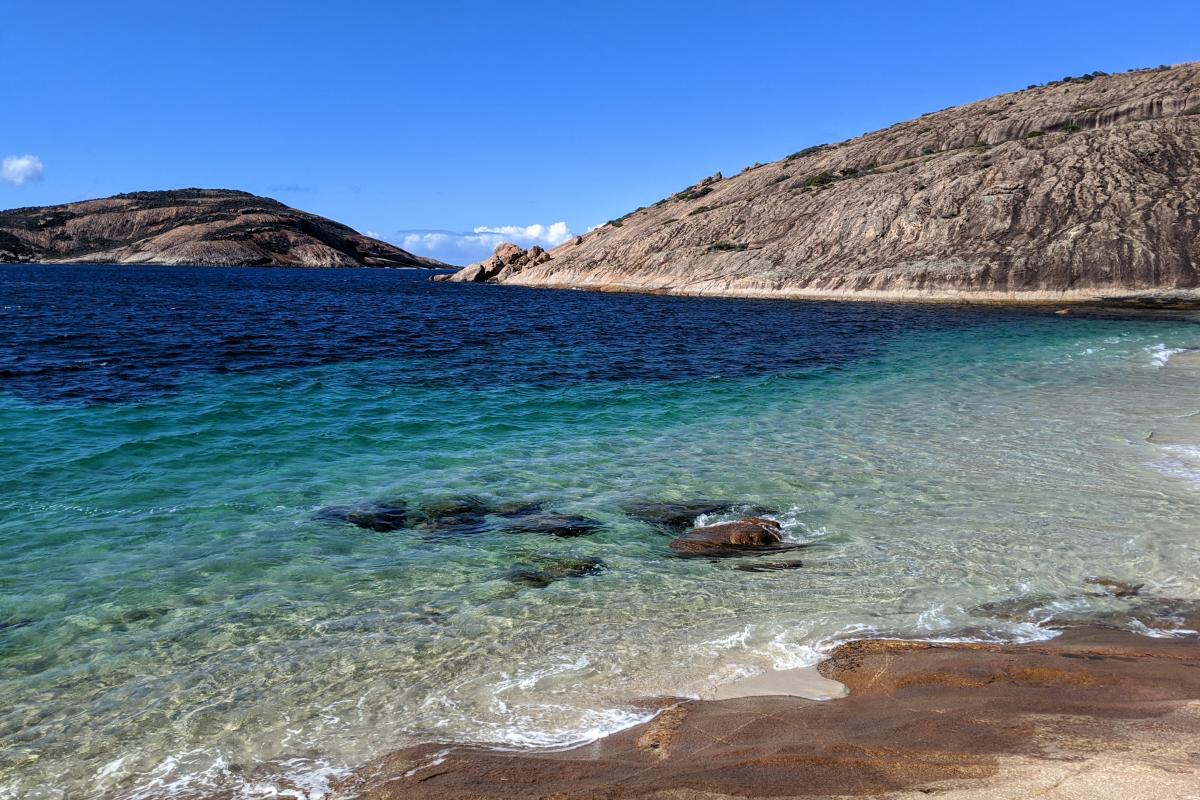 The western end of Thistle Cove 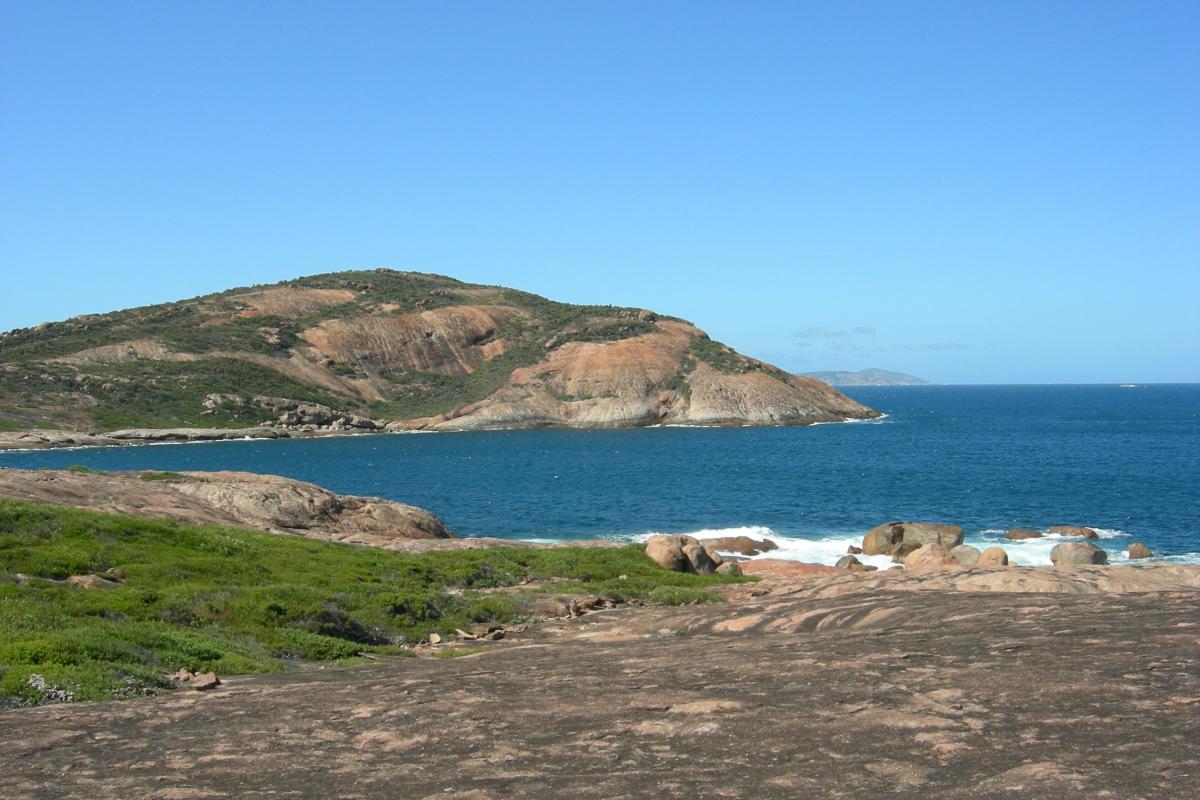 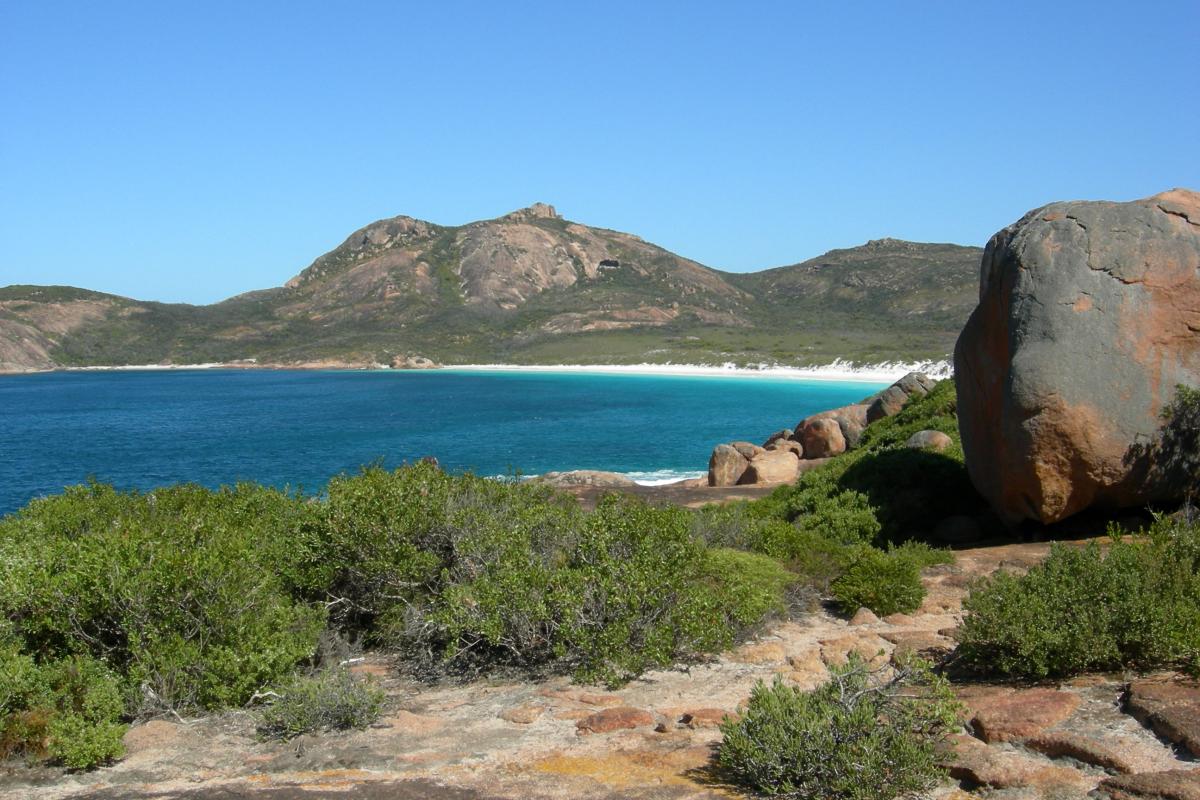 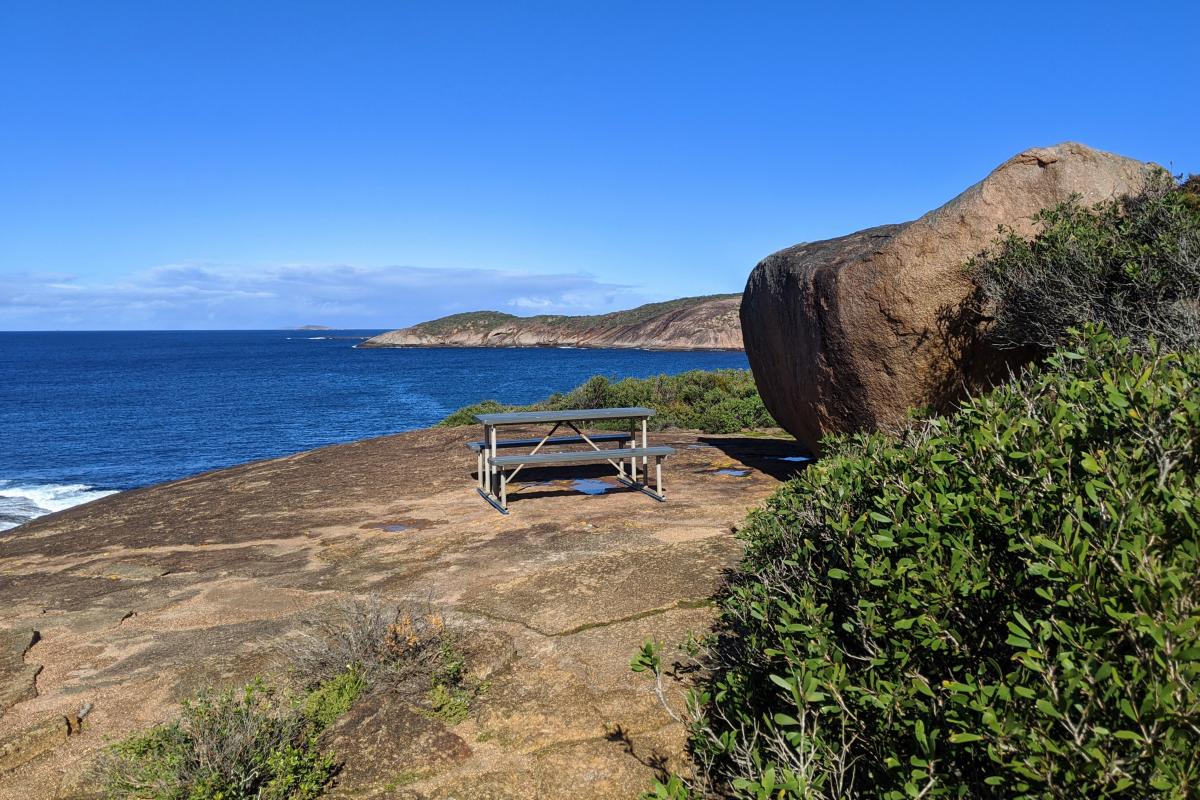 Picnic bench overlooking the ocean on the headland at Thistle Cove 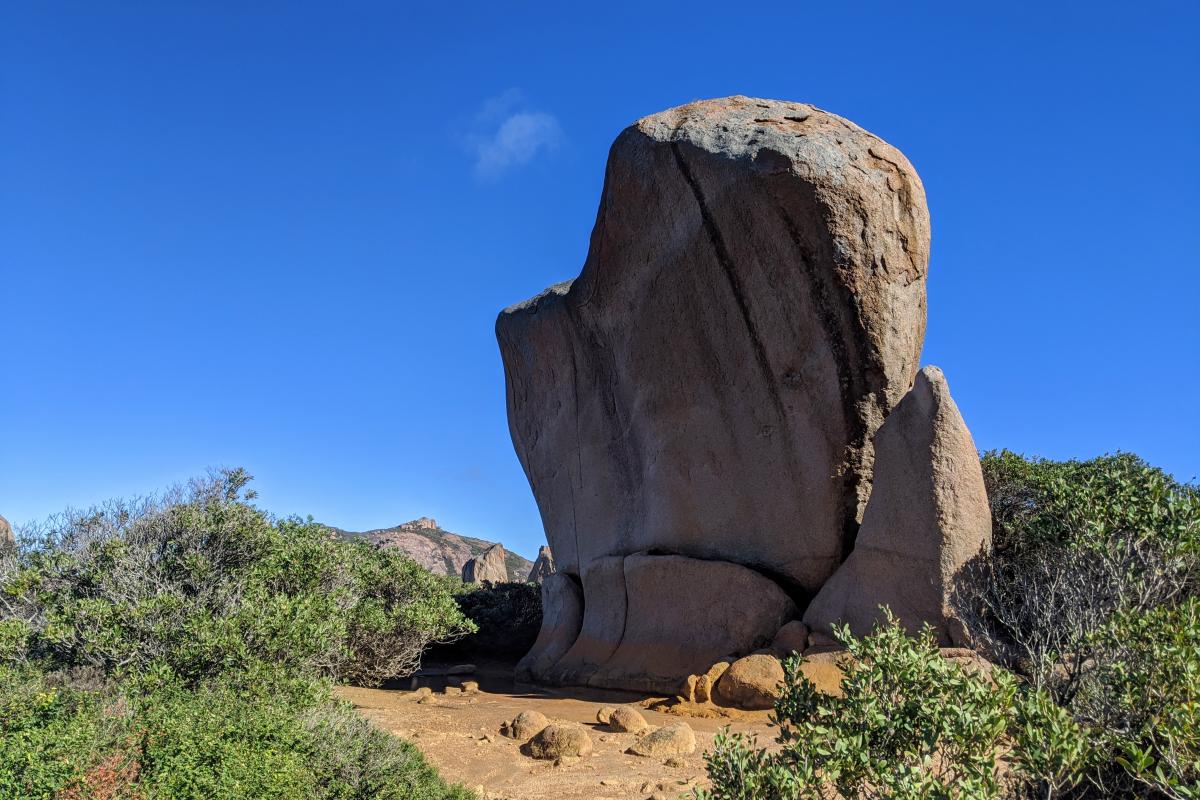 The Whistling Rock at Thistle Cove

Visit the Atlas of Living Australia for a list of species recorded within a 5km radius of Thistle Cove.

The Coastal Trail is a spectacular, but challenging 20 kilometre walk trail in Cape Le Grand National Park, 30 minutes drive from Esperance. The experienced walker can hike from bay to bay, enjoying some of the best scenery in Australia; kangaroos basking on pristine white beaches, dolphins surfing the aqua waters and amazing views.