Thursday Rock is reached via an access track from the four-wheel drive Holland Track. A short 50m stroll over flat level ground takes you from the trailhead to the rock’s base. From here it is a rock climb to the summit.

Woodcutters operated throughout the Great Western Woodlands in the early to mid-1900s, as the demand for wood grew with the developing Goldfields communities. Timber was loaded into steam train carriages and transported via the historic woodlines. If you look carefully in clearings, you can still see the cans, bottles and other remnants from their camps.

Back to Goldfields Woodlands National Park 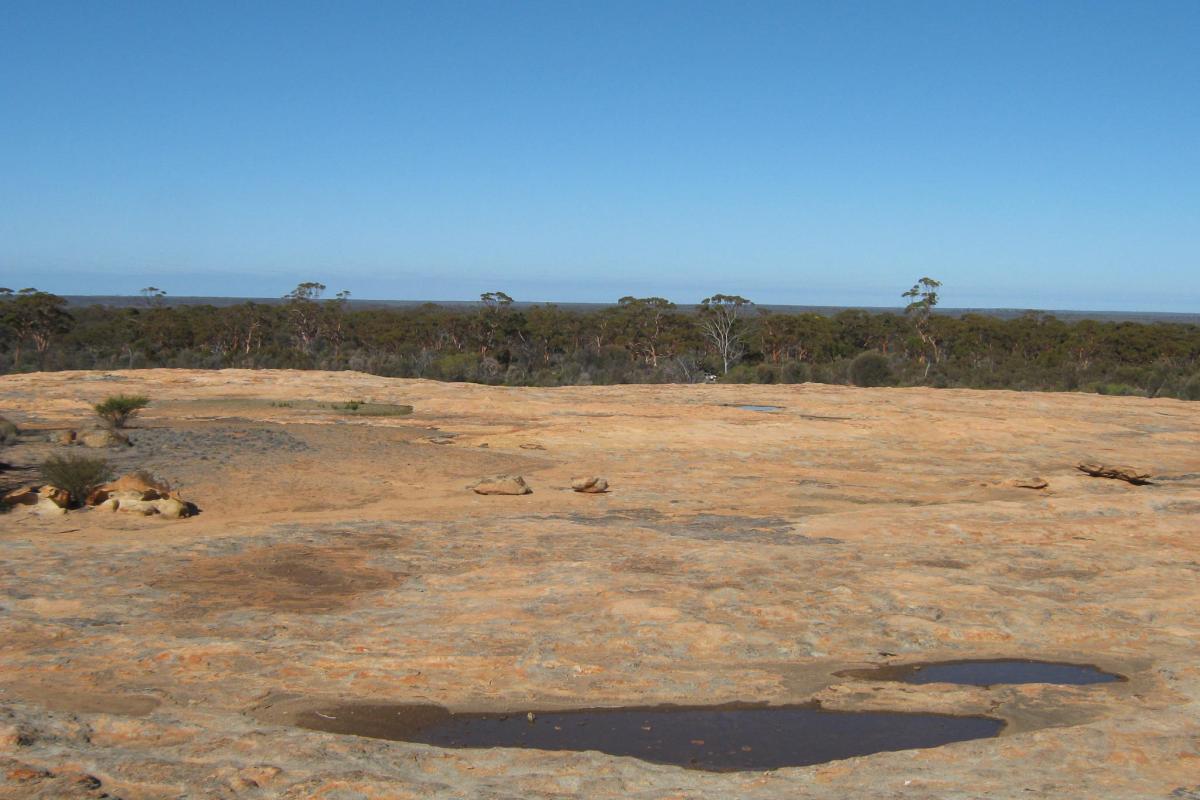 Visit the Atlas of Living Australia for a list of species recorded within a 5km radius of Thursday Rock.

We recognise and acknowledge Kalaamaya people as the traditional owners of Goldfields Woodlands National Park.