What you may not know is that this reserve is home to several endangered animals. The Gilbert’s potoroo, a small native marsupial, is critically endangered. This and the endangered noisy scrub-bird were actually thought to be extinct. A population of noisy scrub birds were found here in the 1960's and a small colony of Gilbert's potoroo was rediscovered here in 1994.

The purpose of the reserve is to protect the mature coastal vegetation of the area. Both of these rare animals need this type of habitat to survive. Three threatened species of cockatoo also use the reserve. That’s nice to know!

A visitor centre at Two Peoples Bay has lots of information about local history, and wildlife. You can also find out about important recovery programs for threatened species.

Discover the beauty and wildlife of Two Peoples Bay by taking a walk on one of the trails. Lookouts on the trail offer breathtaking views across the sheltered bay and leads to Little Beach.

You can also drive from the visitor centre to Little Beach. Those with four-wheel drive (4WD) vehicles can also access the Sinker Reef Track to Sinker Reef Beach. It has magnificent coastal views.

Review – Little Beach is the highlight

Two Peoples Bay National Park contains several different attractions, the most popular and best easily being Little Beach (see separate listing). But I like coming to the main part of the park as well, where there's a toilet facility and grassed area with BBQs (watch for nasty magpies however!). The visitor centre gives some information, but hasn't always been open on the times I visited. I've been to Two Peoples Bay National Park many times, and it's especially great to visit on a sunny day. The water here is amazingly clear, and the small island that is a couple of hundred metres away offshore is terrific for snorkelling – the amount of fish on the other side is incredible! Little Beach and Waterfall Beach are must visit places, but the hiking trail from the visitor centre to Little Beach is also worth doing, as is the main beach towards East Bay.  Albany Rick  - Trip Advisor

Plan when to visit. Read this safety information about bushwalking, swimming, fishing, paddling, kayaking and diving. Consider travelling with a personal location beacon (PLB). In the event you need to be rescued it could save your life!

Coastal risks are significant in this area. Always be aware of your surroundings and visitor risk warning signs. Hazard warning signs are placed there for your protection and safety. 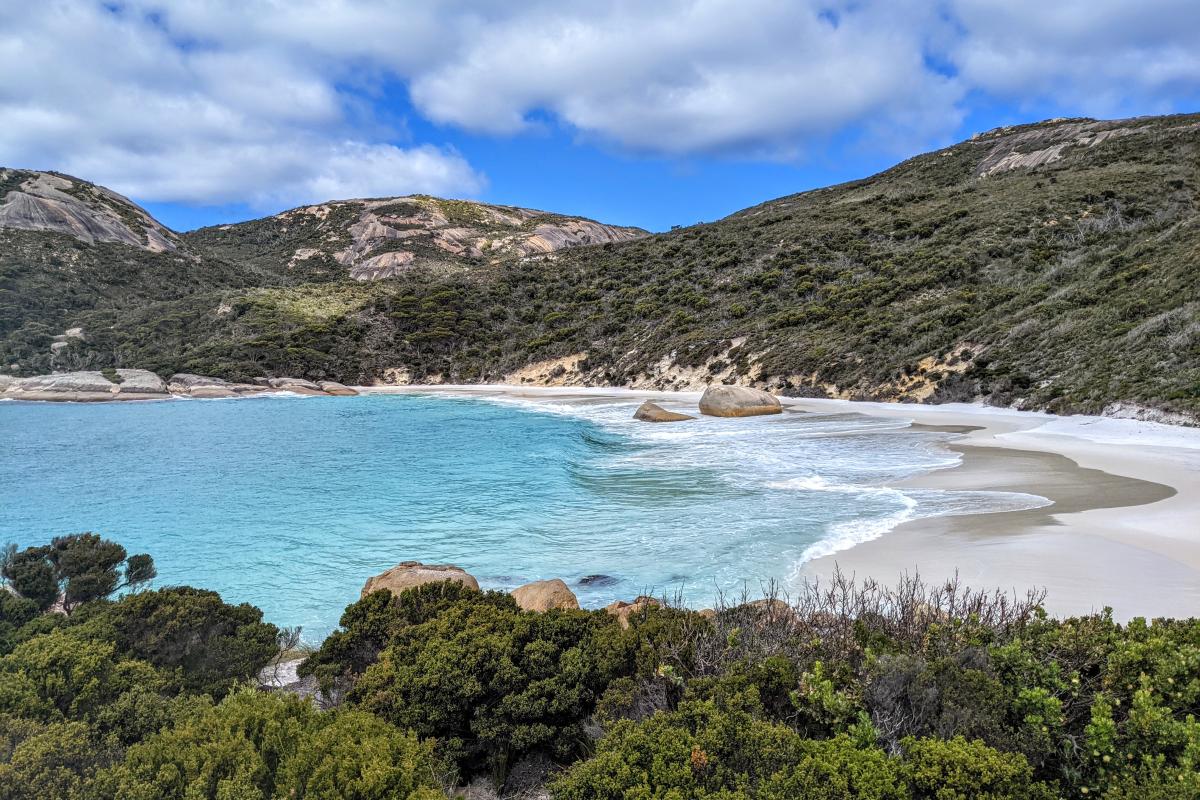 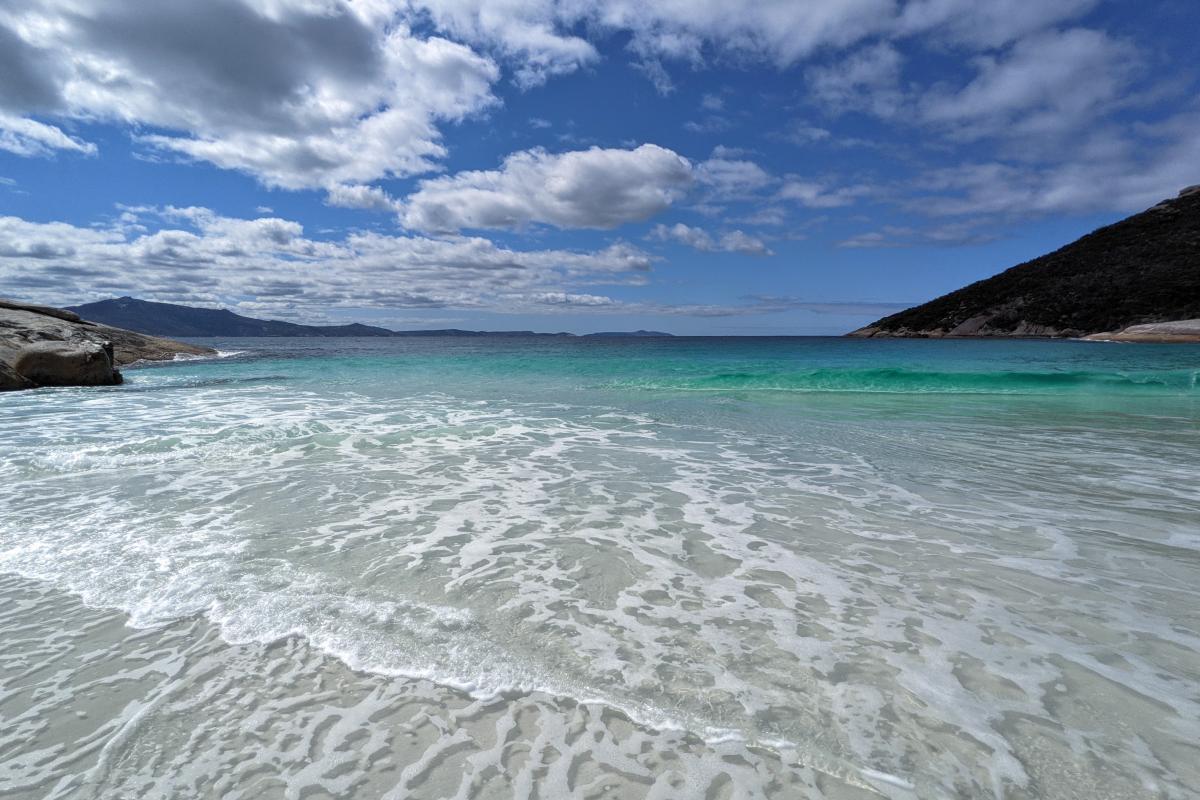 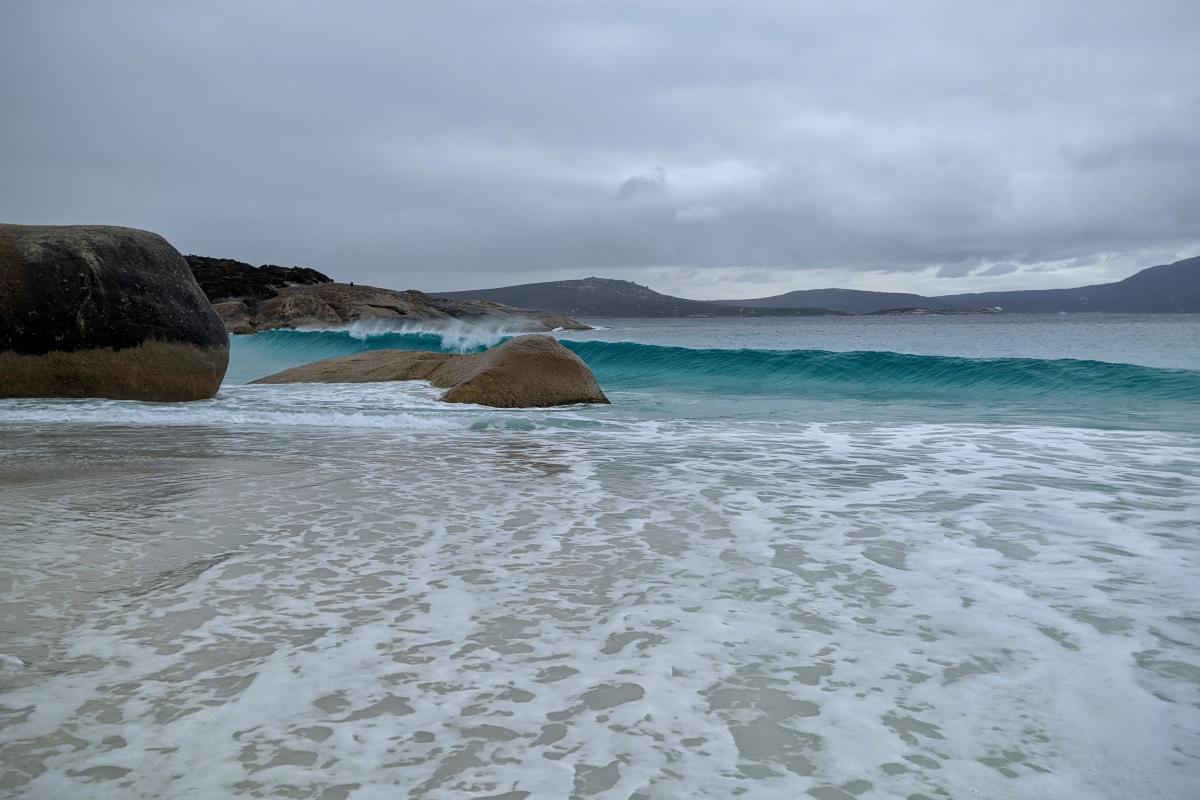 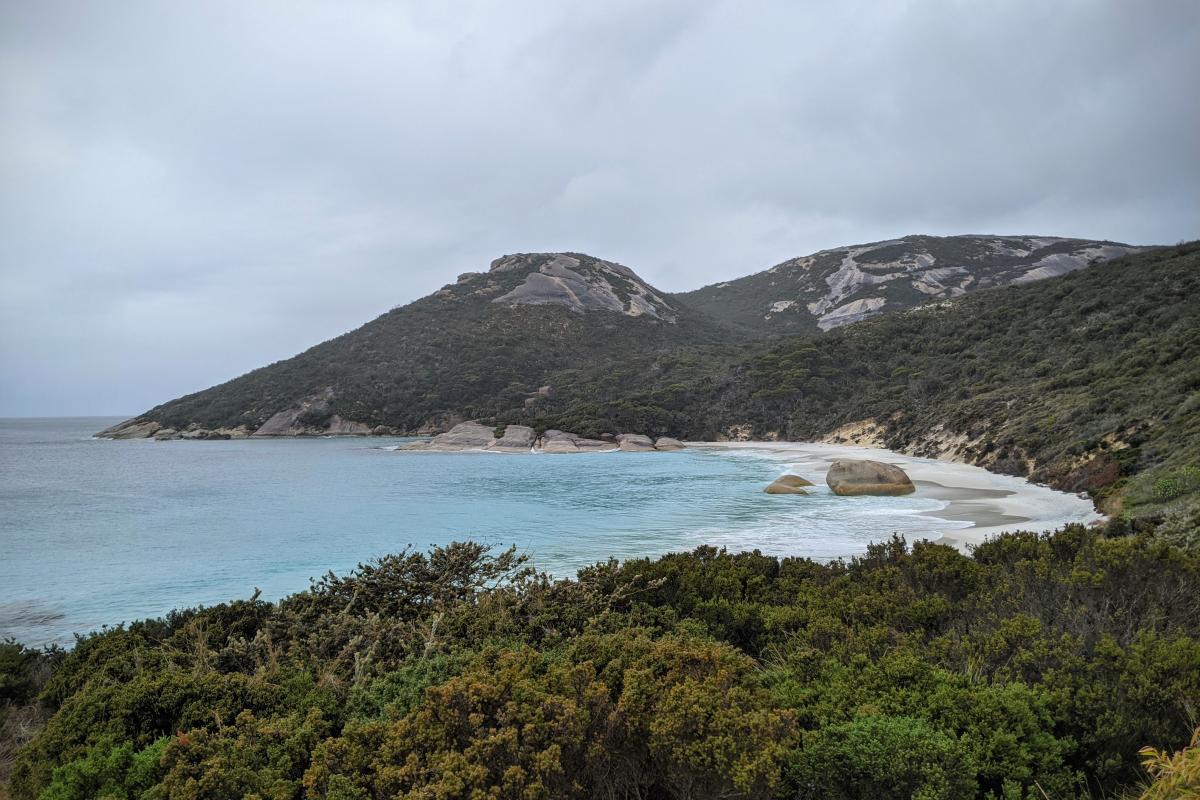 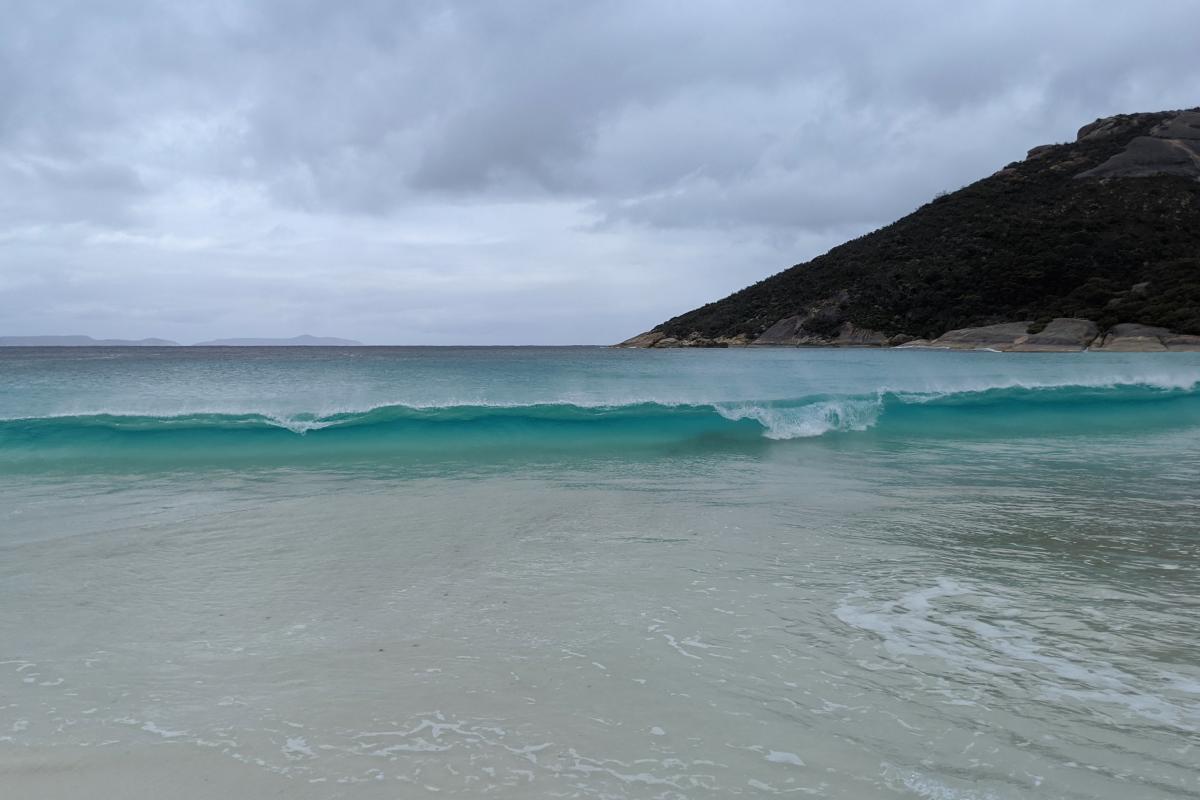 Little Beach on a cloudy day 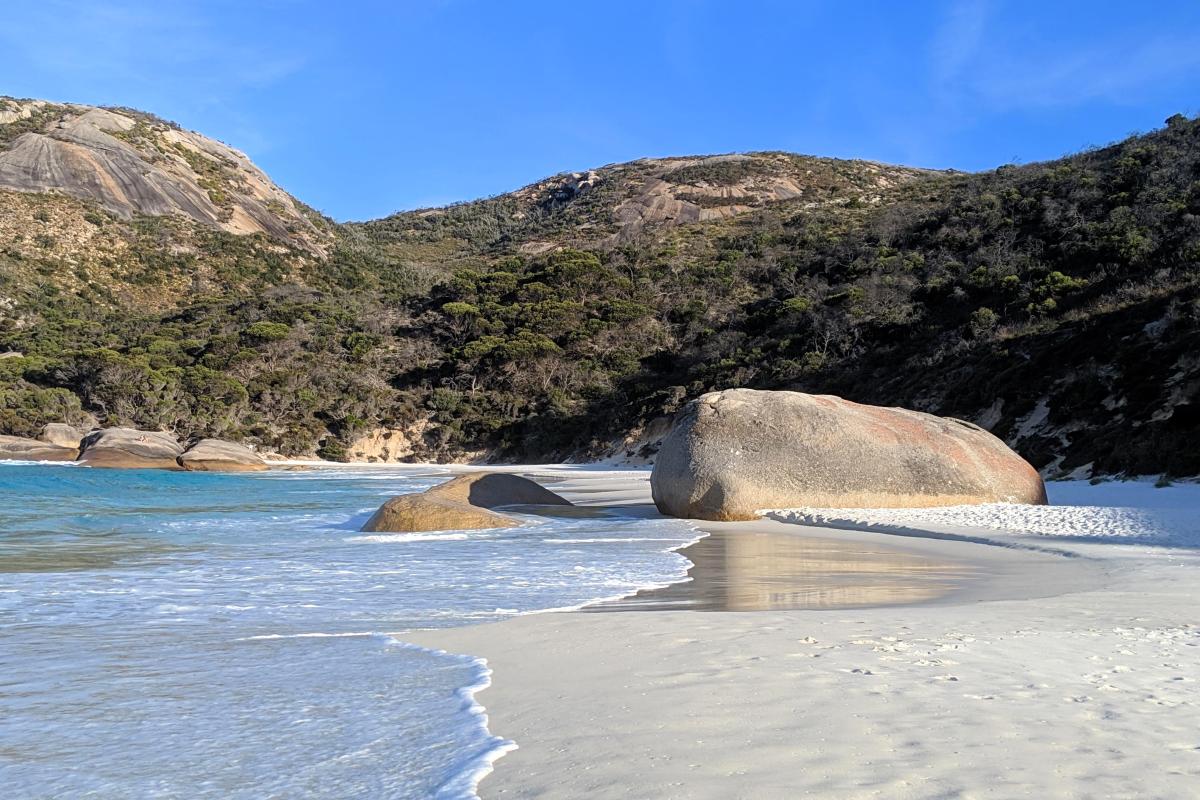 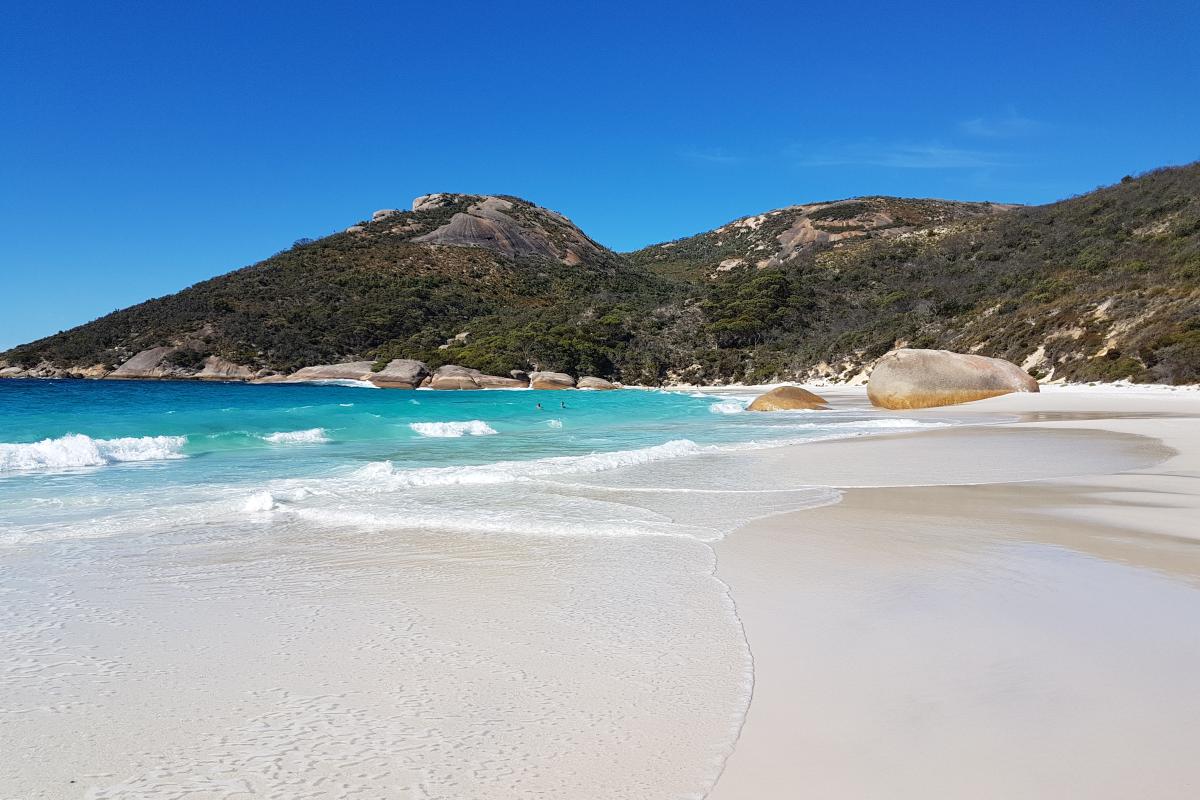 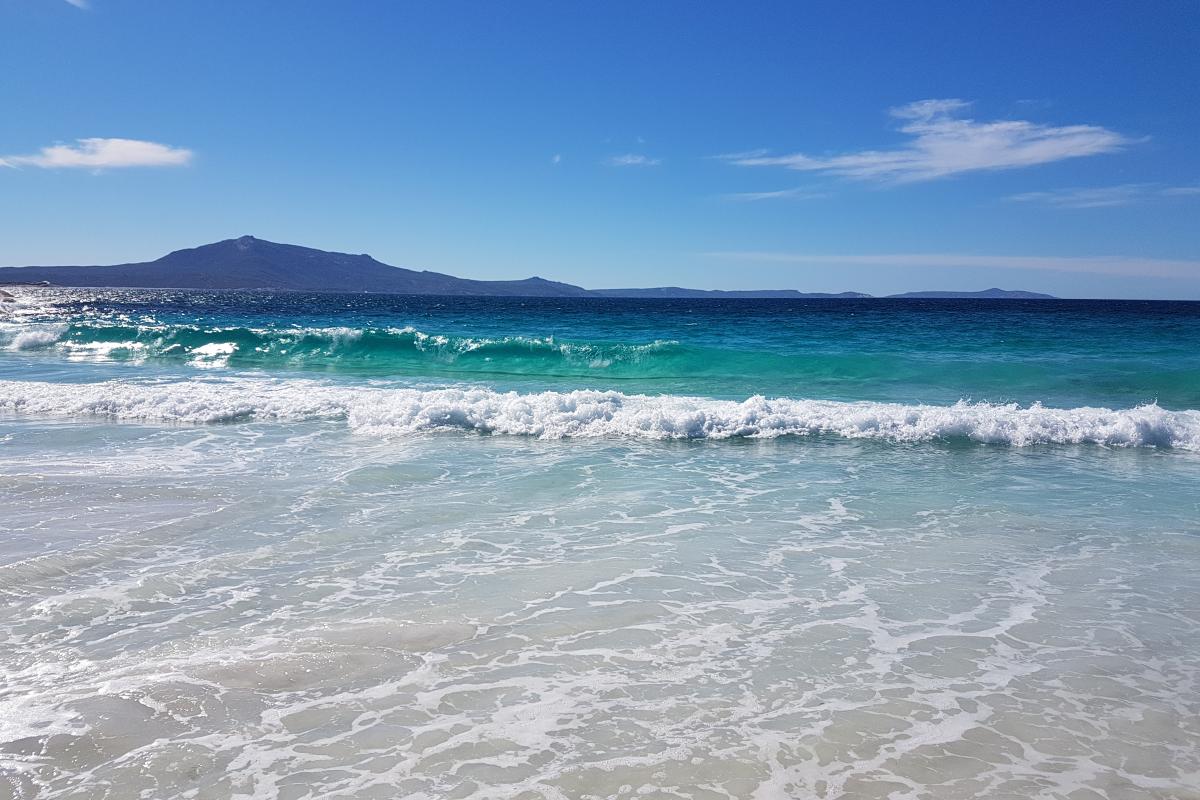 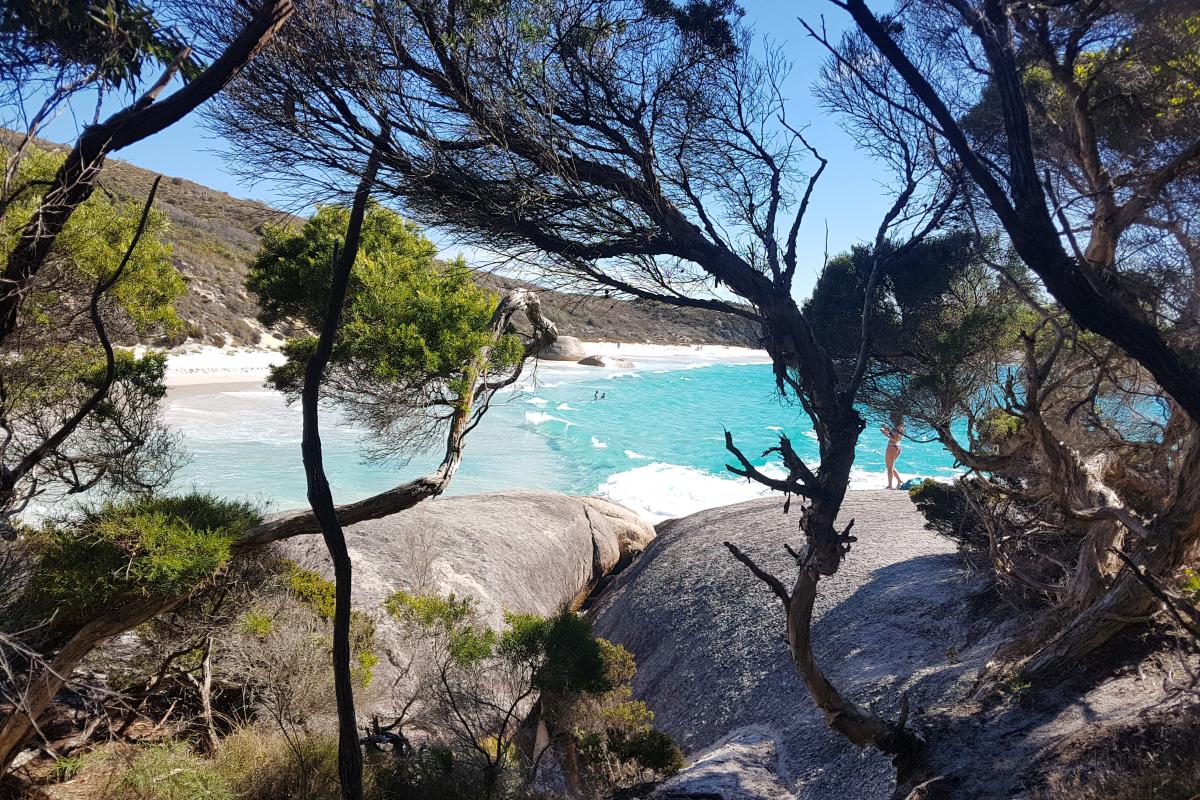 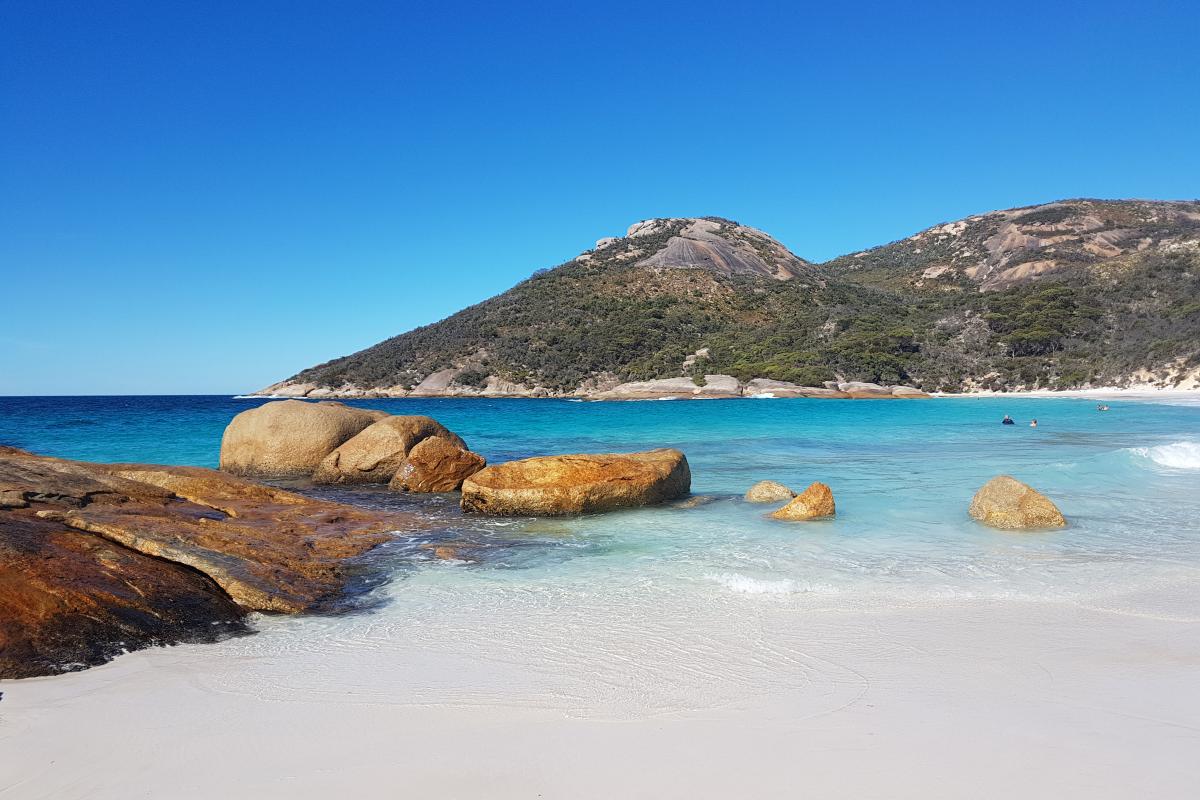 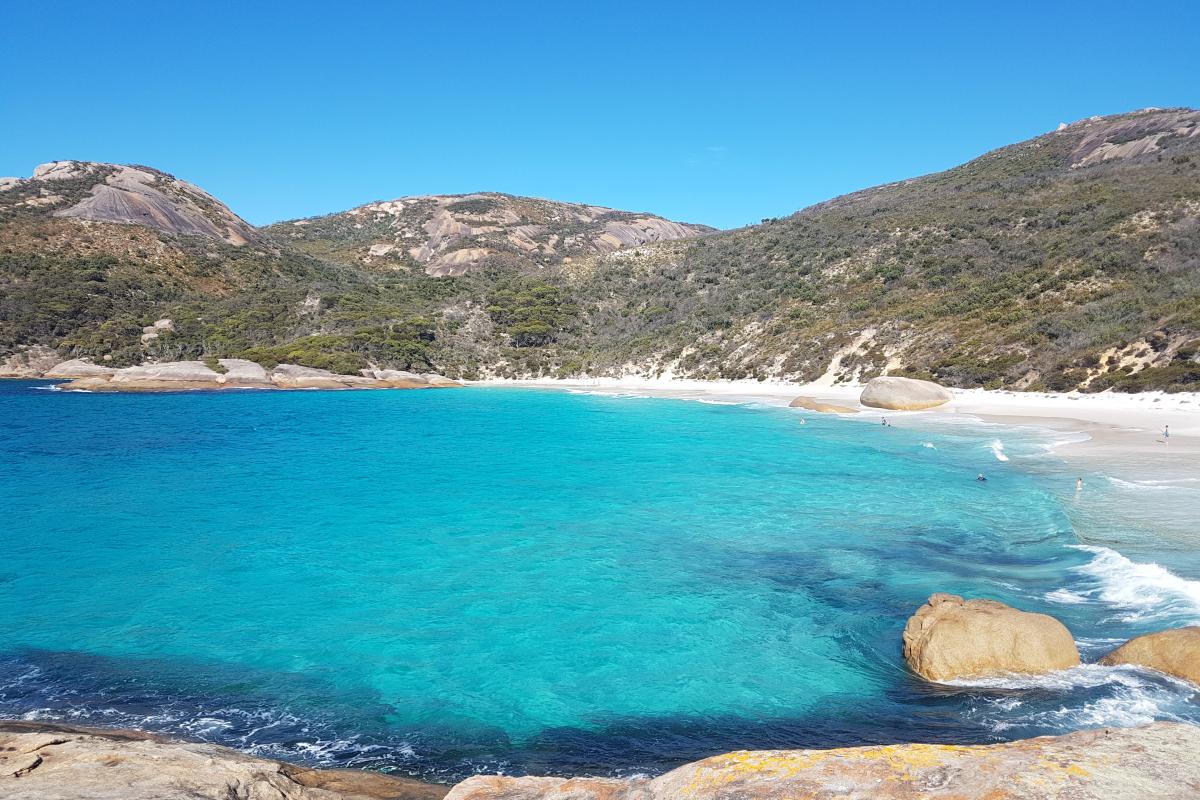 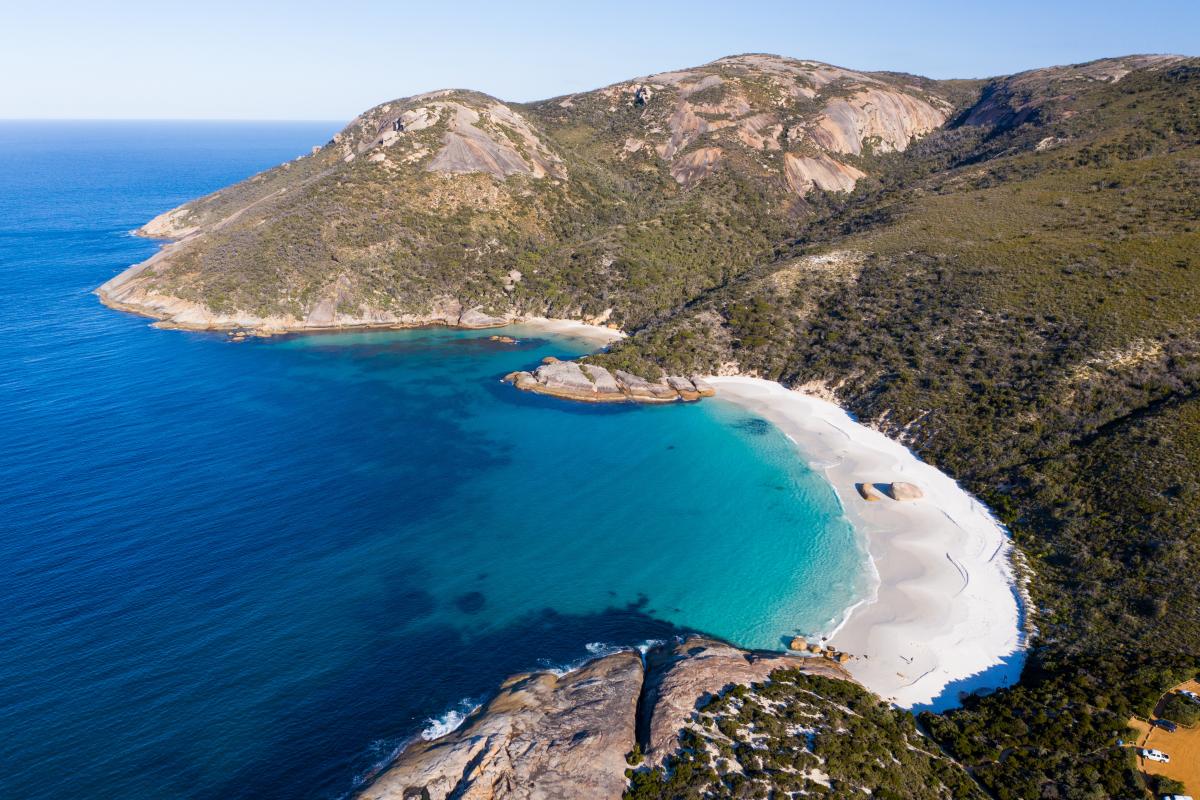 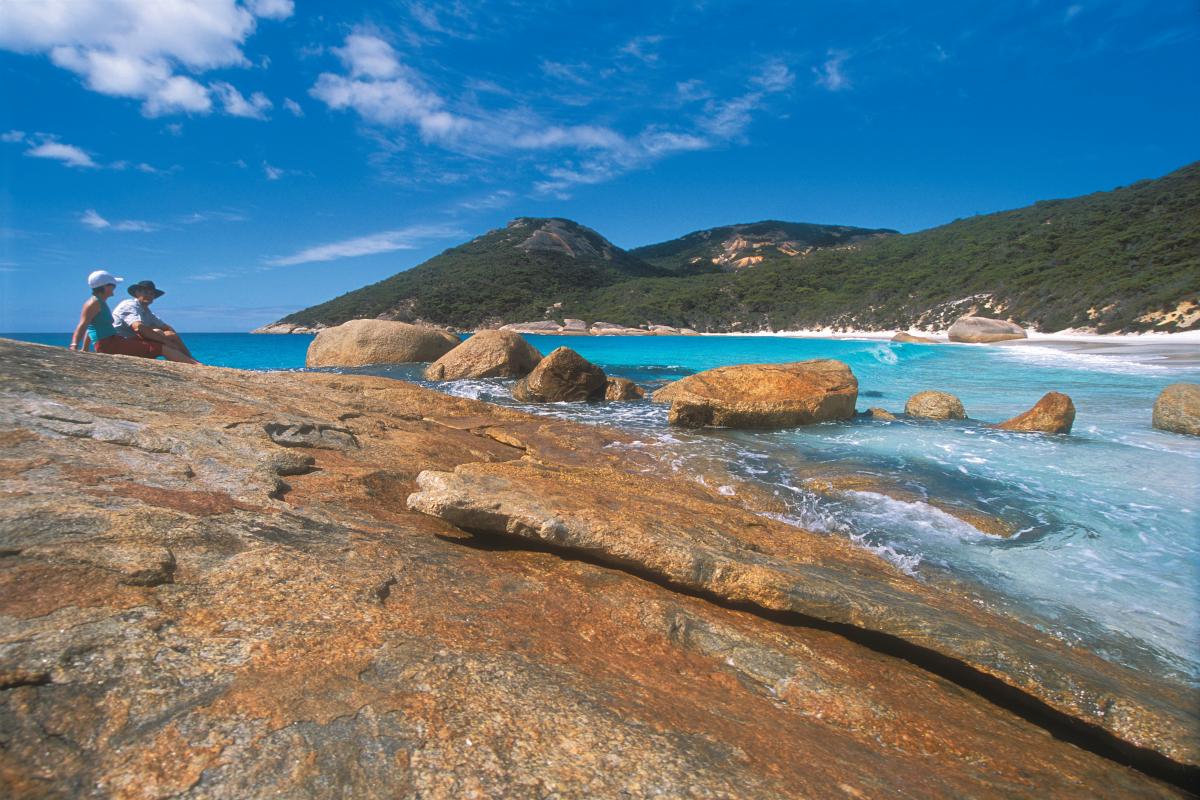 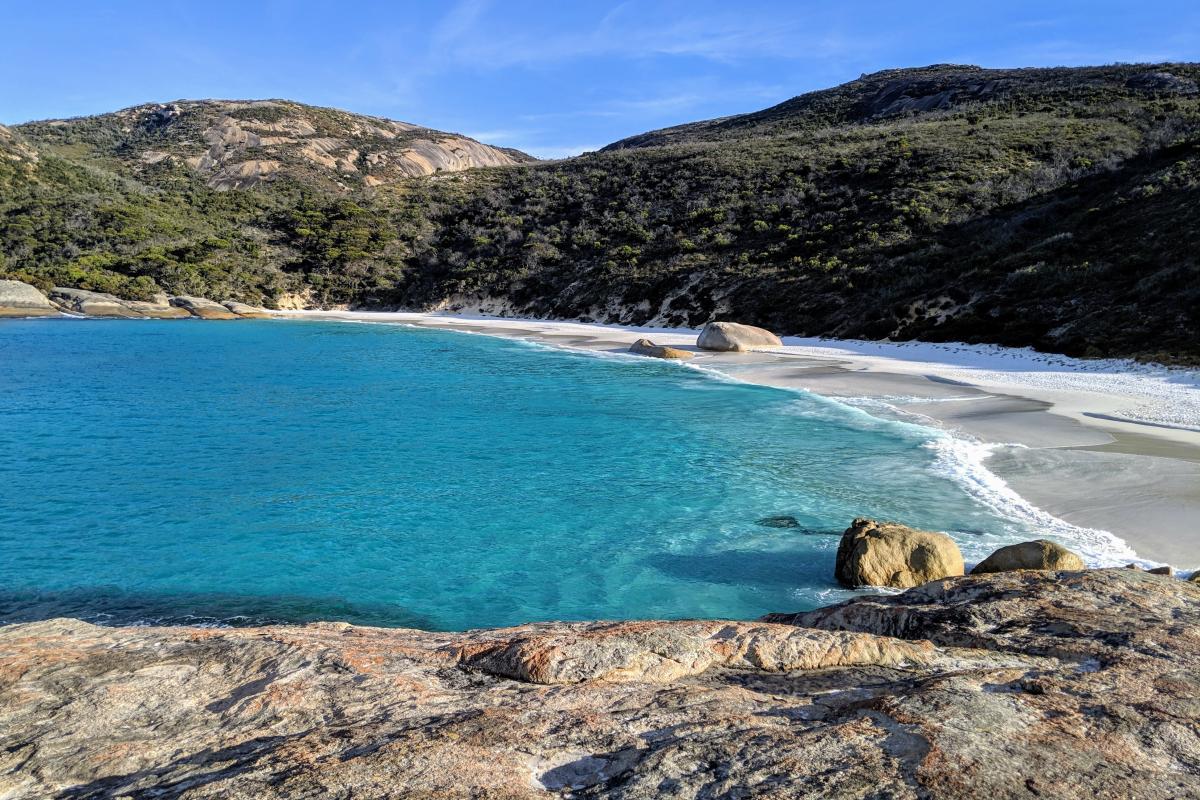 Little Beach on a peaceful afternoon 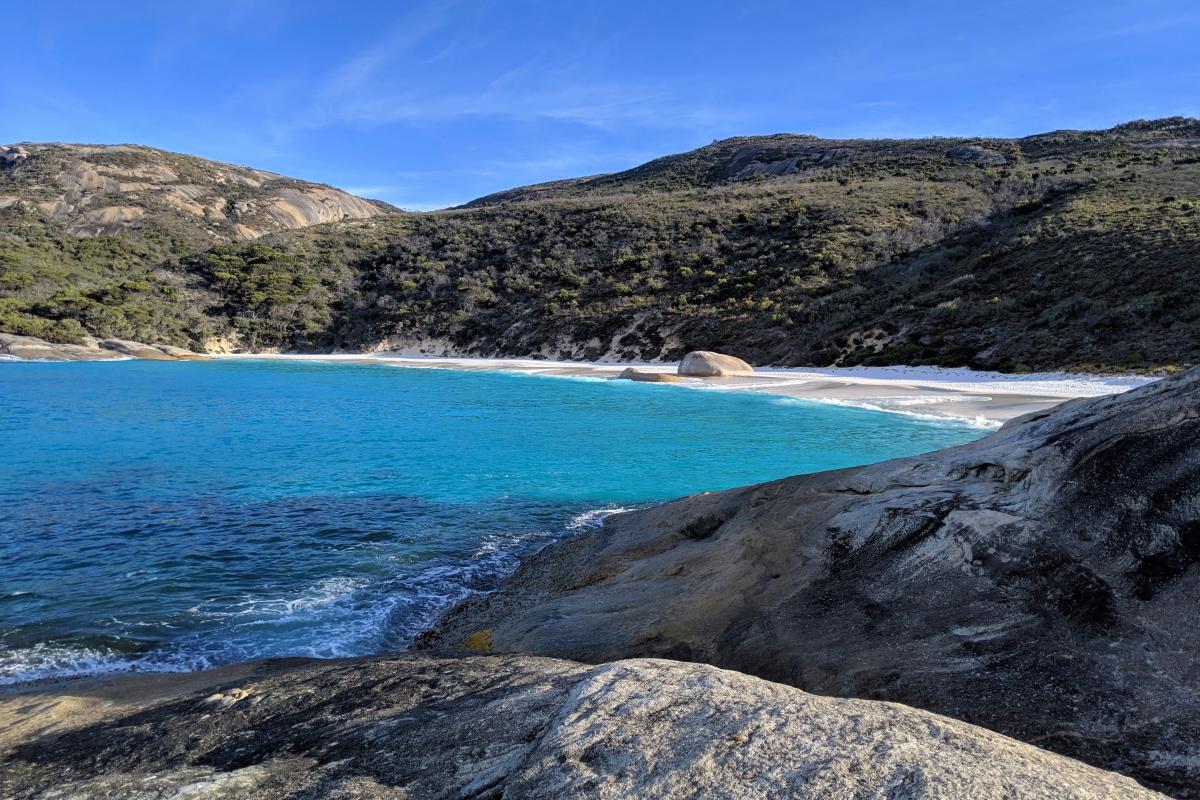 Little Beach viewed from the rocks 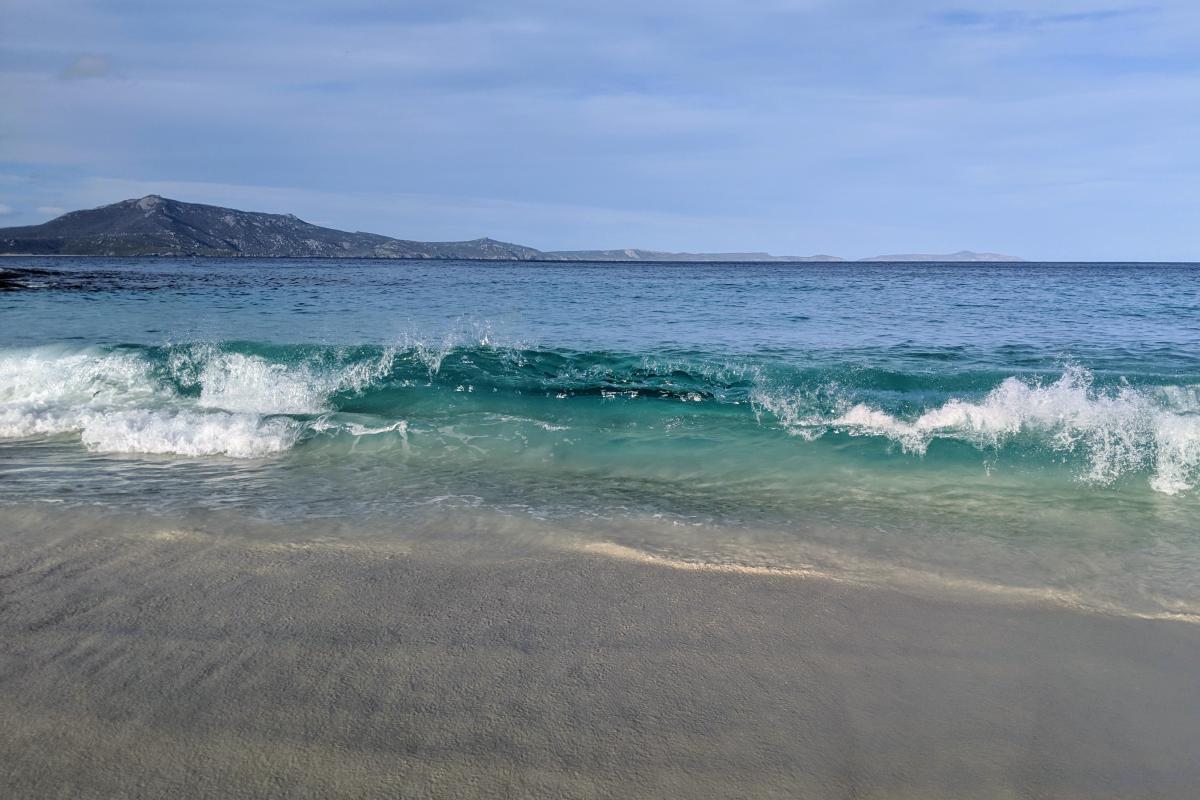 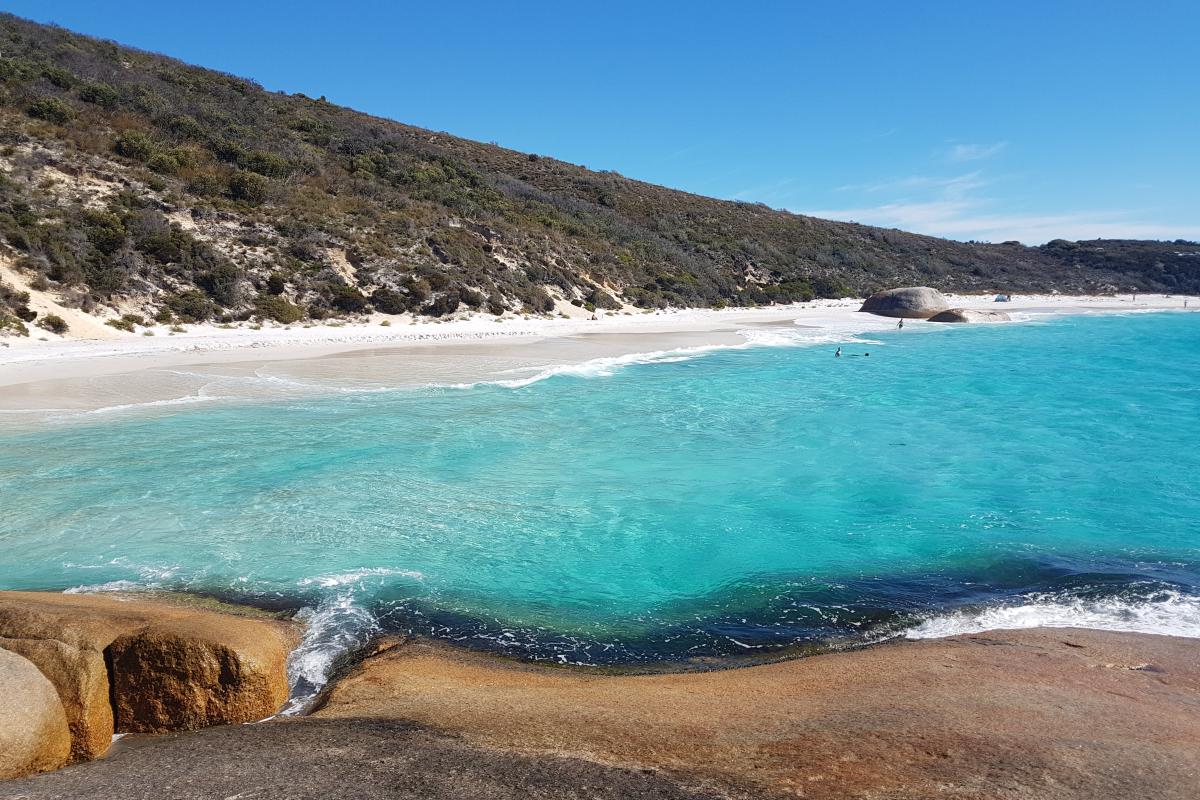 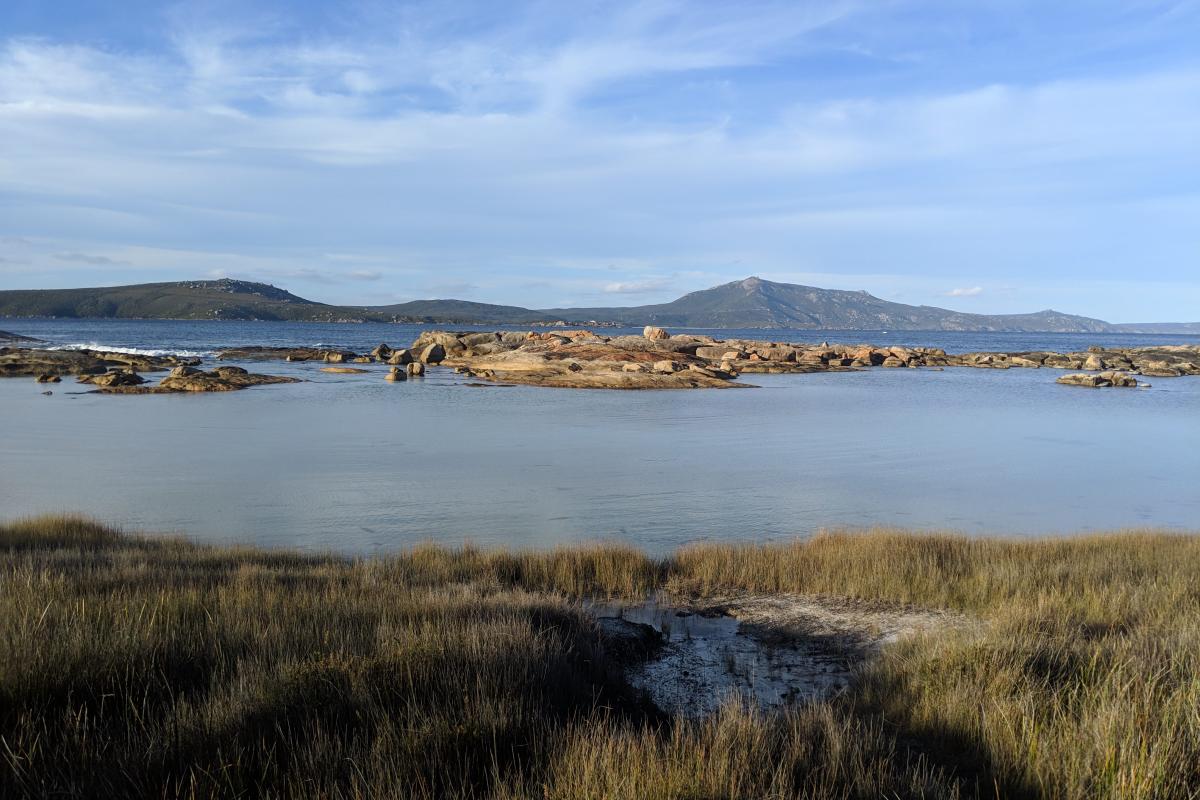 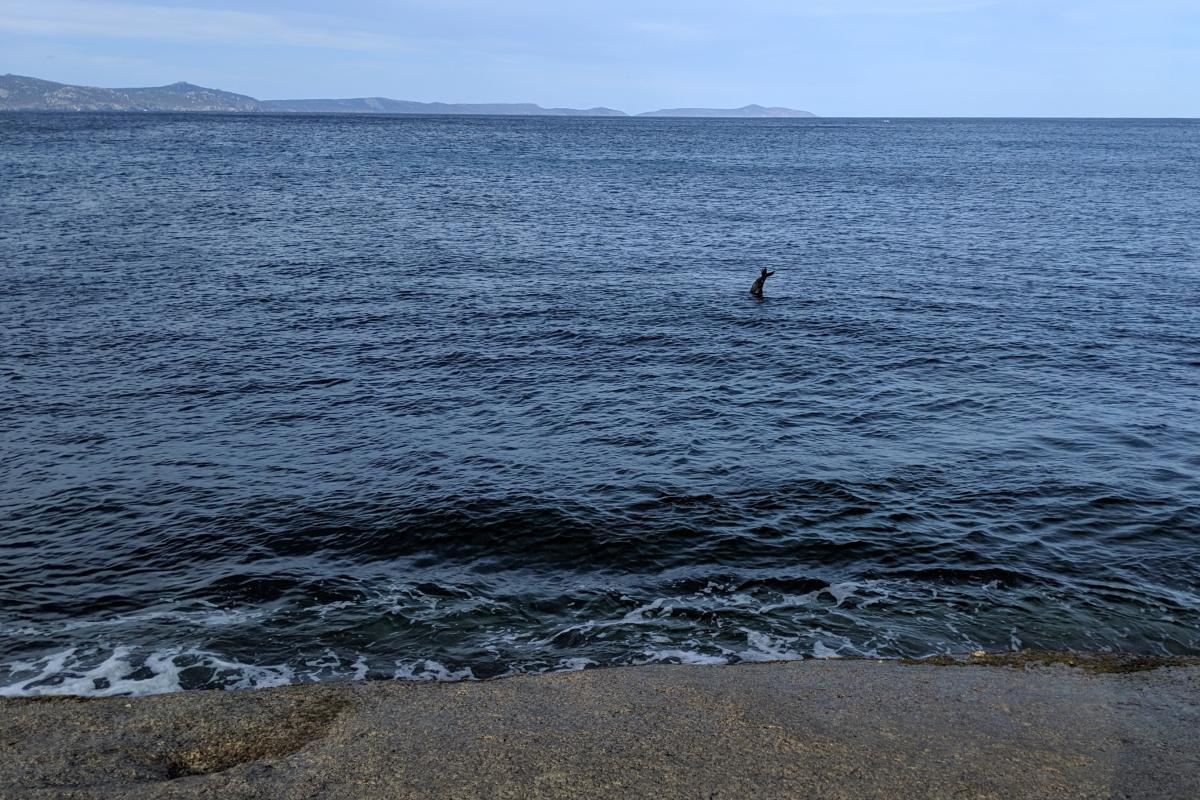 Visit the Atlas of Living Australia for a list of species recorded in Two Peoples Bay Nature Reserve.

We recognise and acknowledge Aboriginal people as the traditional owners of Two Peoples Bay Nature Reserve. 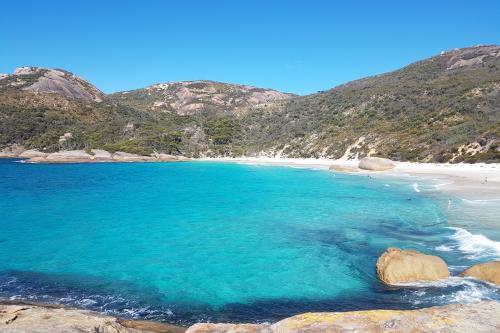 Two Peoples Bay Nature Reserve is more than just the visitor centre, it works towards maintaining the natural environment and protecting native flora and fauna. 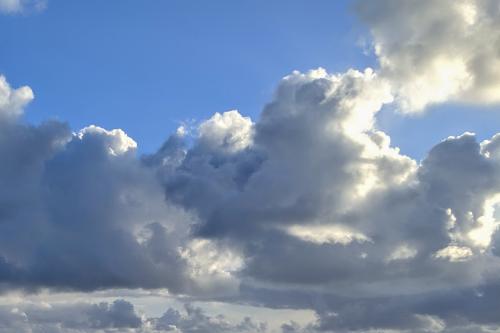 Lots of information about local history, wildlife and important recovery programs for threatened species. Over summer months, the centre is usually open from 10:00am-4:00pm. During other months the centre is open when staff are present, however when closed the colourful displays can still be viewed from outside.

This easy to moderate walk along the heritage trail in Two Peoples Bay Reserve has stunning views of the coastline looking over Two Peoples Bay.  Choose how far you wish to walk.