Fitzgerald Inlet is only accessible by foot and is one of several scenic inlets within Fitzgerald River National Park that form coastal estuaries with narrow connections to the sea. The mouth of the inlet is usually blocked by a sandbar that opens only occasionally after heavy and prolonged rain. Under normal conditions the rivers that drain into the inlet flow very little and so the estuary is shallow (usually less than one metre) and often dry.

When the Fitzgerald Inlet contains water, it is a haven for wildlife. Many hundreds of waterbirds, including Chestnut Teal, Grey Teal and Australian Shelduck may be seen out on the water or resting on the sand spits.

The inland that reaches the Fitzgerald Inlet is cut into spongolite rock and bordered by spectacular spongolite cliffs. This soft multi-coloured rock, made almost entirely from fossilized sponges forms a veneer over much of the park.

It was originally laid down as marine sediments in an ancient sea when the sea level rose and flooded the coast. Together with the park’s rugged peaks, dramatic sea cliffs and sweeping beaches, these colourful breakaways form one of the most distinctive landscapes in the region.

Please clean footwear and equipment at the start and finish of any walks you do in natural areas to prevent the spread of Phytopthora dieback.

Back to Fitzgerald River National Park

Coast risks are significant in this park. 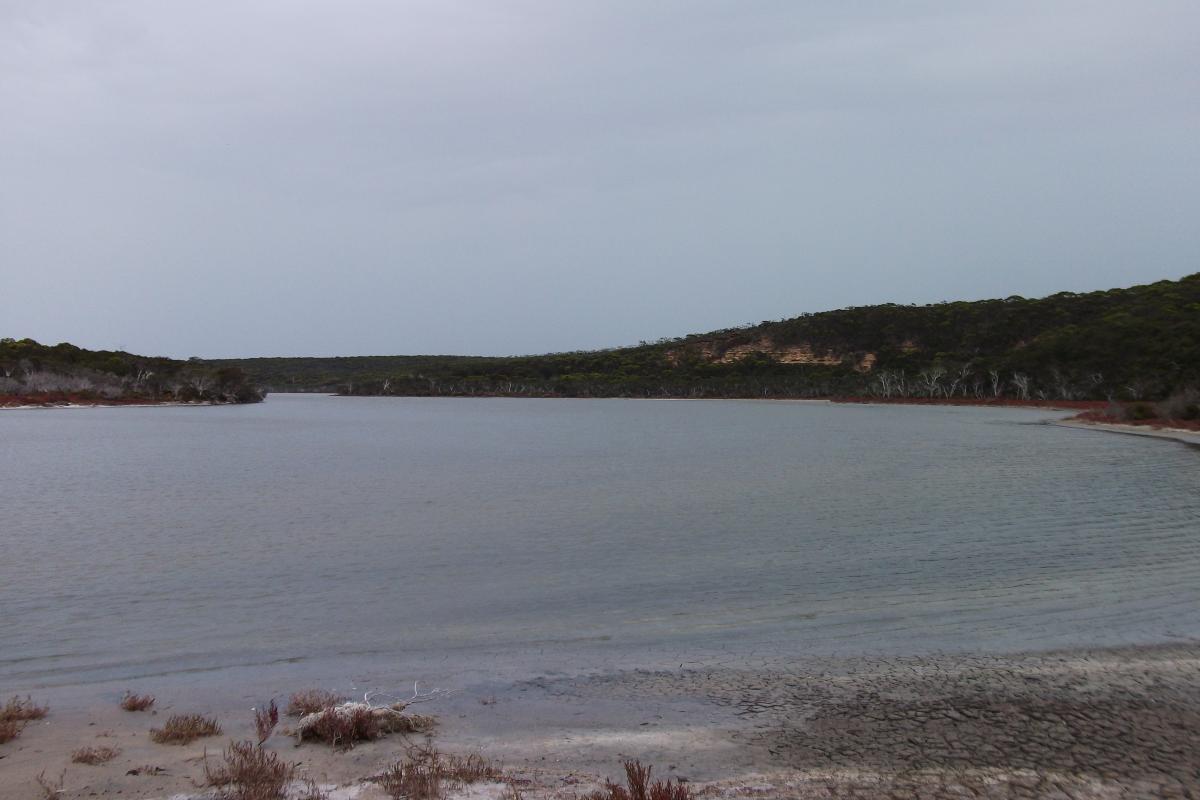 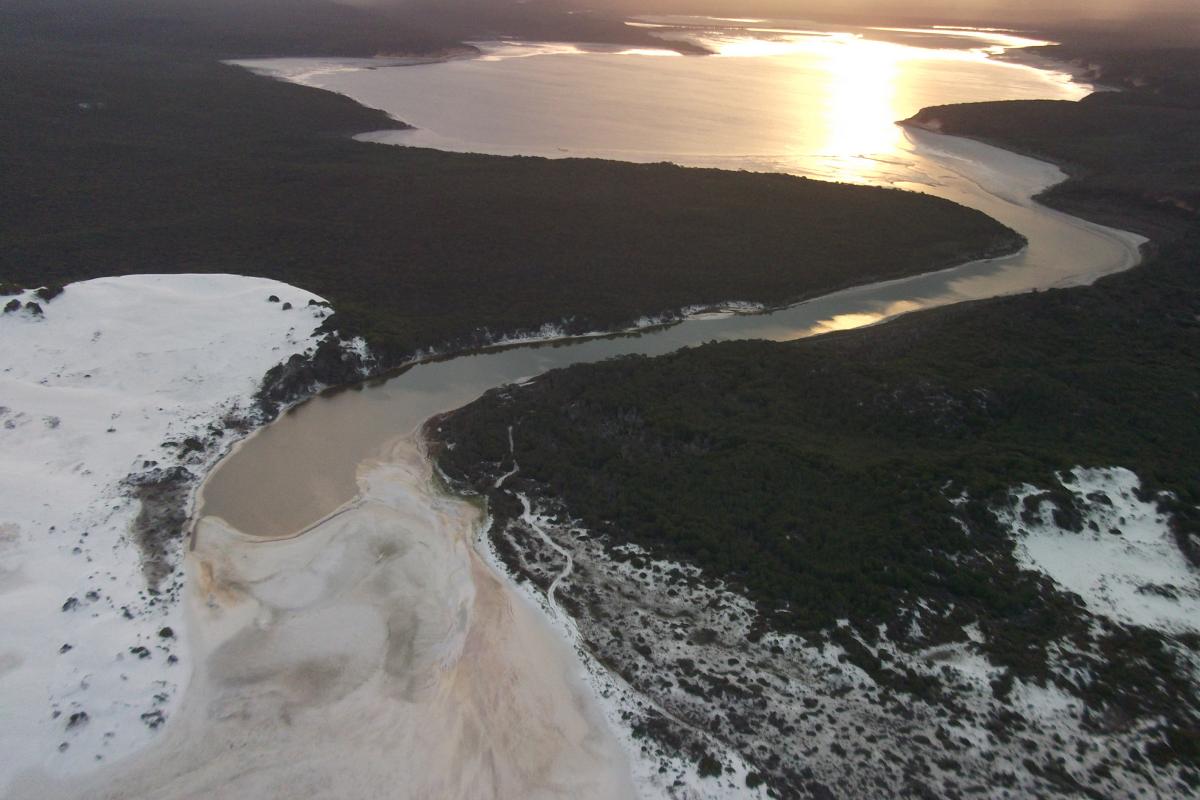 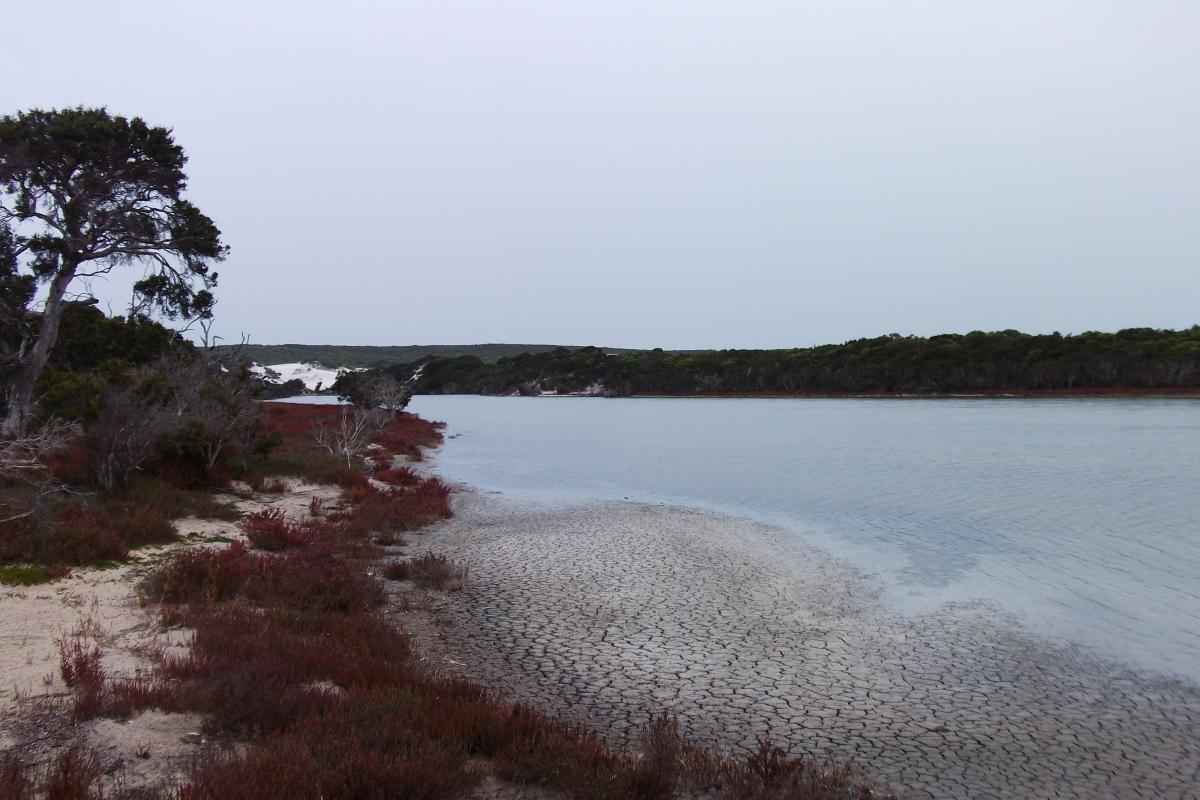 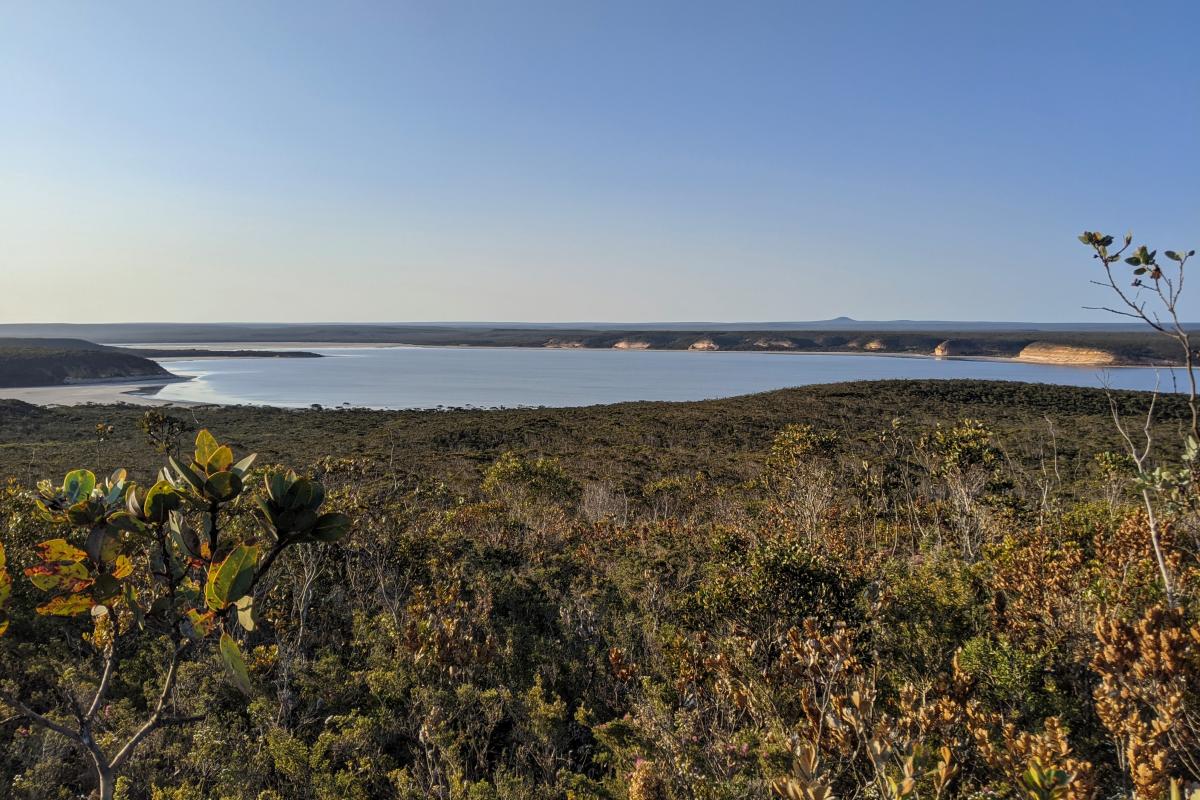 Fitzgerald Inlet viewed from along the Mamang Trail

There is a small camping area on the eastern side of the inlet at the end of the Mamang Trail that has some very basic facilities. There is no water tank - all water must be carried in.

When the inlet is connected to the ocean you will need to wade across the channel in order to reach the camping area.

Visit the Atlas of Living Australia for a list of species recorded within a 5km radius of Fitzgerald Inlet.

We recognise and acknowledge Goreng, Minang and Wudjari people as the traditional owners of Fitzgerald River National Park.

Access the inlet's channel along the Mamang Trail at the western end of Fitzgerald Beach. Follow the channel (when water level is low enough) or the trail inland to explore more of the inlet. There are also some fine views of the inlet and the spongelite cliffs from scenic vantage points further back on the Mamang Trail.

The Fitzgerald Inlet Campground is located on the east side of the inlet at the end of the Mamang Trail.

The toilet is located at the campsite.

There is no vehicle access to Fitzgerald Inlet. To get there you have to walk the Mamang Trail from Point Ann (31km return). Point Ann is 2WD accessible on rough gravel roads through the western entrance to the national park.