A large cave near the summit is thought to have formed by wave action and underwater currents during a period some 40 million years ago when sea levels were at least 300m above their current level and the peaks of Cape Le Grand were largely submerged.

The Aboriginal name for the peak is Mandooboornup and it is an important place in local Aboriginal culture. 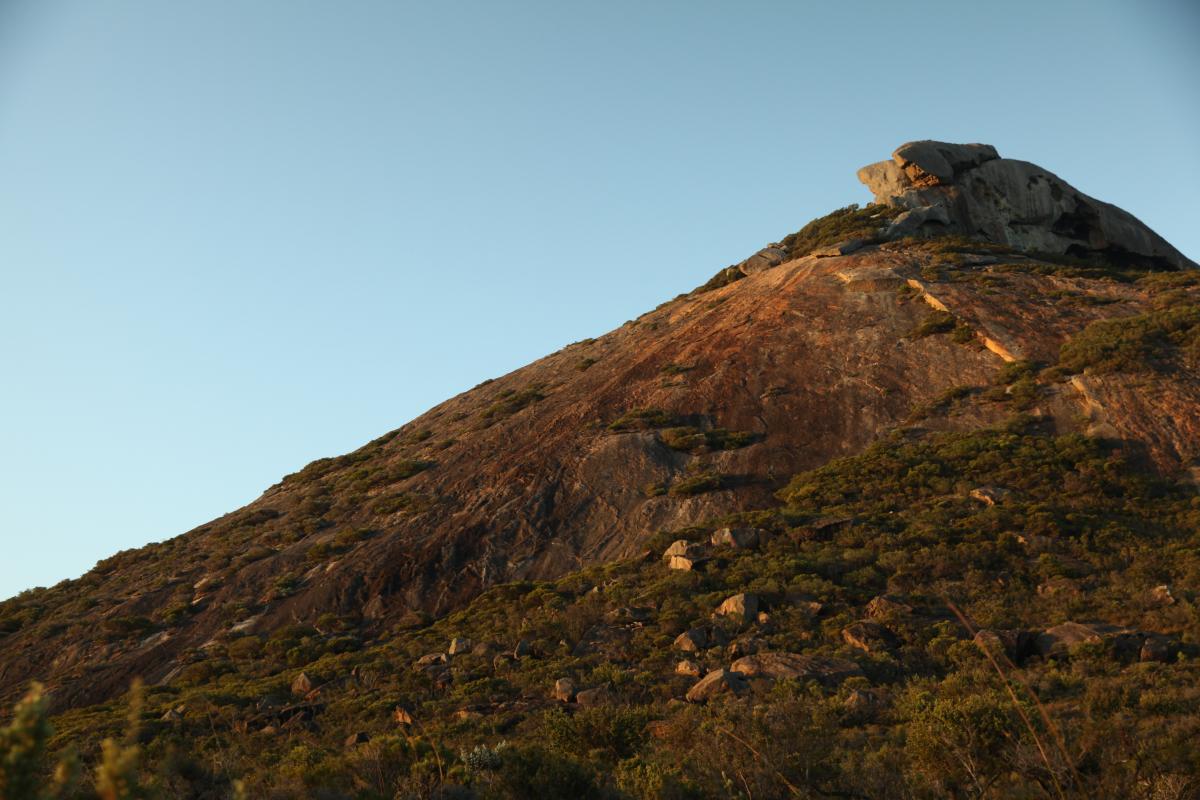 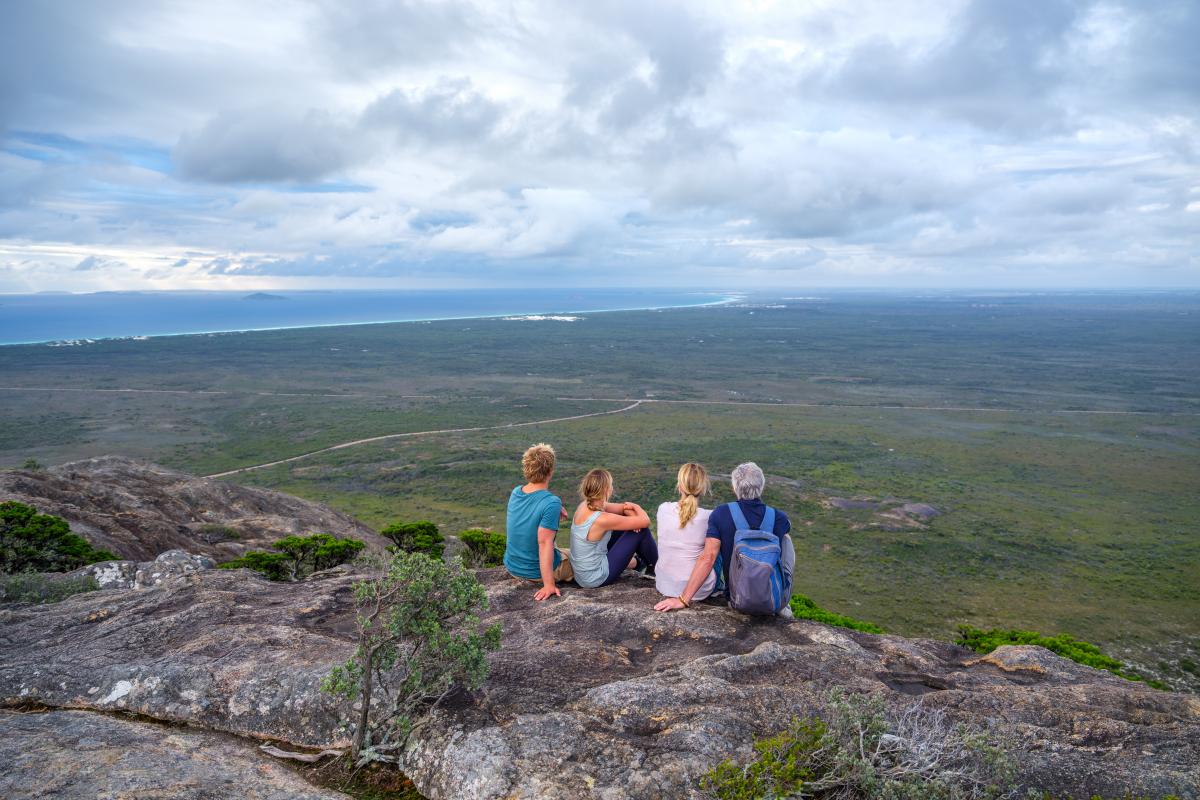 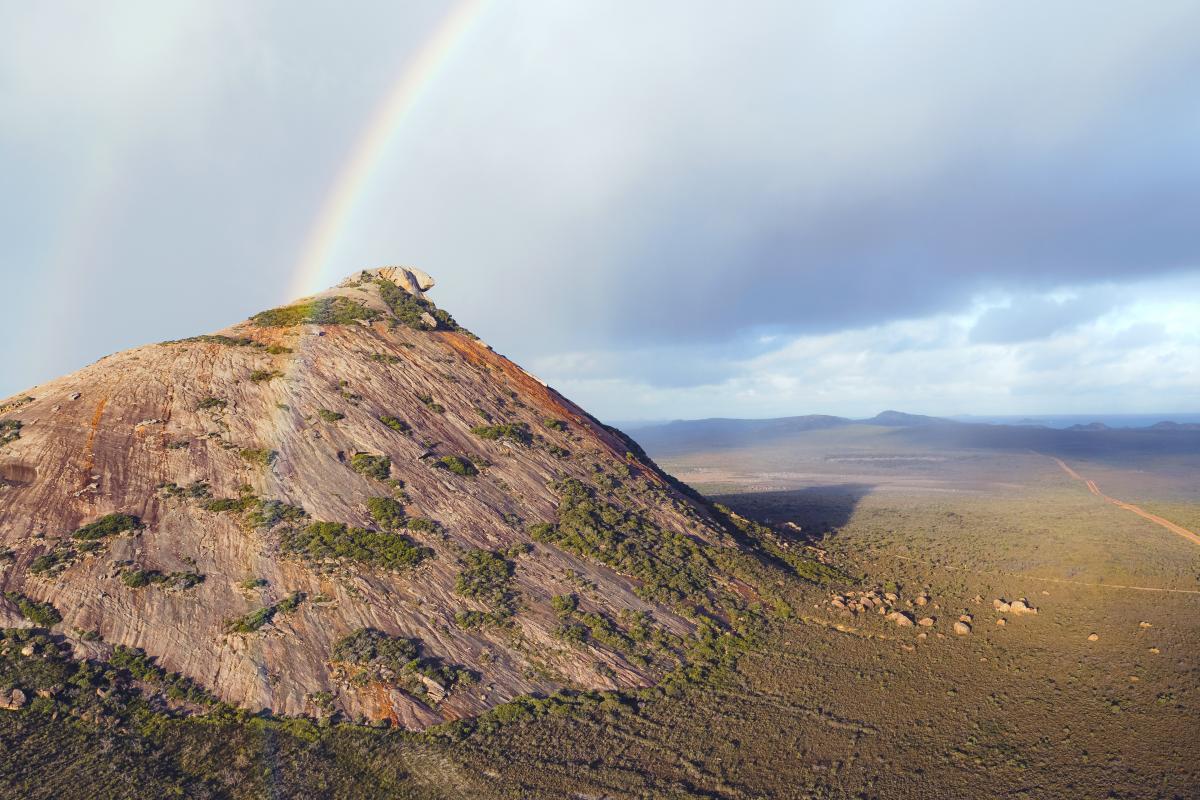 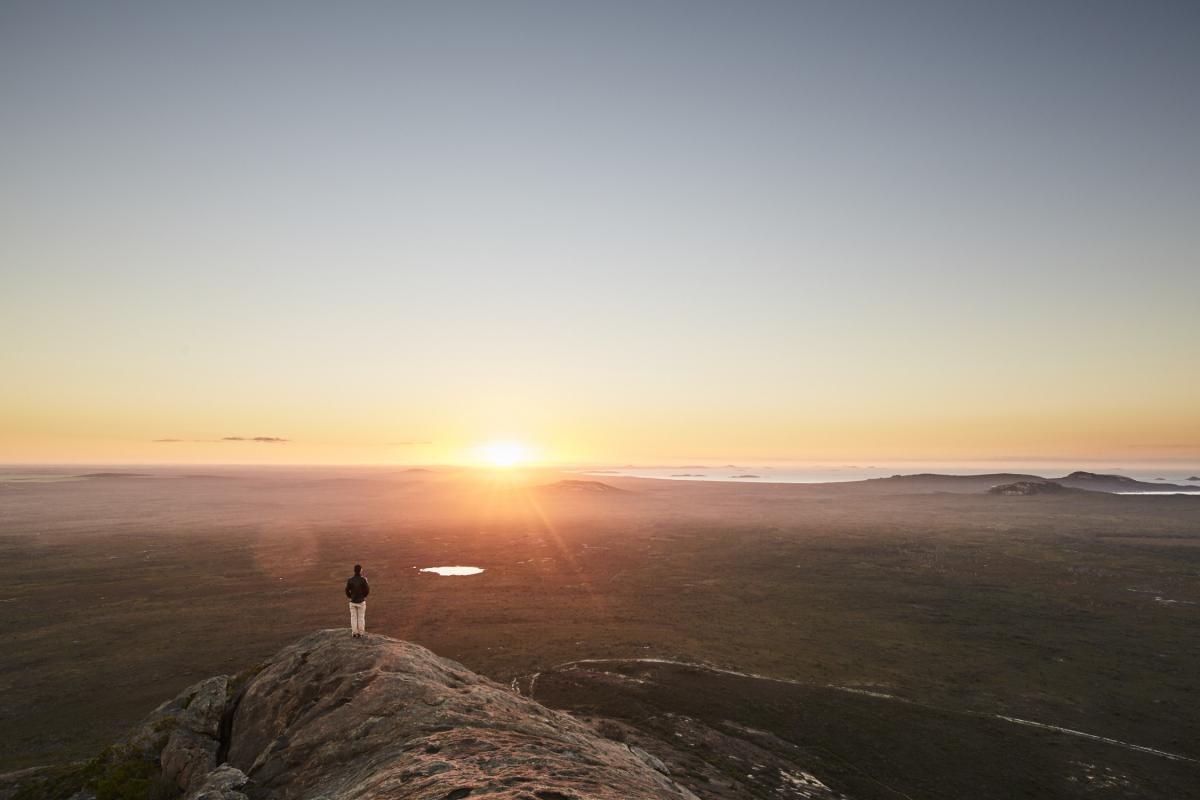 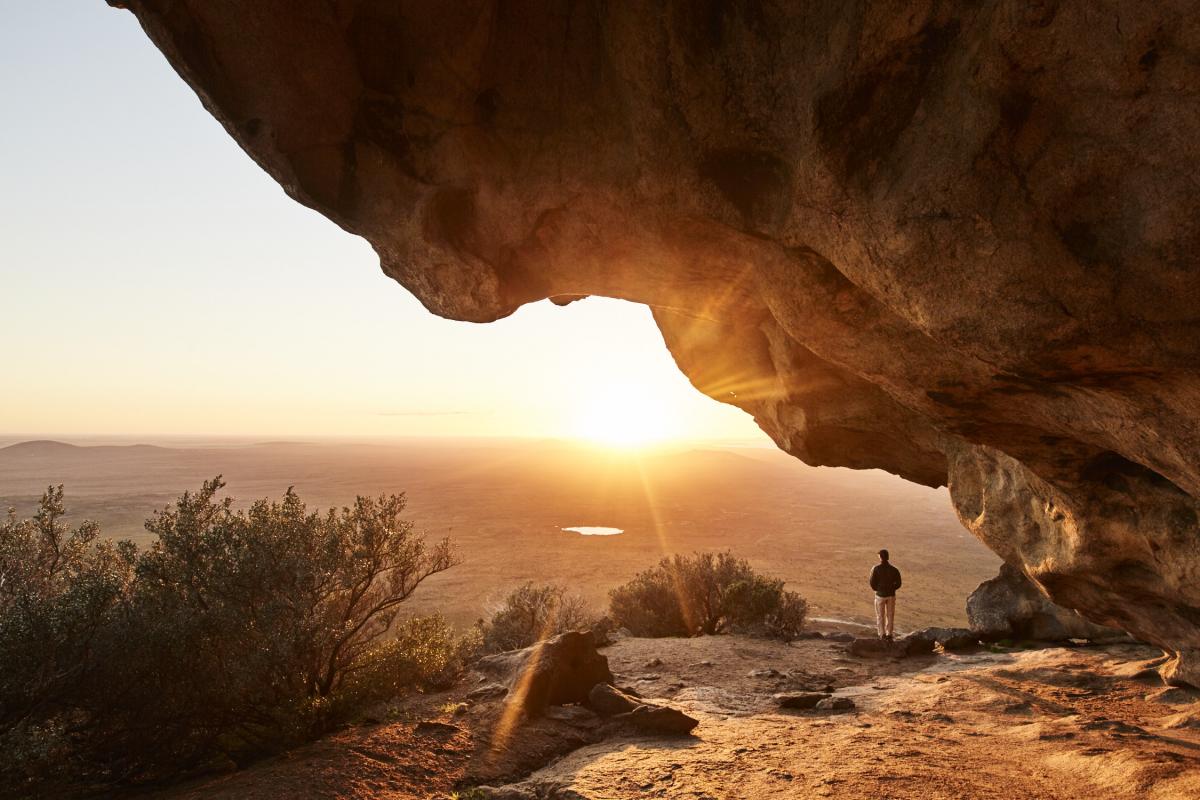 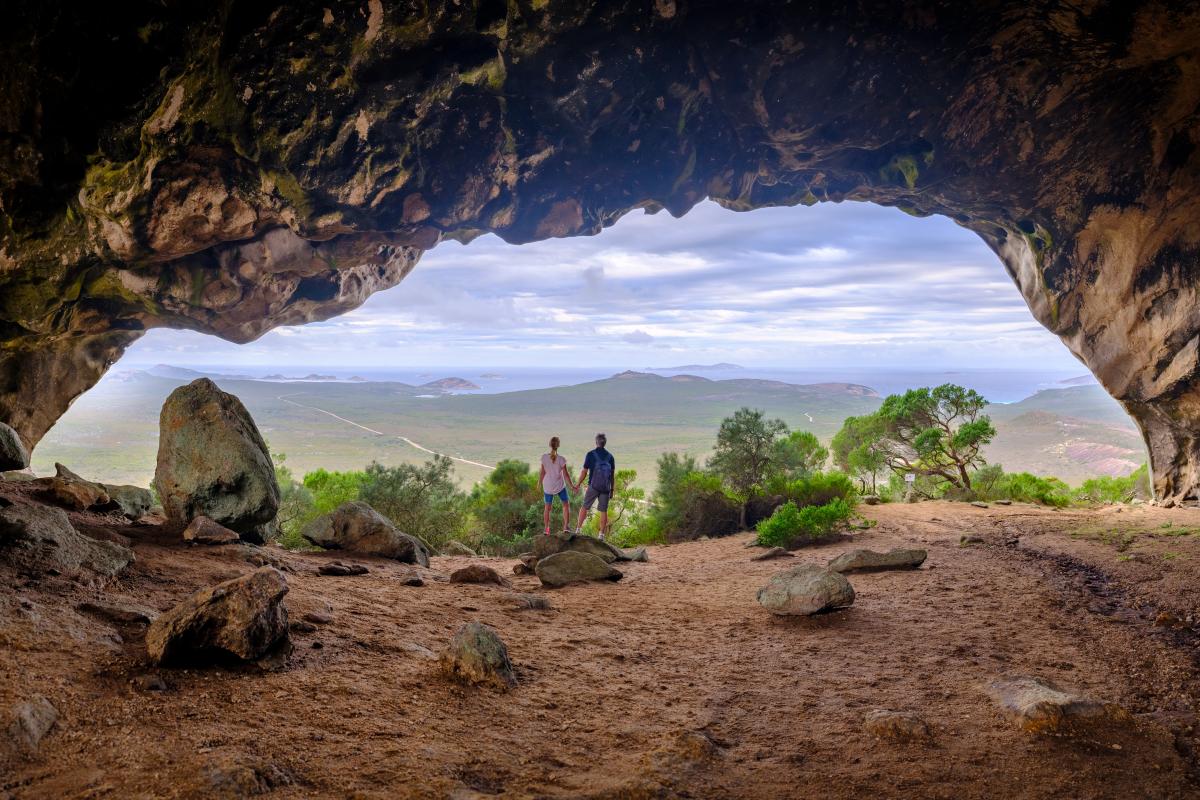 The cave near the summit of Mandooboornup 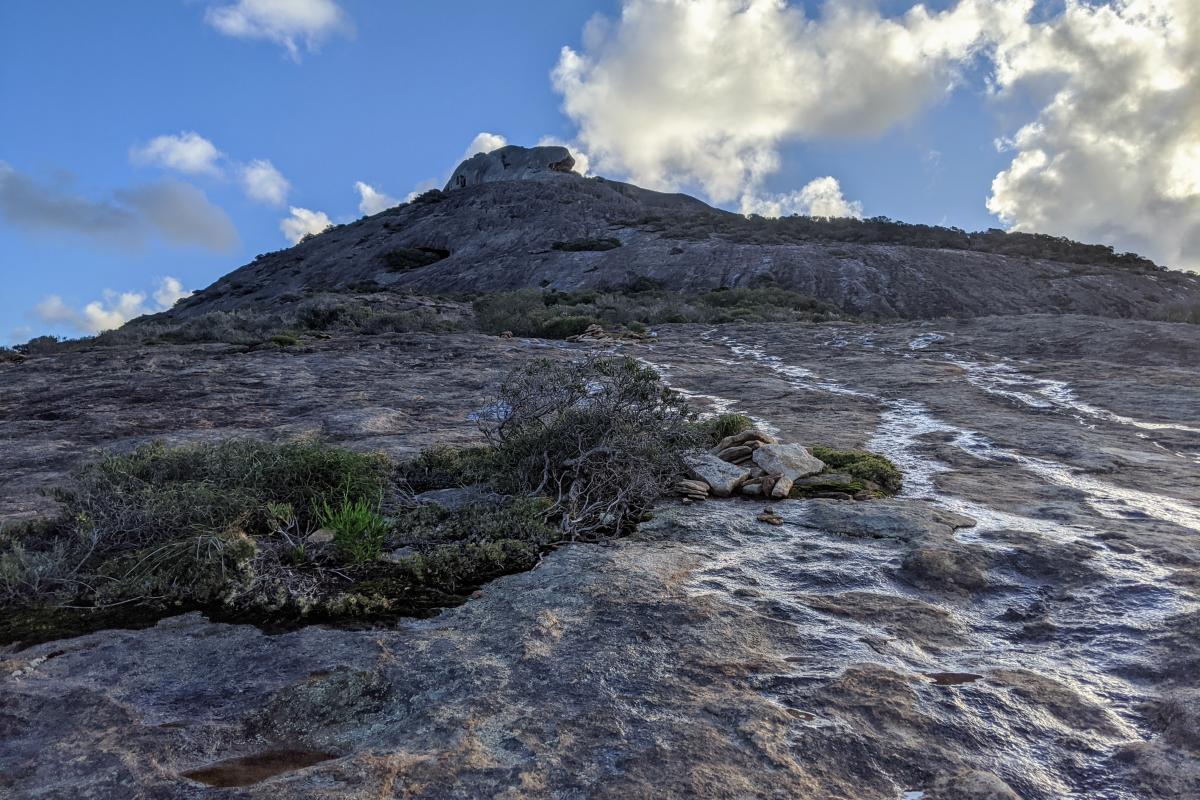 The way to the top up the granite slope 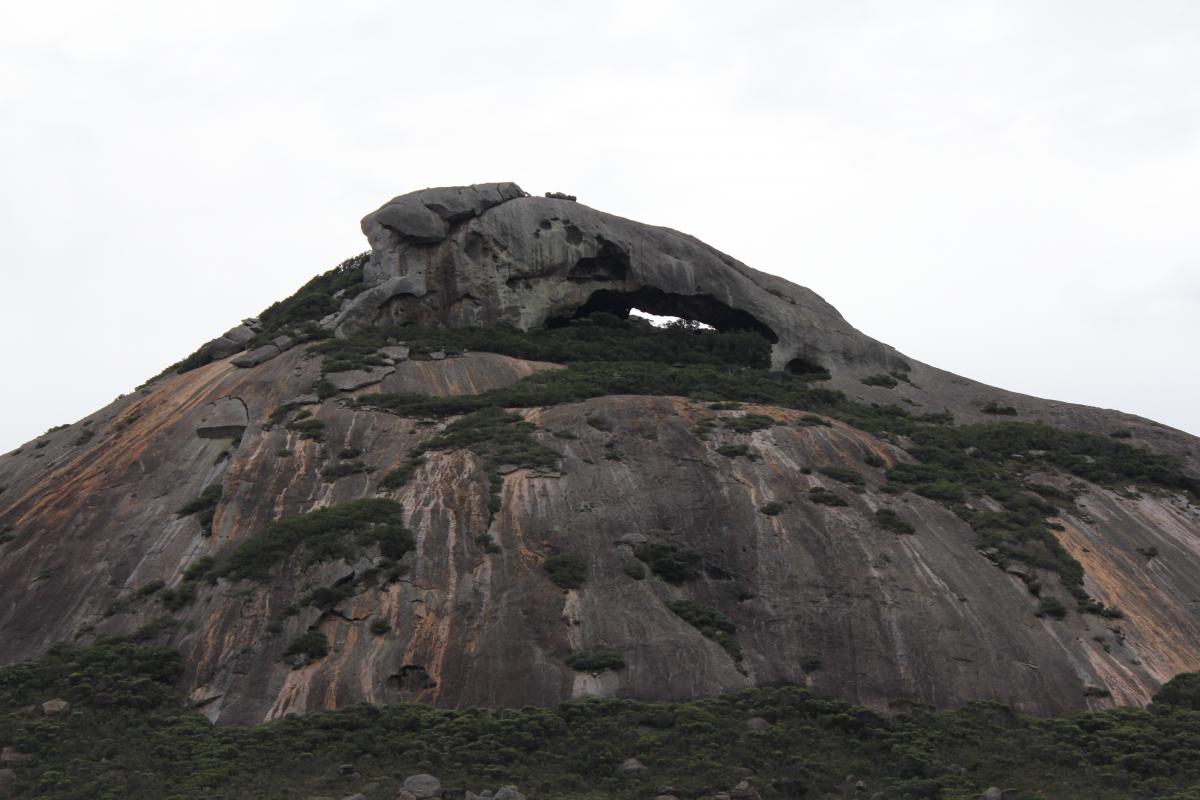 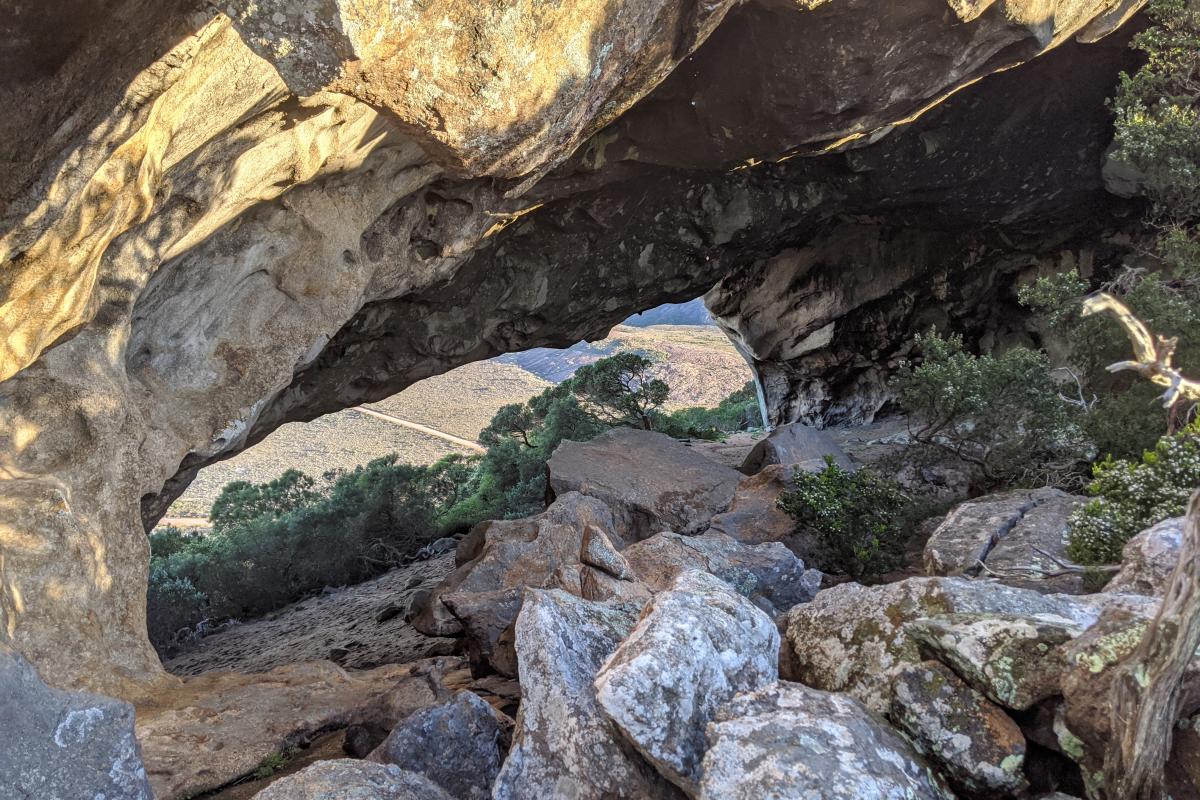 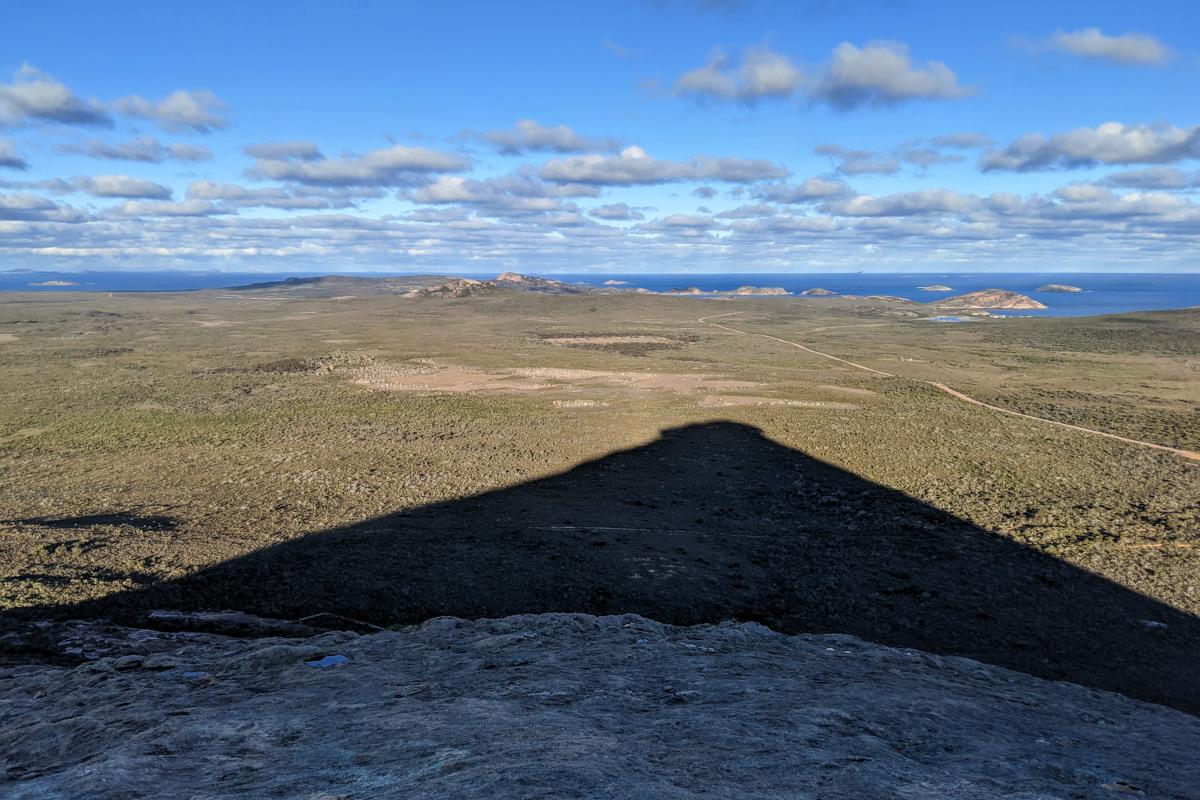 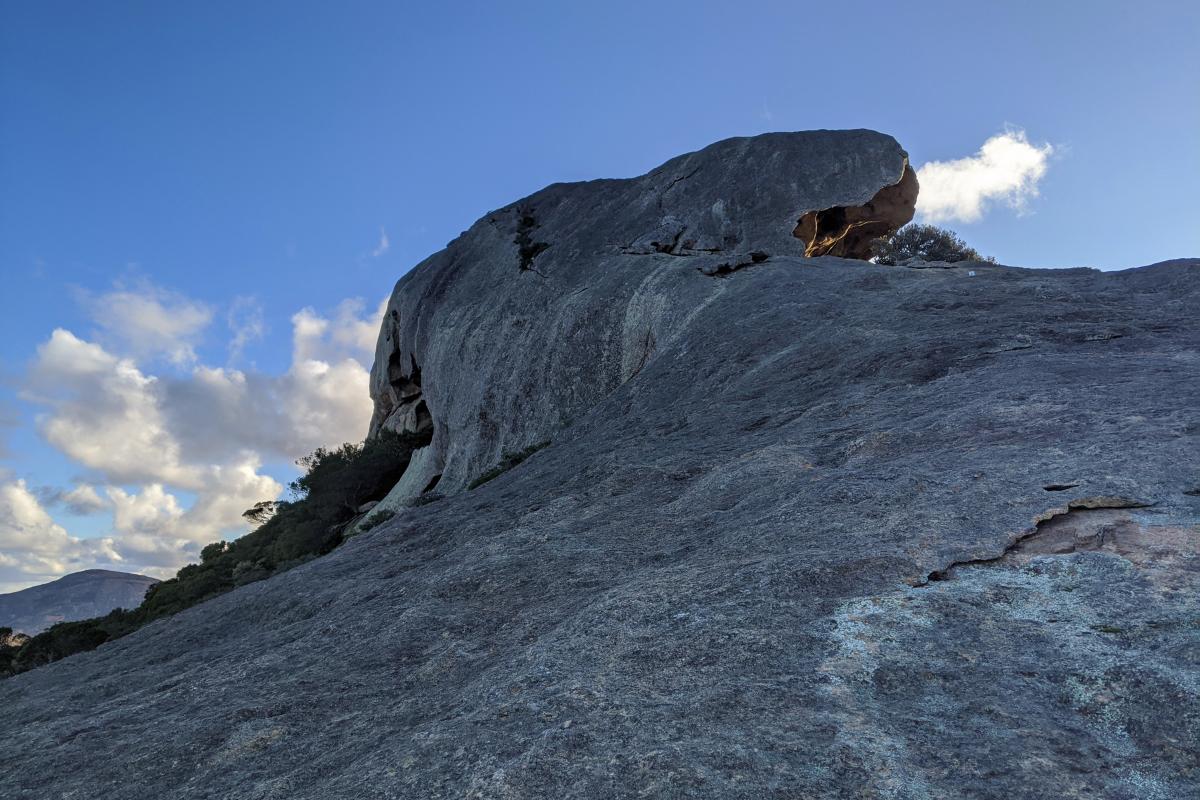 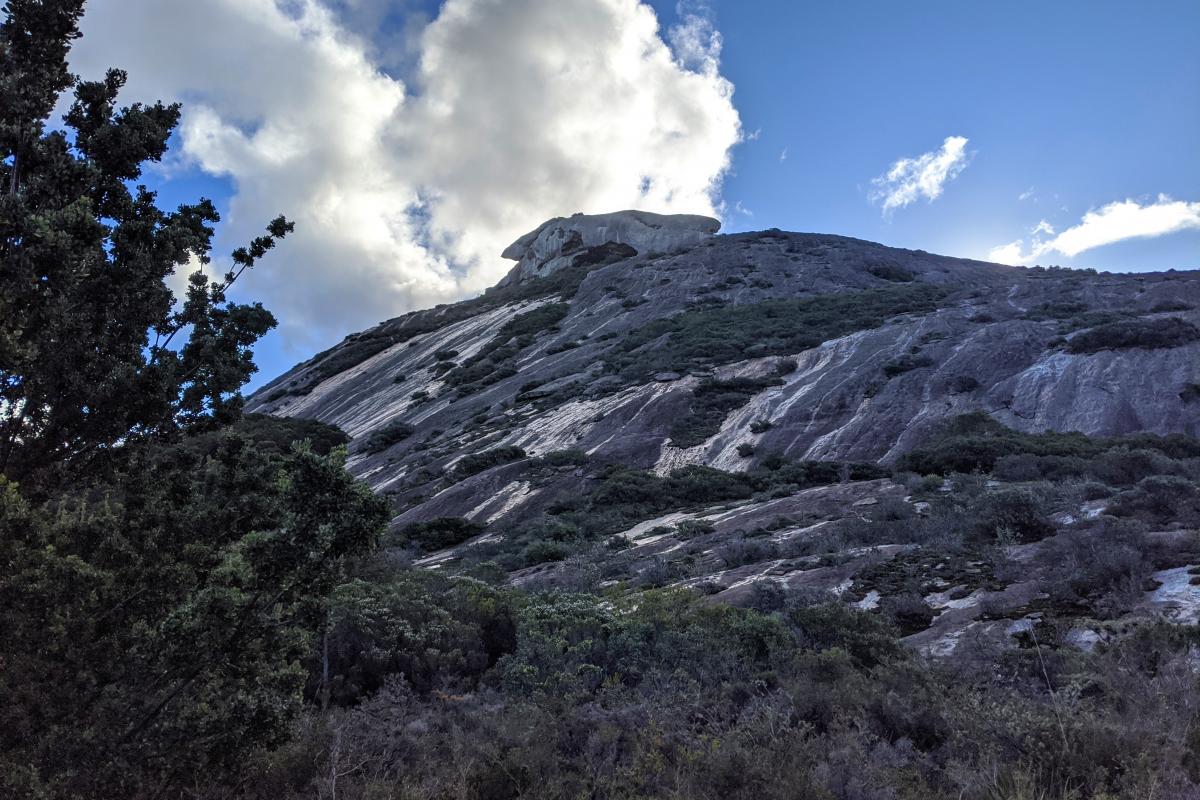 Paved path from the carpark and picnic area with views of Frenchmans Peak, before the trail starts climbing the steep granite slab. 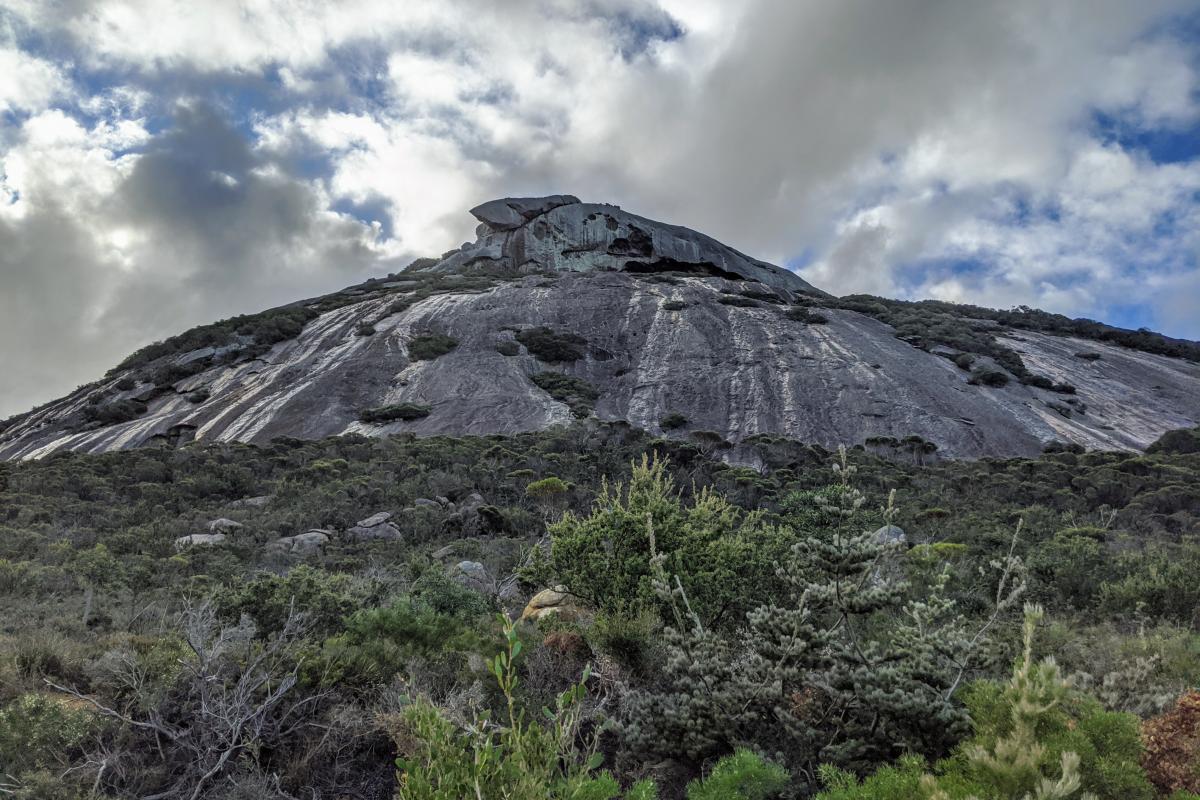 Frenchman Peak viewed from the carpark and picnic area 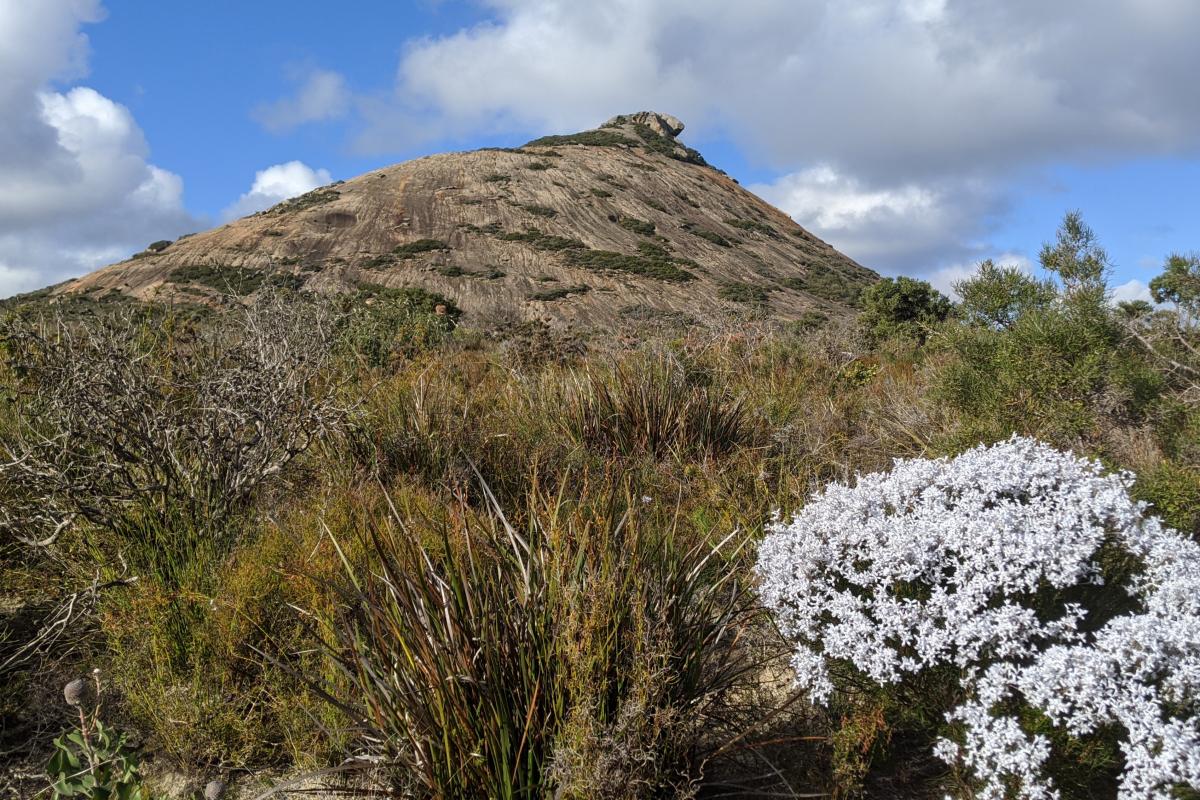 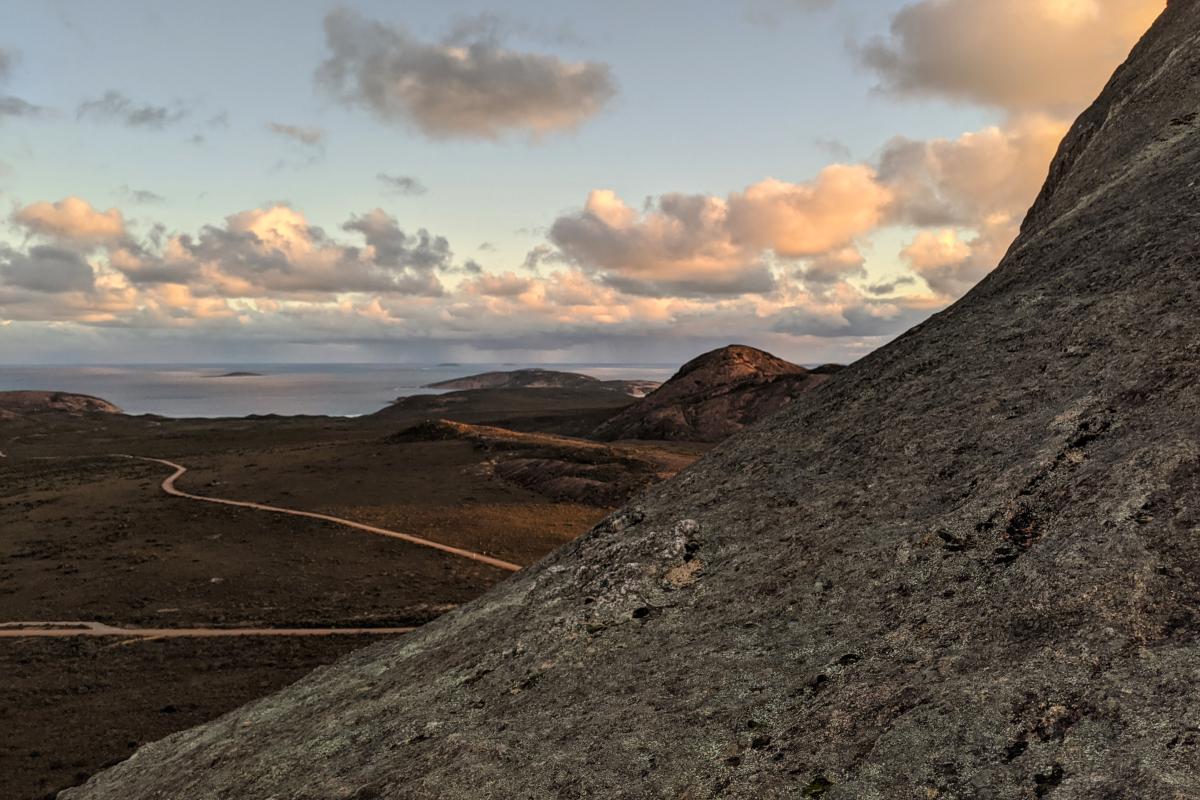 View from the slopes of Frenchman Peak 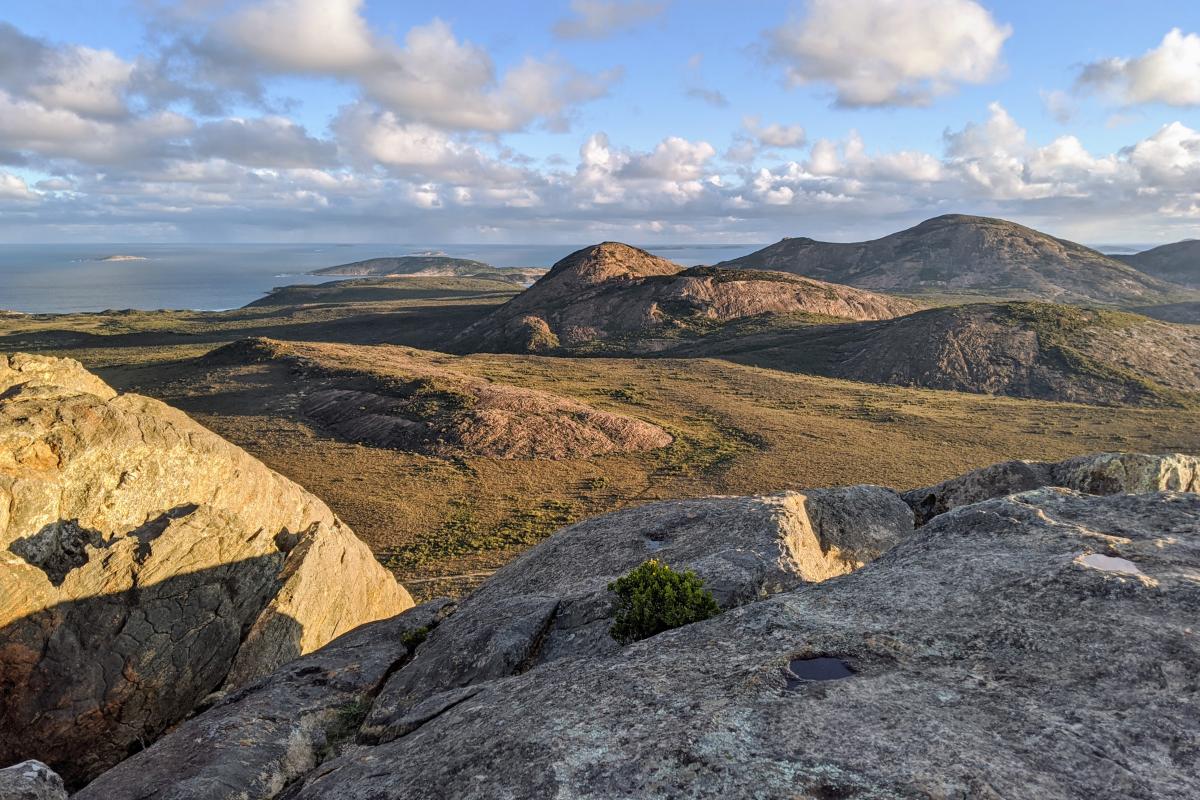 Visit the Atlas of Living Australia for a list of species recorded within a 5km radius of Frenchman Peak.

Located in Cape Le Grand National Park, a walk to the summit up the east slope of Frenchman Peak is rewarded with spectacular views over the park of the southern coastline and islands in the Recherche Archipelago.