Dirk Hartog Island National Park is part of the spectacular Shark Bay World Heritage Area. The island takes its name from Dutch sea captain, Dirk Hartog who made the first European landing on Western Australian soil in 1616, leaving behind a pewter plate.

Known as Wirruwana to Malgana traditional owners, the natural scenery of the island is dramatic from the wild coastal cliffs along its western edge to pristine beaches that stretch on forever on the eastern side.  It’s also known to be a top fishing spot, so don’t forget your fishing rod! In fact, don’t forget anything as there are no supplies available in the national park.

Checkout huge surf that bursts into kaleidoscopic shades of blue as it crashes against 200m high coastal cliffs and explodes from blow holes to create plumes of rainbow mist.  You can swim at secluded beaches or dive and snorkel at Surf Point. It’s a pretty awesome place.  Towering sand dunes and dirt tracks make four-wheel driving a must for getting around. If four-wheel driving and camping are your thing, with both national park camping as well as a range of accommodation at the privately owned Dirk Hartog Island Eco Lodge, this is the place to go. We’re talking super remote folks!

The national park has a rich European history. From the 1860’s until the early 2000s, the island was a pastoral lease and used for grazing stock, mainly sheep. It has also been a base for pearling and guano mining. (That’s bird poop to you and me!). History buffs will love the historic sites and ruins that shine a light on the past. And talking about shining lights, don’t miss the lighthouse and restored lighthouse keeper’s quarters at Cape Inscription. It’s illuminating!

Dirk Hartog Island is Western Australia’s largest island, and one of the world’s most important islands for mammal conservation. When Dirk Hartog landed there in October 1616, it was pristine. Since then, introduced plants and animals have damaged the island and most of its native animals became locally extinct.

Turning the tables on this decline, Return to 1616 is one of Australia’s most successful restoration projects. Since the early 2000’s it has removed sheep, goats and feral cats from the island and is slowly reintroducing the native mammal species that once occupied the area. Although they’ve had a tough time and are still rare on mainland Australia, these unique and threatened animal species are becoming increasingly easy to see when camping within the national park. Go for a night walk with a torch when you visit and you might just be lucky enough to see one! Thanks to Return to 1616, these animals are doing well in the national park but they need your help to keep it that way.

If you are planning a visit, you can help protect the national park’s amazing inhabitants and support the restoration project:

Plan when to visit. Read this safety information about fishing, diving and snorkelling. Consider travelling with a personal location beacon (PLB). In the event you need to be rescued it could save your life! 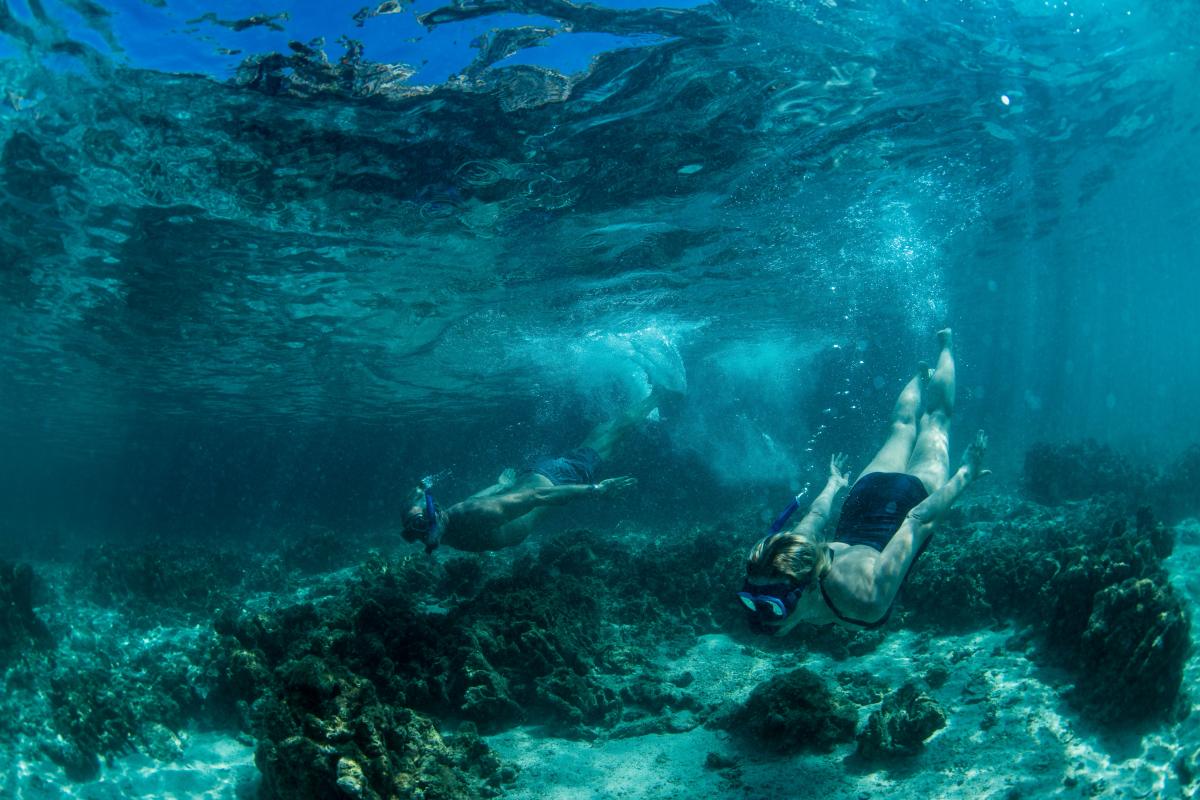 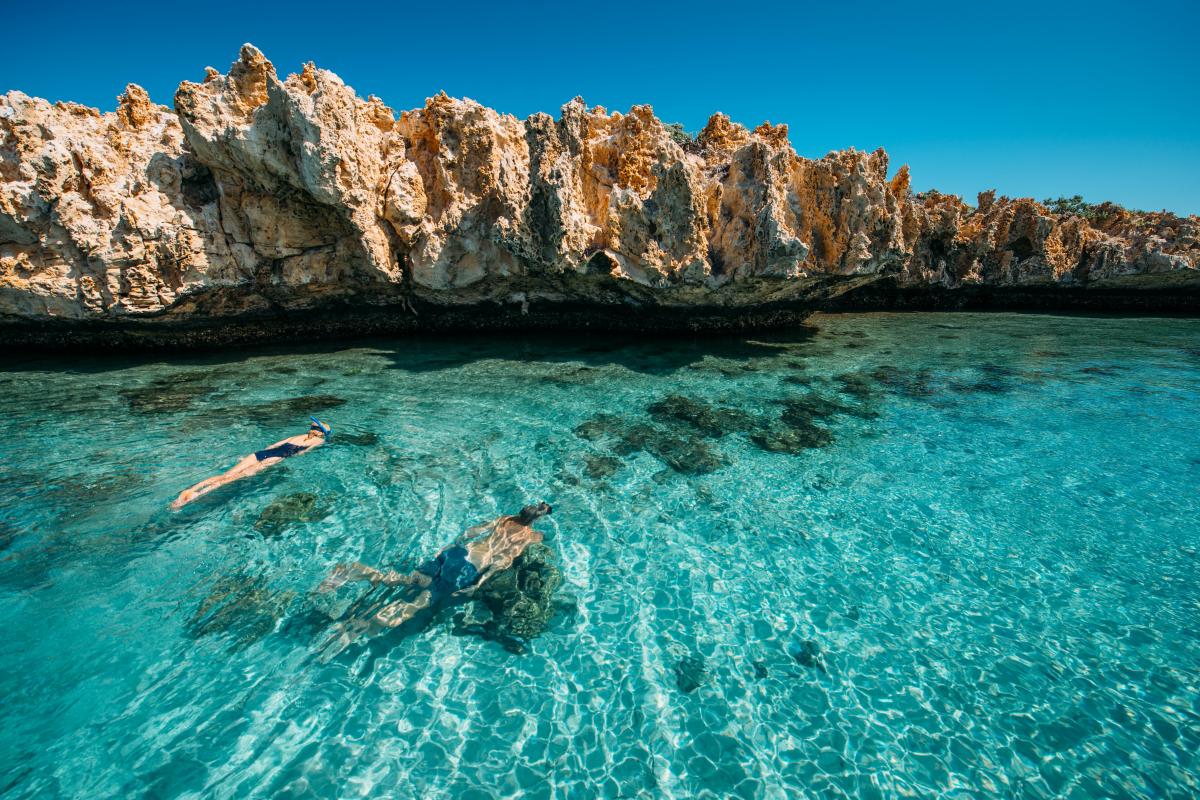 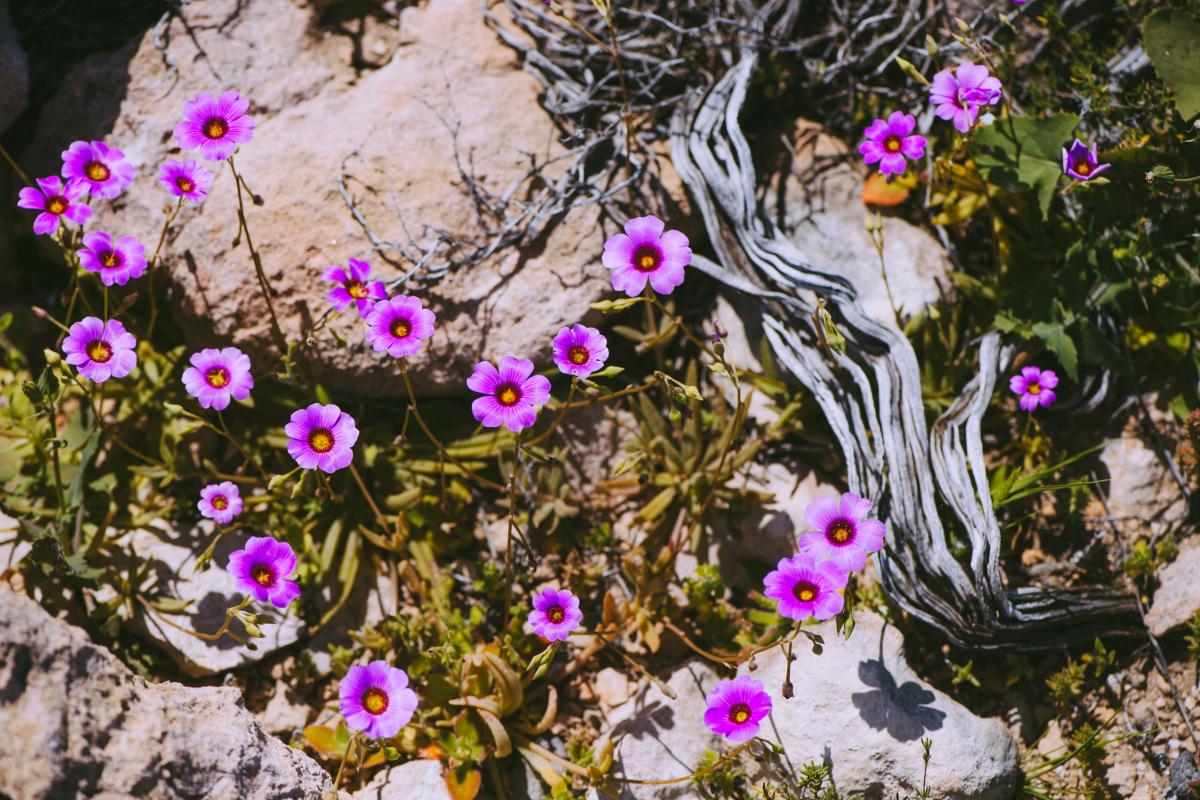 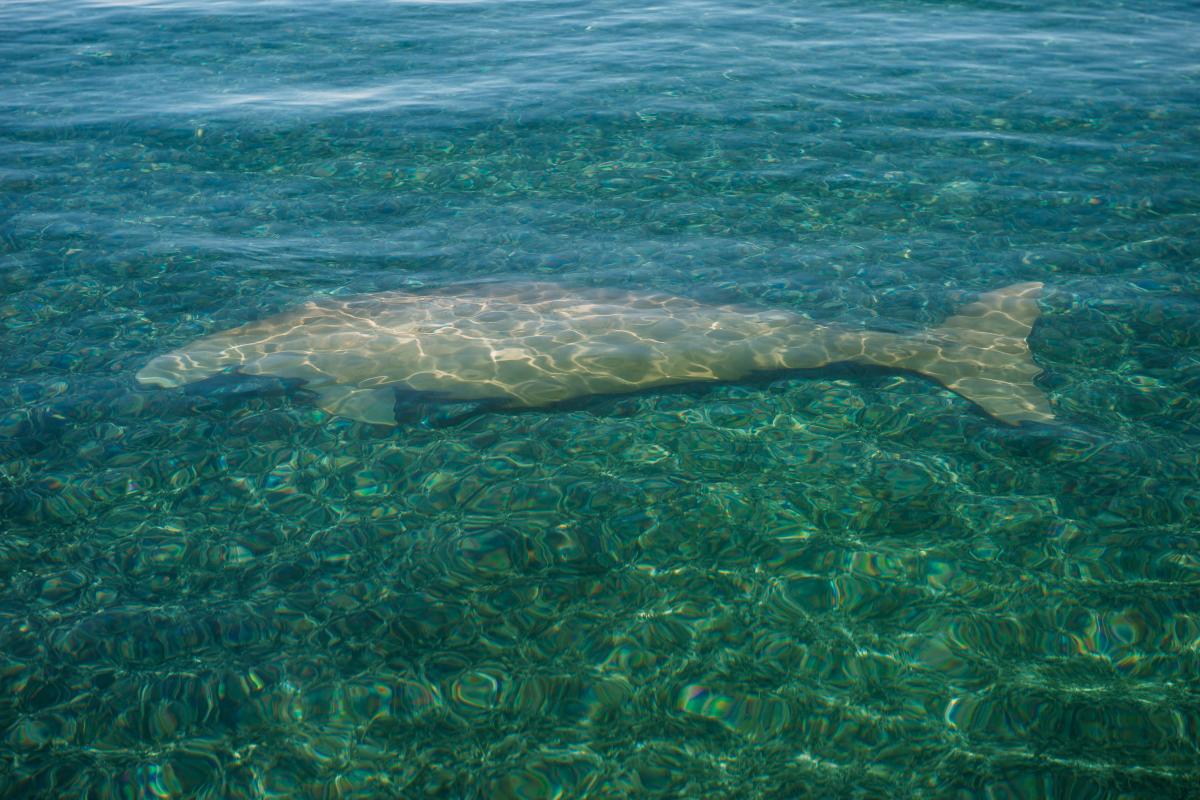 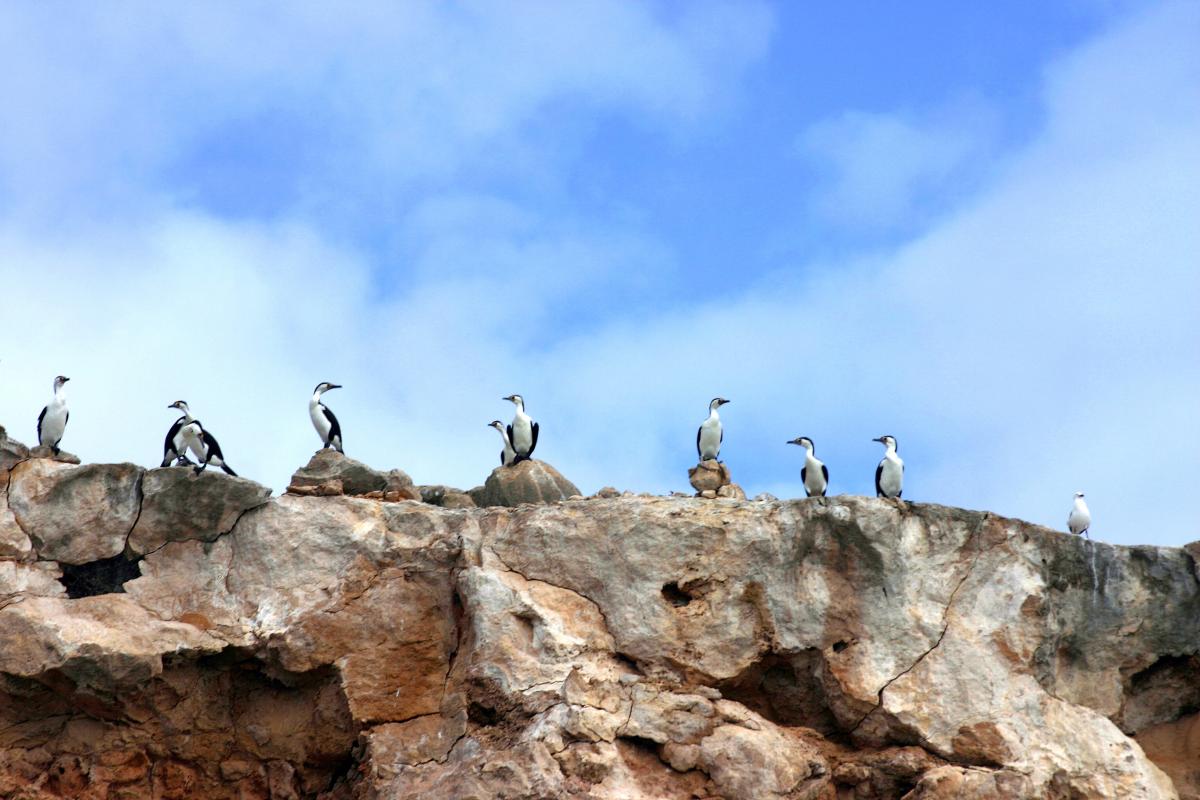 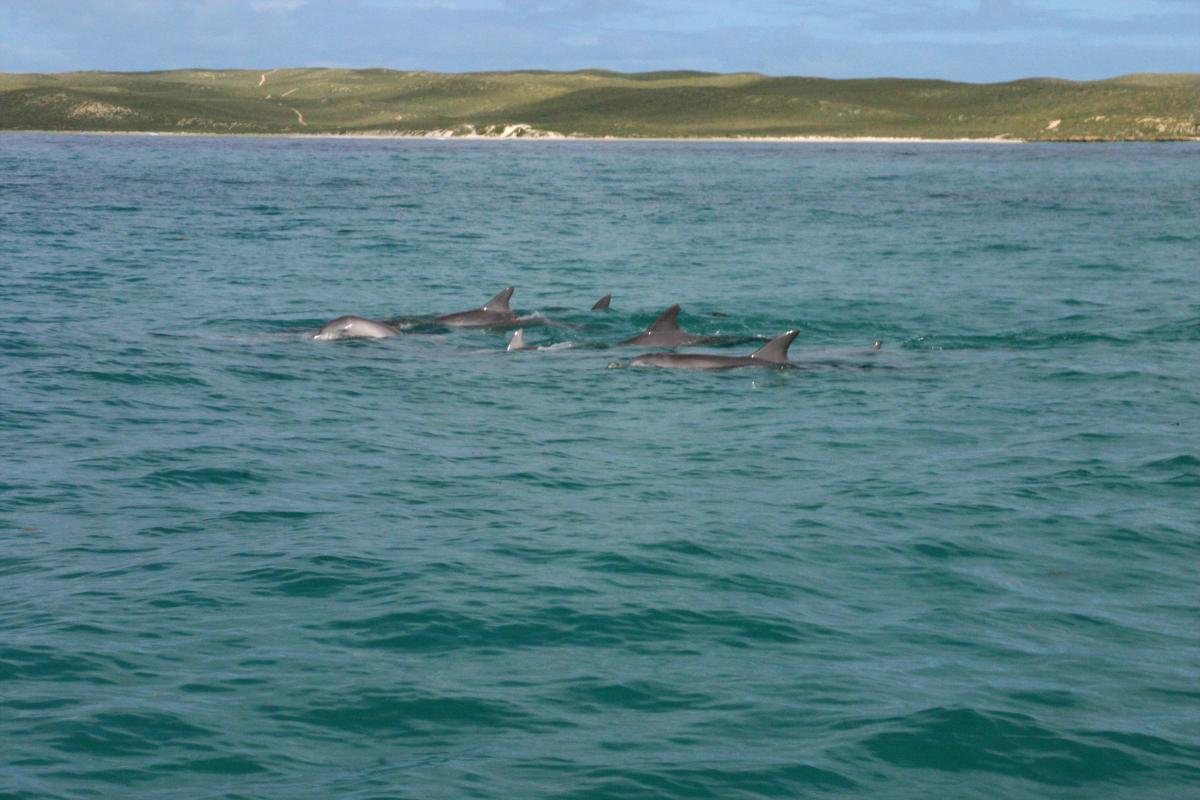 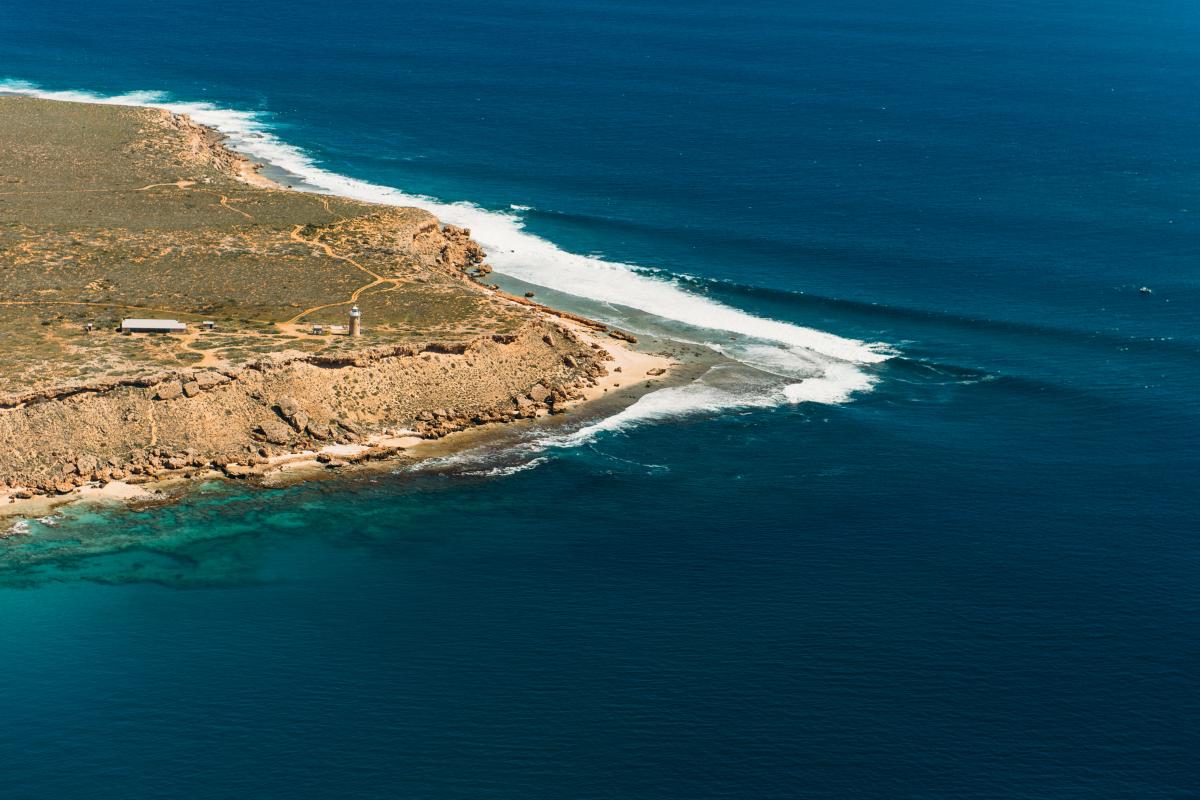 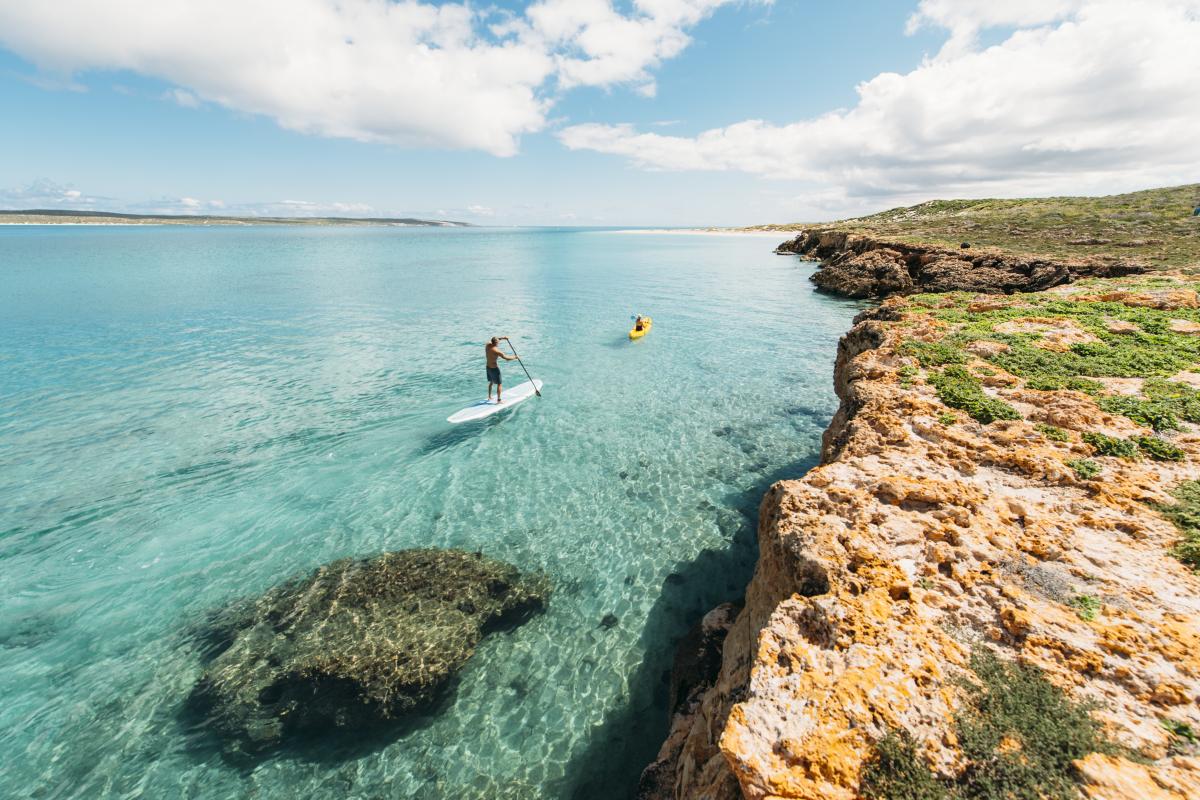 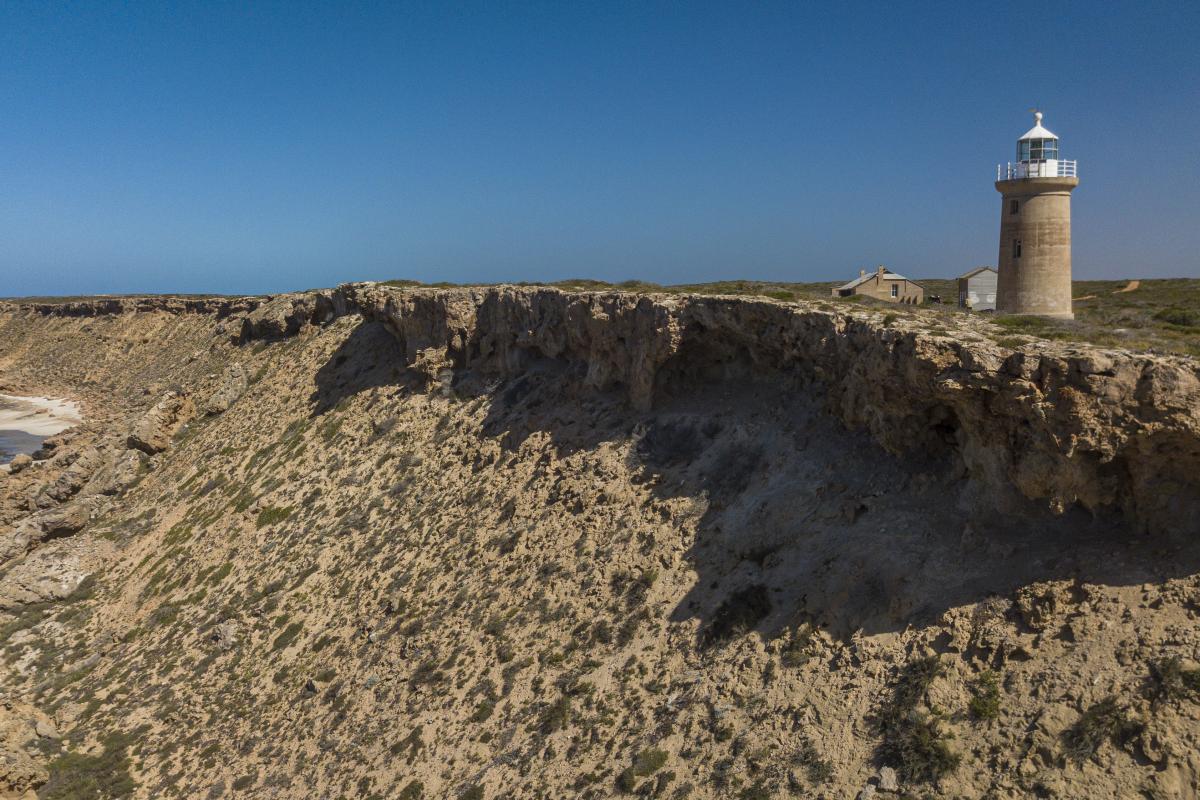 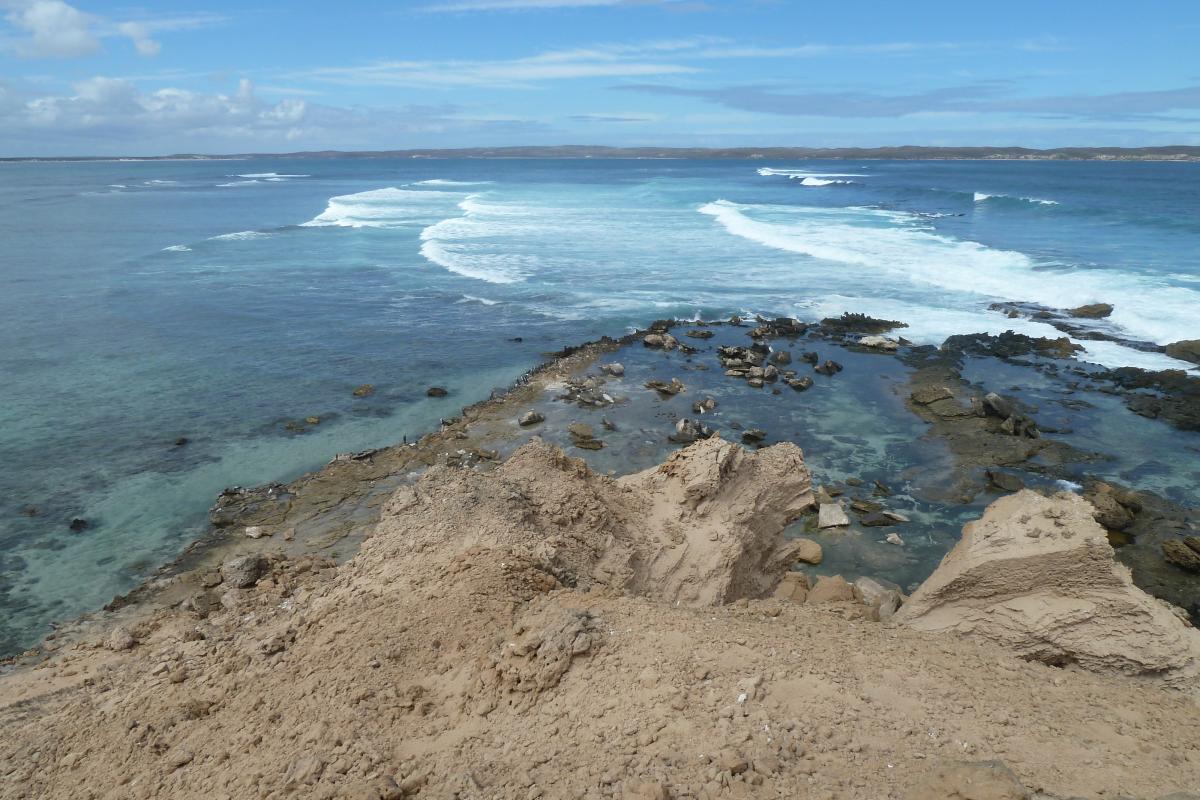 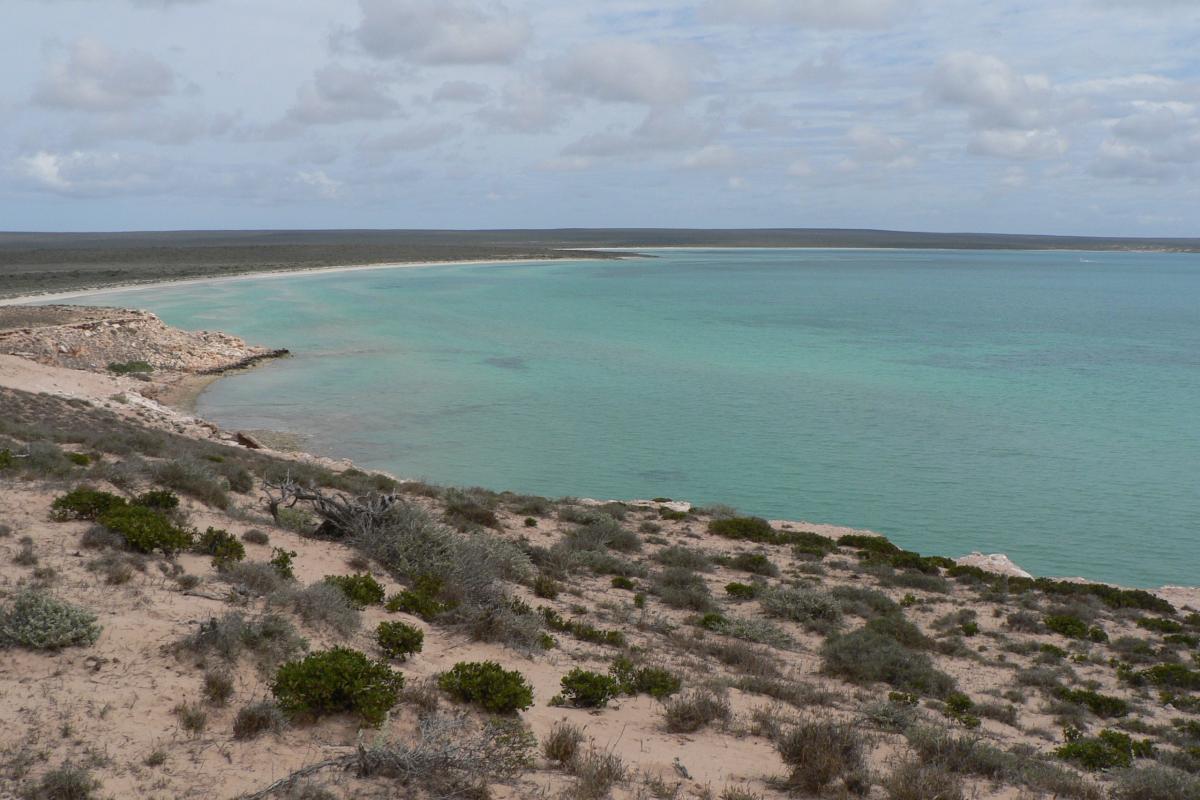 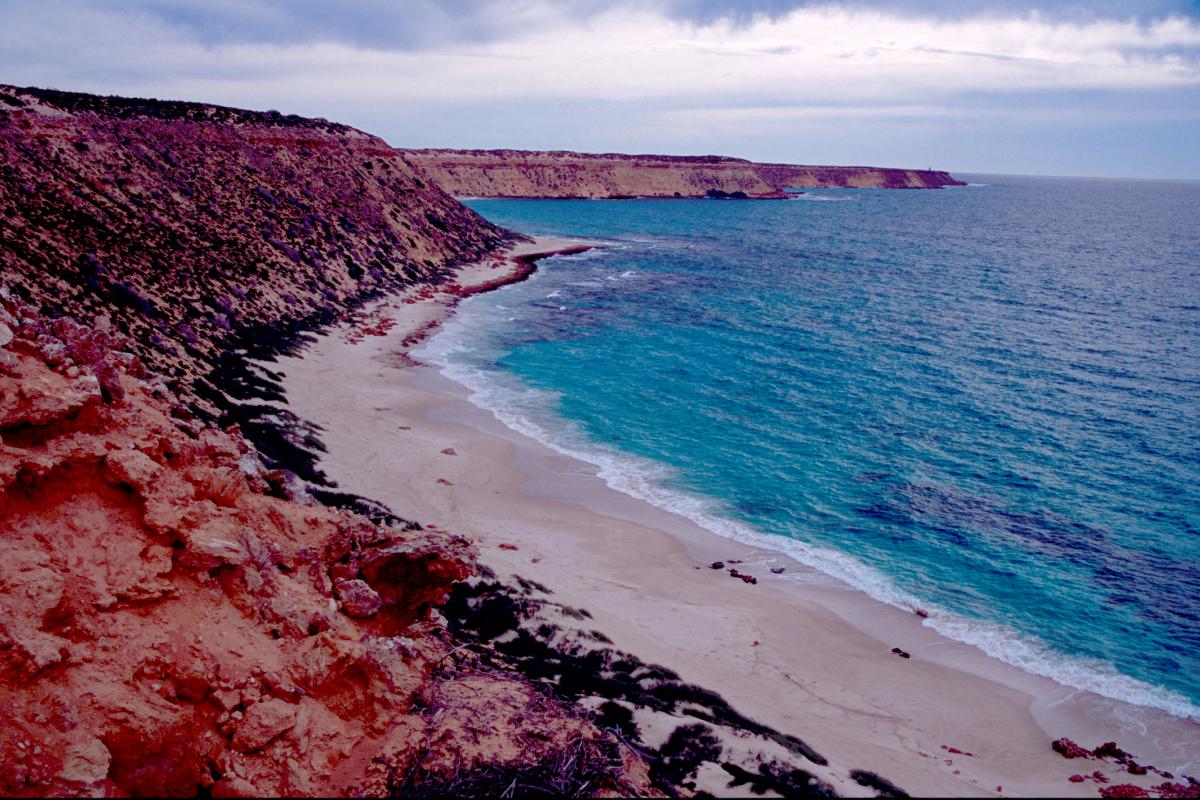 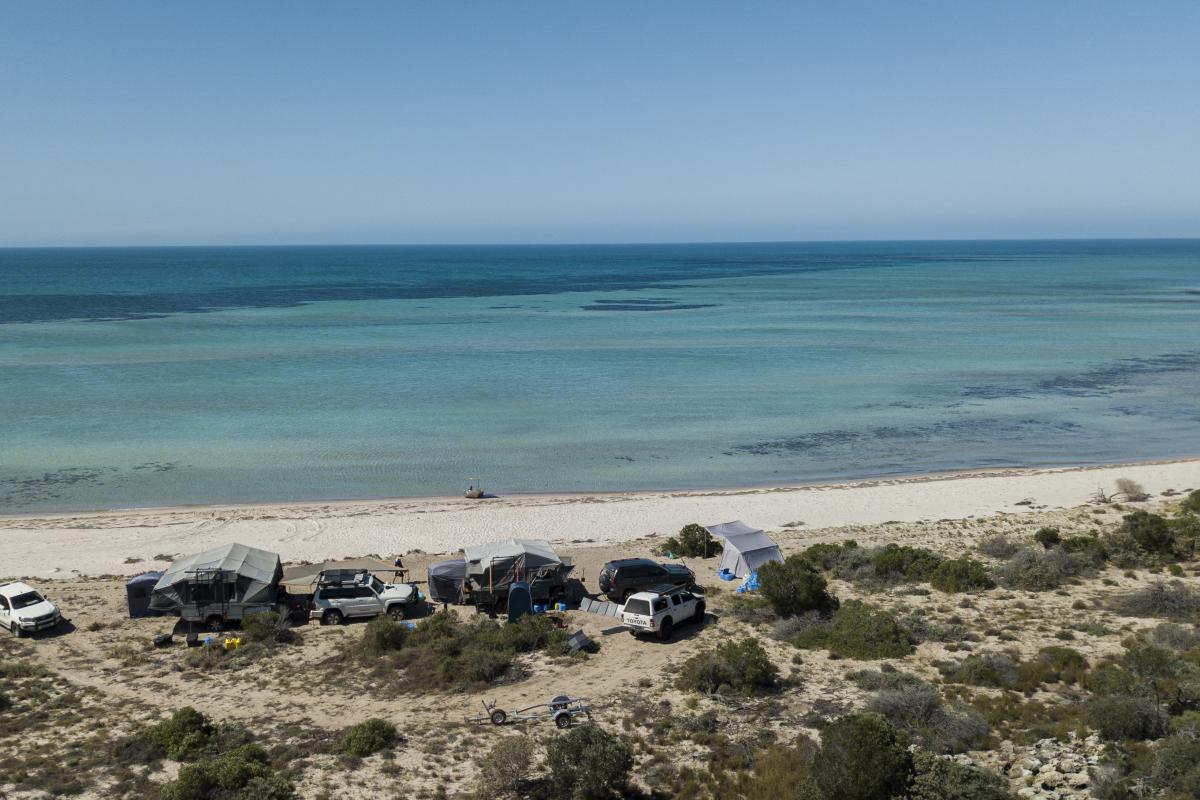 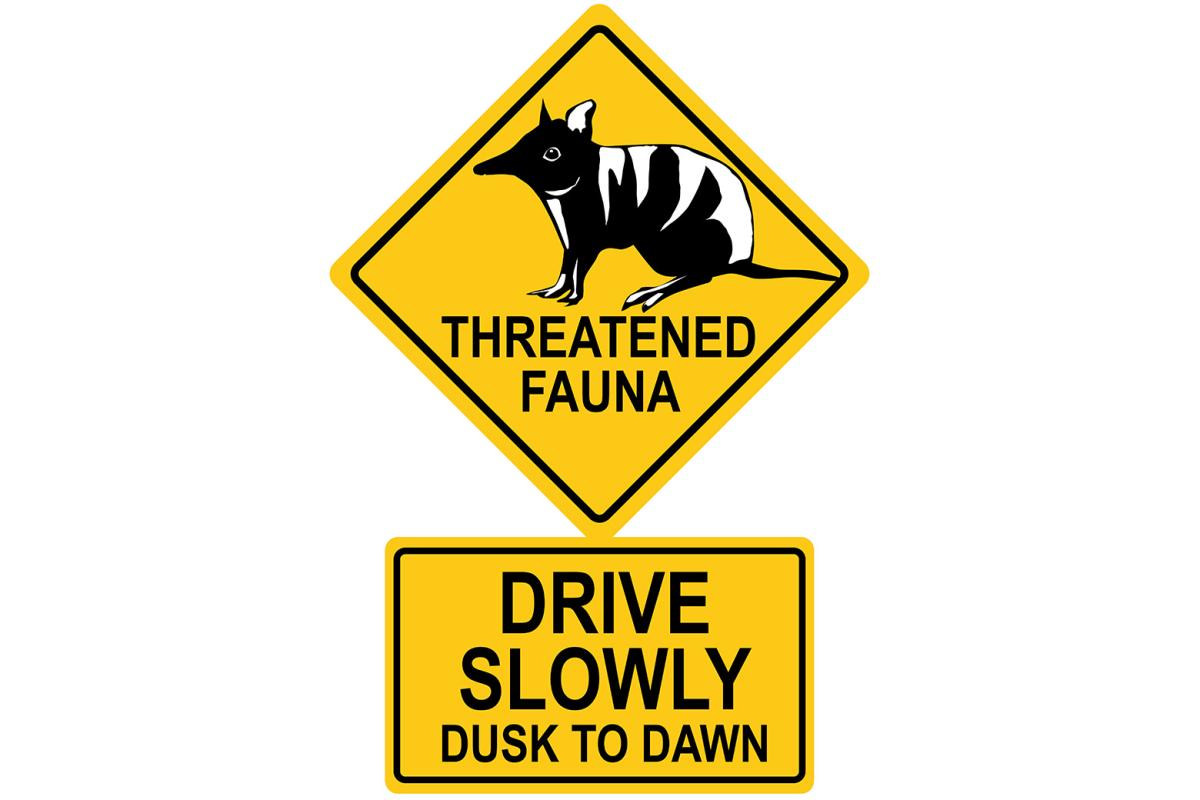 Find out about the threatened animal species being returned to the island with the exciting Return to 1616 project.

Visit the Atlas of Living Australia for a list of species recorded in Dirk Hartog Island National Park.

We recognise and acknowledge Malgana people as the traditional owners of Dirk Hartog Island National Park.

Entry fees apply at Steep Point on your way through to Dirk Hartog Island National Park.

The park is located 40km West of Denham. All visits to the island need to be pre-booked. You need a high-clearance, four-wheel drive vehicle to explore the island. Access is via a privately operated barge at Steep Point that operates from March to October. Park entry fees apply at Steep Point for camping or transiting through to Dirk Hartog Island National Park. Most visitors camp overnight at Steep Point prior to travelling to the island on the barge.

Massive waves that have built up over vast unbroken stretches of ocean break against spectacular 150m-high limestone cliffs on the western side of Dirk Hartog Island. There are no facilities at this place. 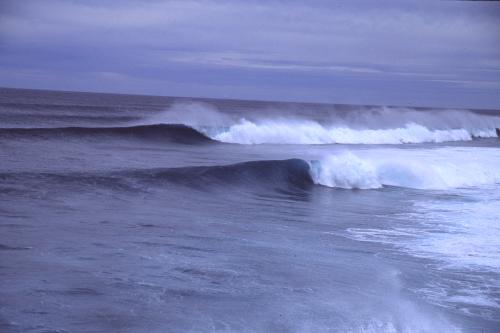 This beautiful beach's shape and orientation at times, because of its prevailing winds, collects a variety of jetsam and flotsam from the world's oceans. 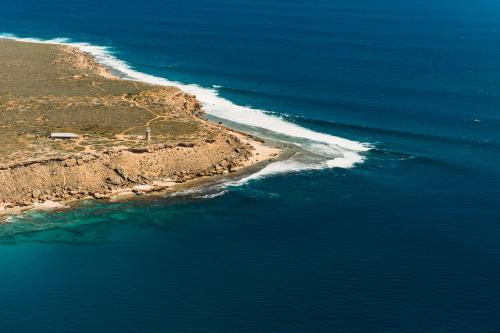 Enjoy stunning views of the beach and rocky headland at the most northerly point of Dirk Hartog Island National Park, which is also arguably the most historically significant site in Australia. 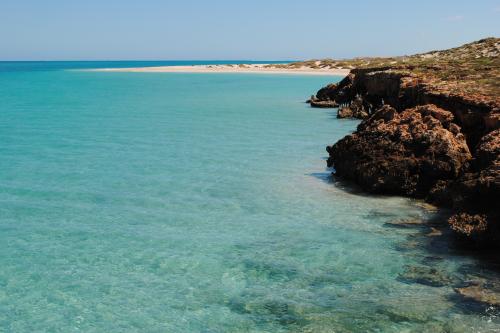 Cape Ransonnet is the arrival point on Dirk Hartog Island for boats leaving from the Edel Land Peninsula. 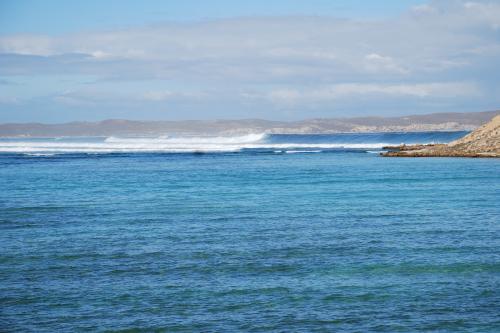 Surf Point has stunning coastal scenery and offers good snorkelling and diving. You can often see turtles, sharks and other large marine animals from the shore. 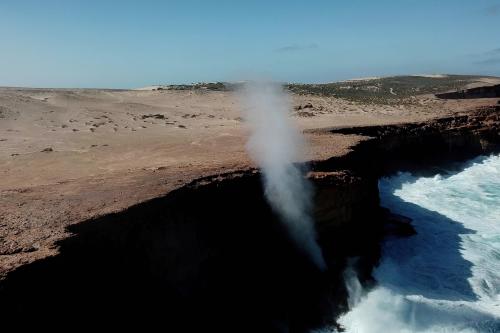 When the swell is running, surf is forced through fissures in the rocks below the cliffs to produce the eerie sound of the Blowholes, sometimes shooting spray up to 10m in the air. 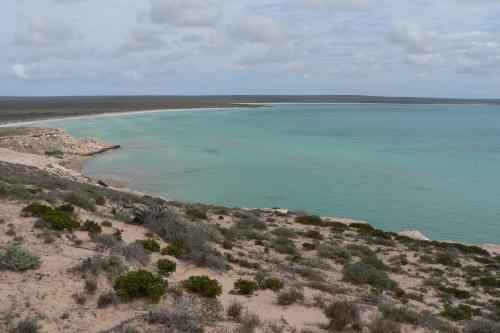 Have a picnic on the beach on the east coast of Dirk Hartog Island. Enjoy a walk along the pristine beach or go fishing or swimming. 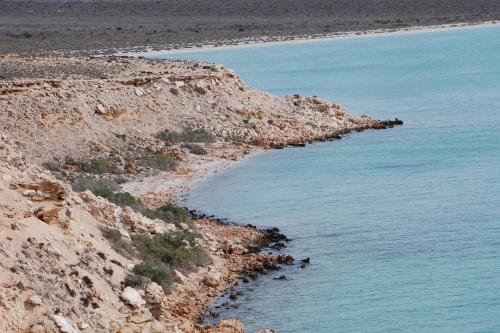 Quoin Bluff South is the place where you will find the remains of an army outpost, a stone jetty and other relics. There are no facilities available here. 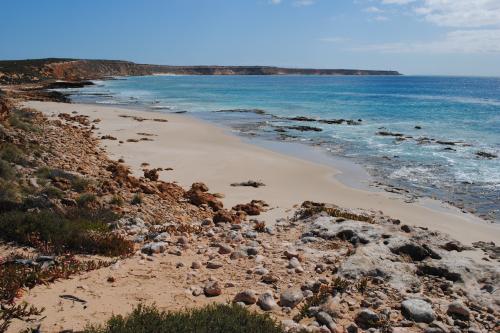 This lookout point allows visitors to view the wildlife and coastline at the largest loggerhead turtle breeding colony in Australia. Camping fees apply to all camping areas within the national park. Please book your campsites through the Dirk Hartog Island Eco Lodge. 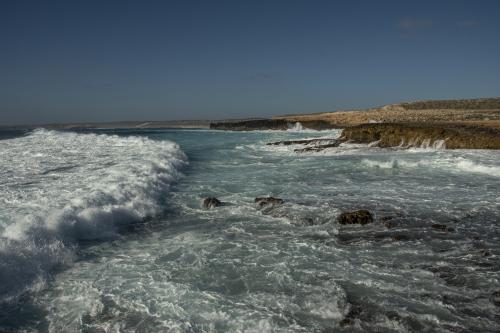 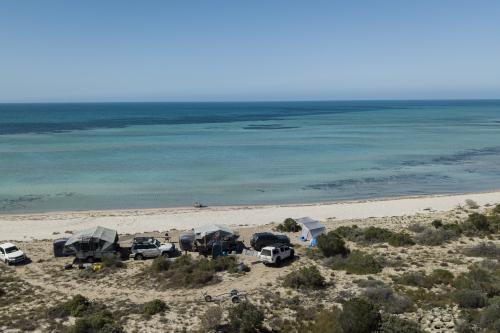 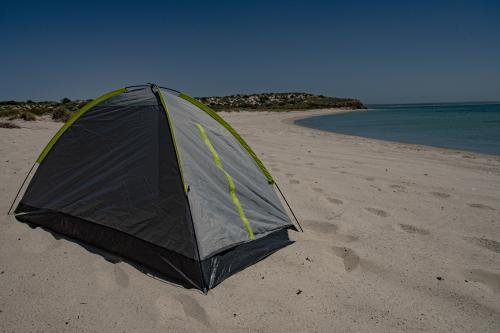 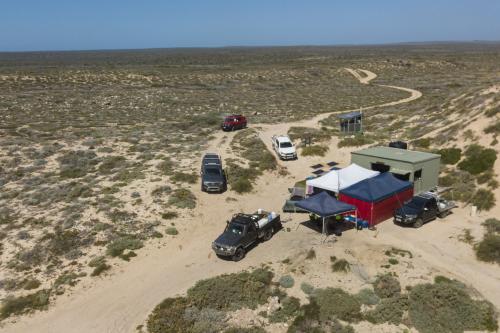 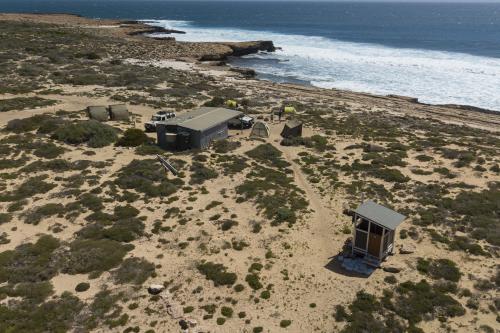 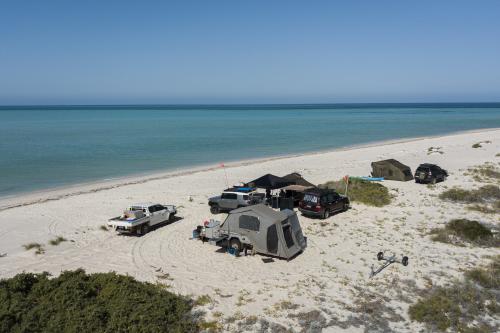 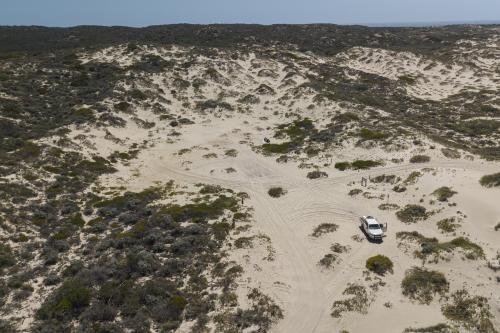 Withnell Point is a large beachside camping area. There is excellent beach fishing at the point. Camping fees apply to all camping areas within the national park. Please book your campsites through the Dirk Hartog Island Eco Lodge.