If you are heading to Shark Bay, be sure to visit one or all of these places on Australia's Coral Coast.

Shark Bay is remote - Monkey Mia and some other places are accessible by two-wheel drive but access to much of the area requires a four-wheel drive or boat.

Make sure you're familiar with all the advice and references for further information on the Know before you go page. Away from parks and main roads, you may need the permission of traditional owners or pastoral station managers for access.

There are a number of companies that offer tours by four-wheel drive, air and boat in Shark Bay.

Though not usually present, the potentially lethal box jellyfish and irukandji do sometimes appear in the area. They are most likely to be found from November until April. Stinger suits may protect the parts of the body they cover. If you are stung, douse liberally with vinegar and seek urgent medical advice.

Summer temperatures in Shark Bay can be hot. Go to the Bureau of Meteorology for more climate and weather and cyclone information. Visit Park Alerts for all park, road, track and trails closures before you go.

May - November: Manta rays - although present year-round, manta rays appear in much greater numbers at this time.

June - September: Humpback whales - another ocean giant appears in the warm waters to mate and give birth before returning south to the feeding grounds.

The barge between to Dirk Hartog Island from Steep Point does not operate in the summer months. 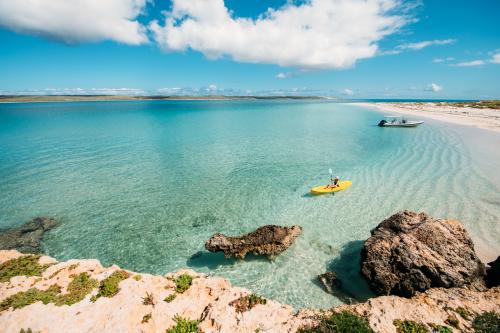 Just a hop, skip and a jump away. Hop onto the ferry, skip off at the other side and jump into your four-wheel drive. Let the adventure begin! 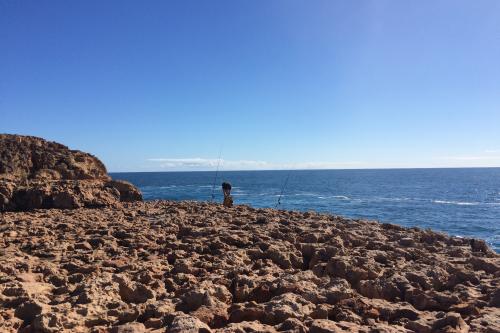 Go as far west as you can go - the most westerly point of WA is here. 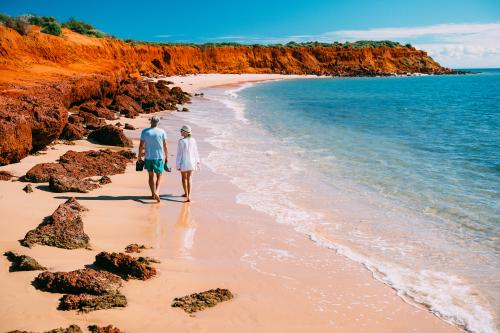 No filter required. This is the place where red desert cliffs meet the turquoise sea. Seeing is believing - this park is a colourful wilderness adventure. 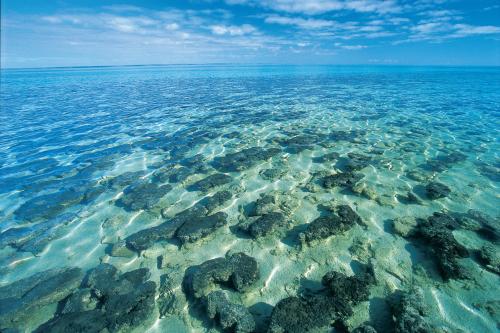 It’s life, but not as we know it! Gaze into the dawn of time at Hamelin Pool Marine Nature Reserve. 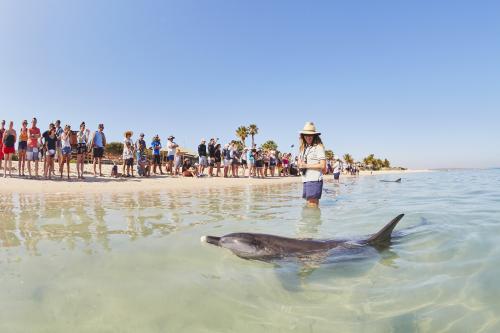 The dolphins are the stars here swimming just metres from the shore, but there’s plenty more experiences and wildlife throughout this World Heritage listed area to check out! 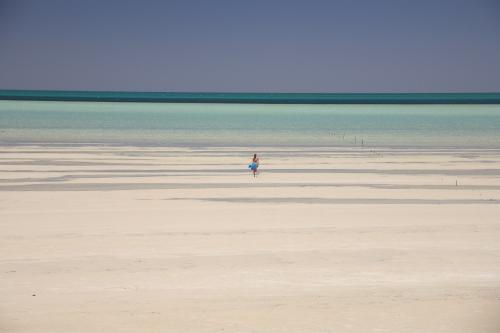 If she sells seashells on the seashore, she’ll be here forever! See shells, shells and more shells!