We all know that the southwest region has great coastal scenery and West Cape Howe National Park is no exception. The landscape is wild and dramatic - towering cliffs, white sand beaches, granite headlands, huge crashing waves, coastal heathland and even some Karri forest. It is breathtaking whichever way you look. The diverse landscape is home to lots of birds and wildlife.

Visit beautiful Shelley Beach and the spectacular lookout above for views out to sea and along the rugged coastline to Torbay Head. Venture further into the park on the sandy four-wheel drive tracks, or by walking a section of the Bibbulmun Track. And if that sounds tame, well there’s always paragliding. Shelley Beach Lookout has two platforms purpose built for hang gliding and paragliding. I mean who doesn’t want to launch themselves off a ledge into mid-air right?! Stick around for a while and set up camp. There’s a low-key campground at Shelley Beach.

Yes, we recommend you drop into West Cape Howe National Park. After all, it is the southernmost point of mainland Western Australia and the next stop is Antarctica!

Plan when to visit. Read this safety information about bushwalking, fishing and hang gliding/paragliding. Consider travelling with a personal location beacon (PLB). In the event you need to be rescued it could save your life! 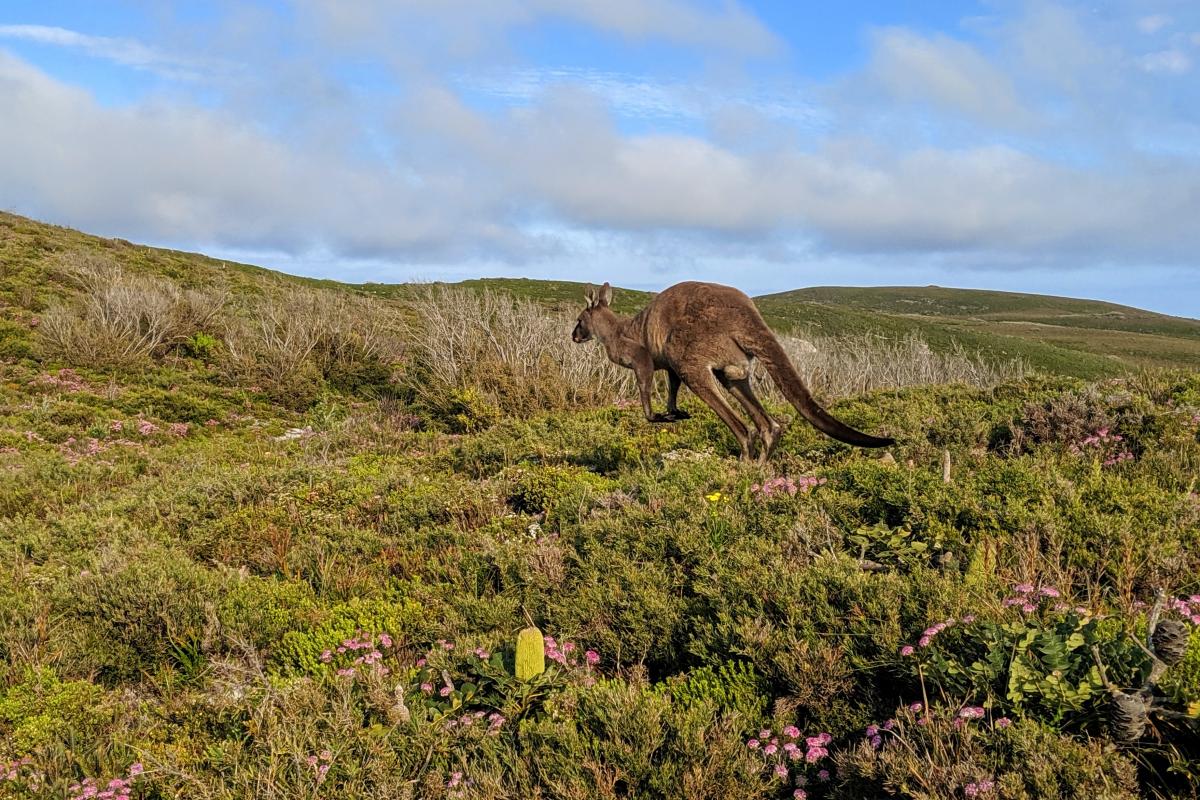 Kangaroo hopping through the coastal heath 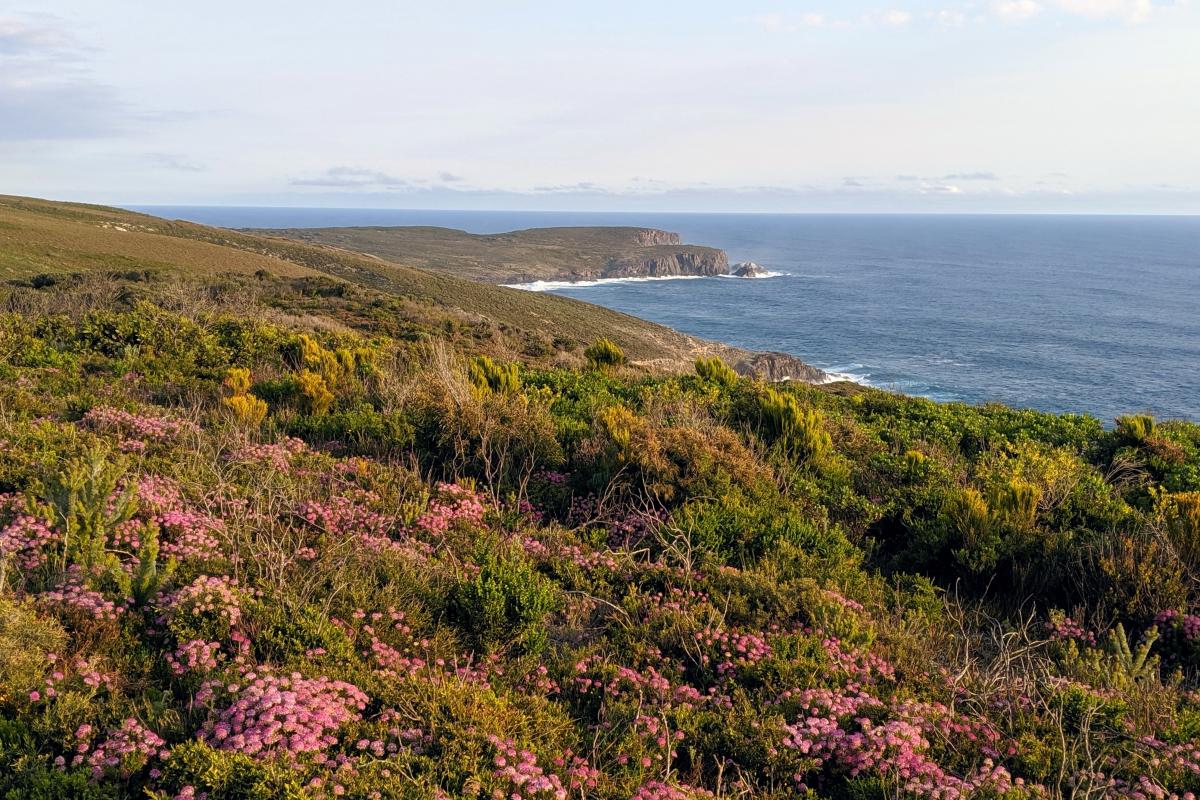 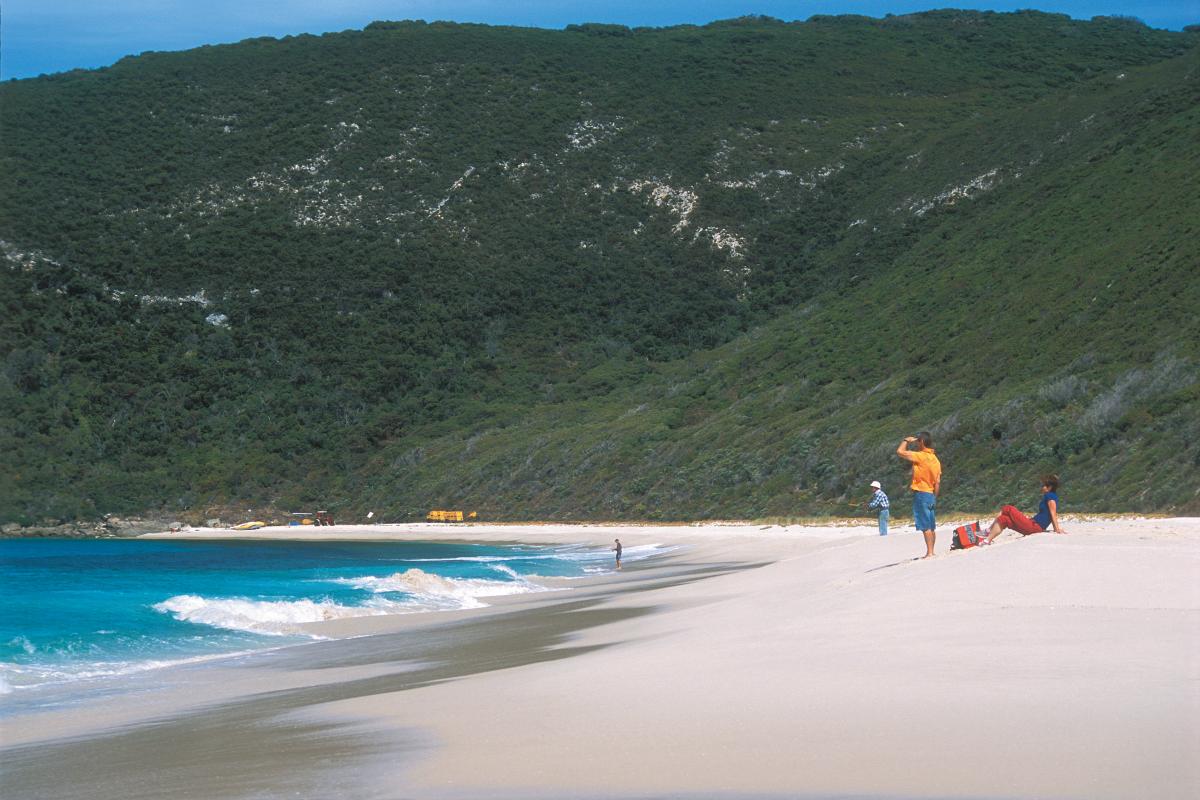 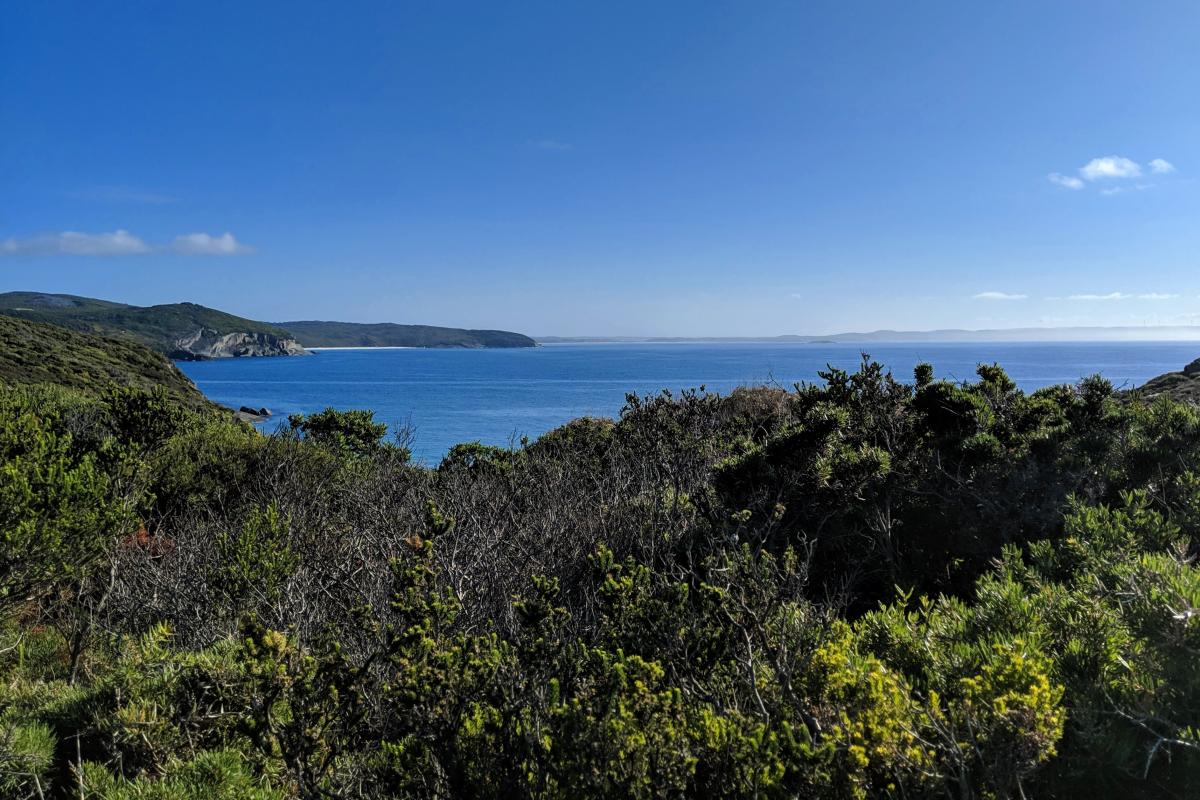 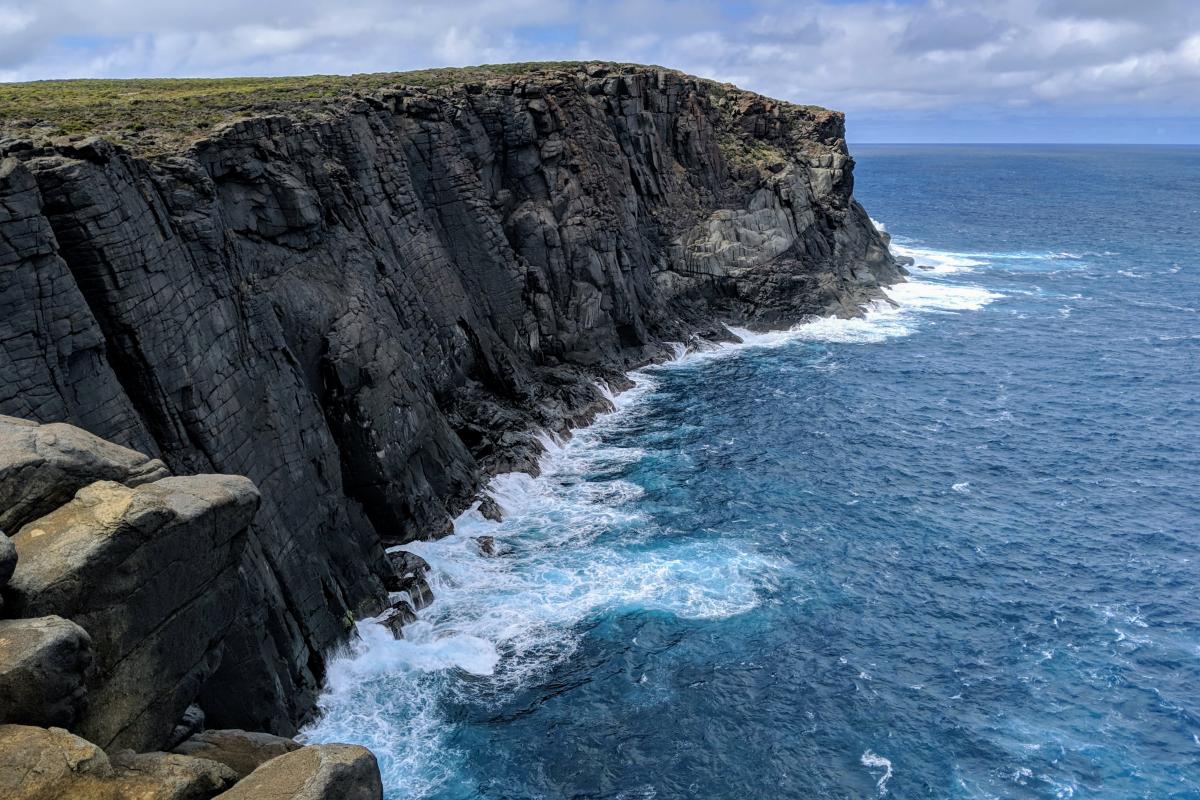 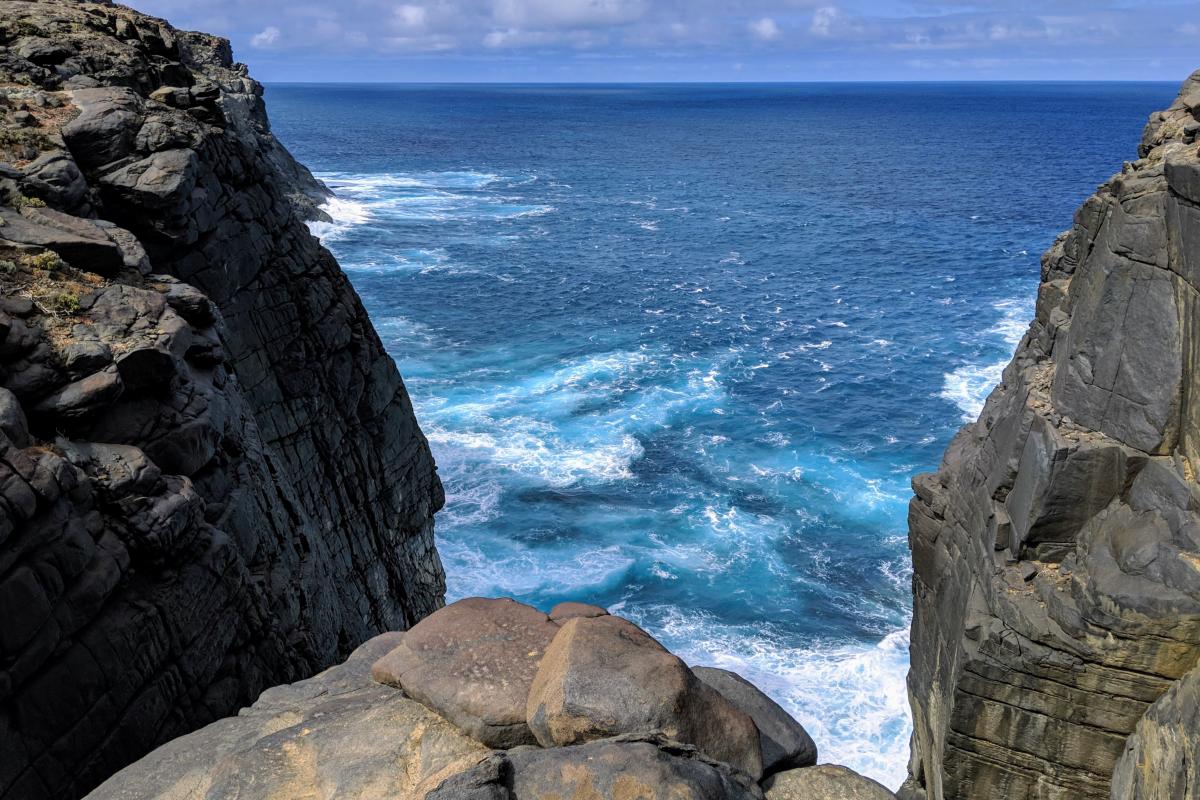 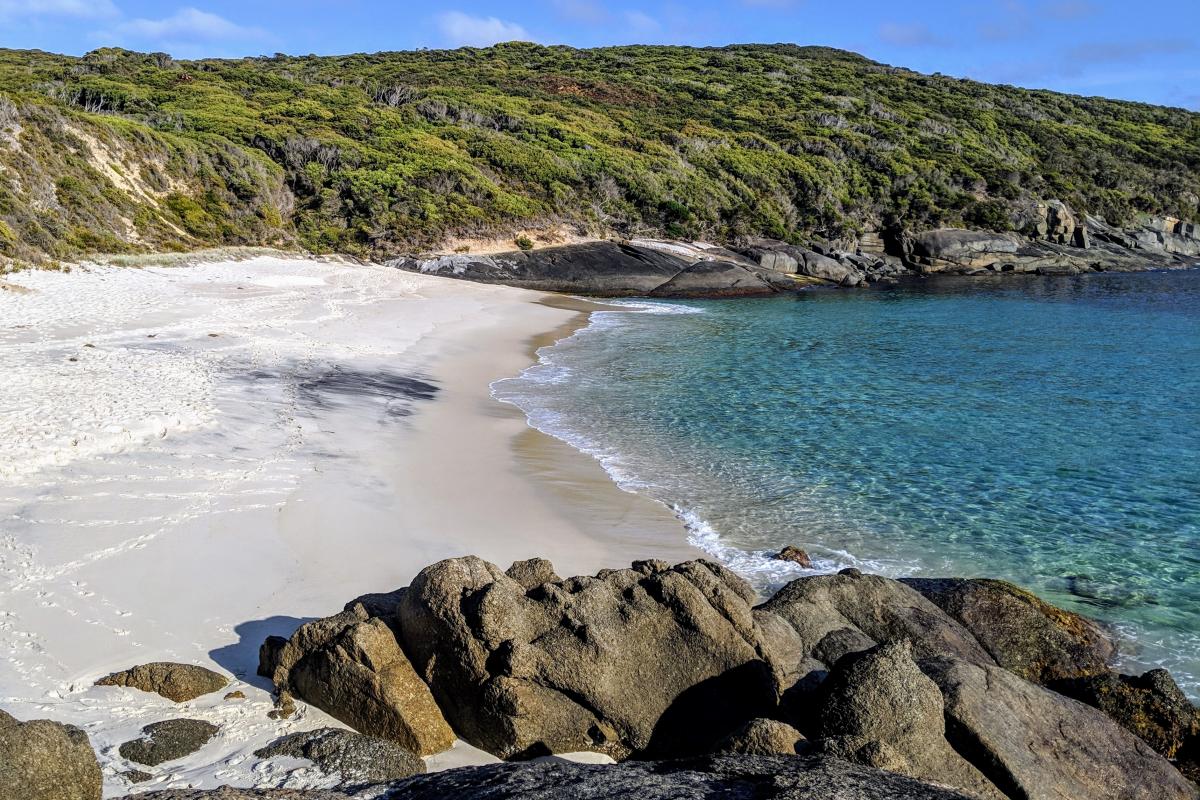 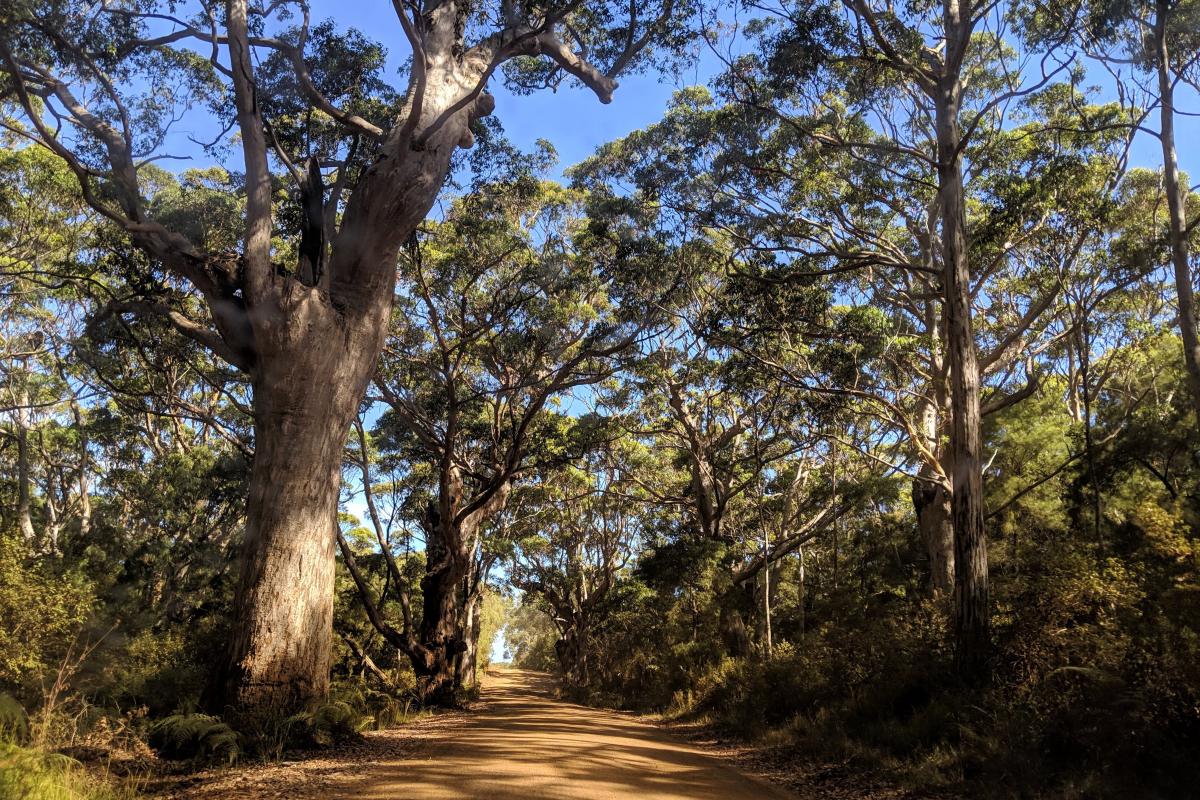 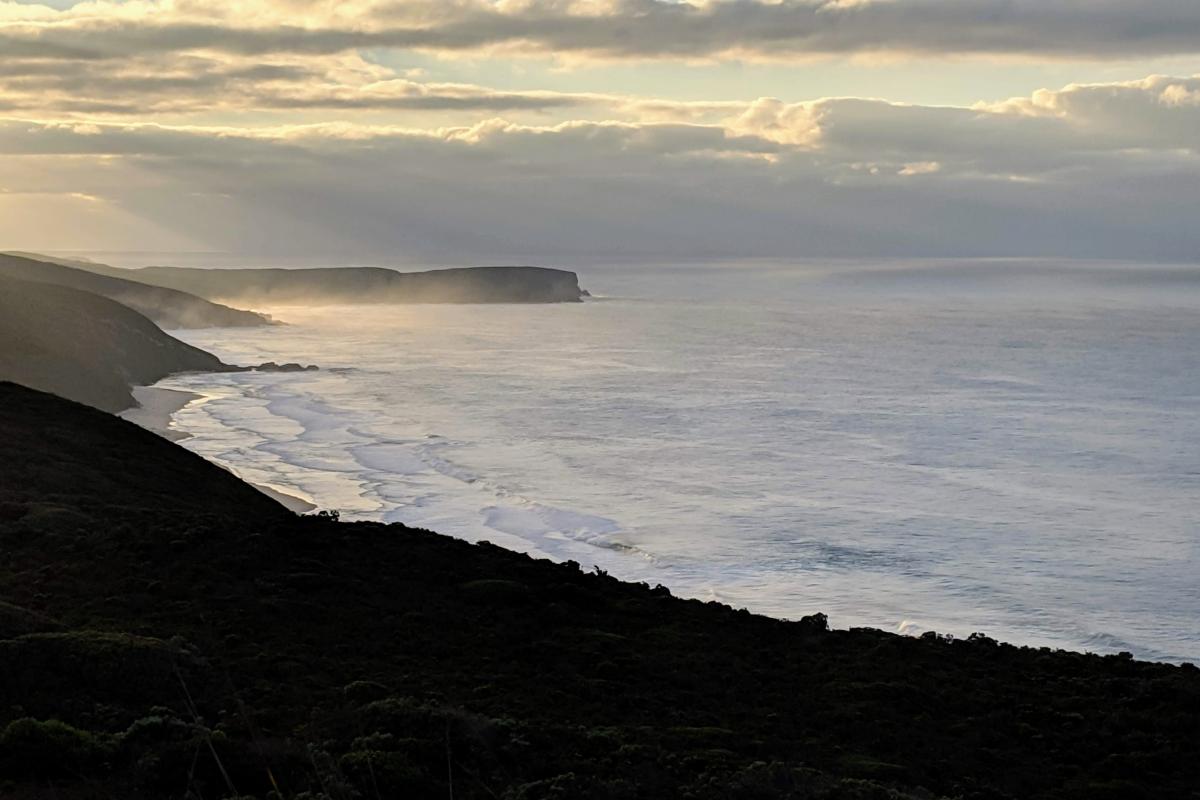 Visit the Atlas of Living Australia for a list of species recorded in West Cape Howe National Park.

We recognise and acknowledge Menang people as the traditional owners of West Cape Howe National Park.

West Cape Howe National Park lies on the southern coast between Albany and Denmark. It is 30km west of Albany.

Four-wheel drive tracks are only suitable for high clearance vehicles. The tracks are narrow with encroaching vegetation. Please drive slowly and be aware of oncoming traffic.

Two-wheel drive vehicles can reach Shelley Beach and the nearby lookout, but other places within the park require high clearance four-wheel drive (make sure you have a tyre pressure gauge and a tyre pump). Park features can also be reached by bushwalking along the sandy four-wheel drive tracks. 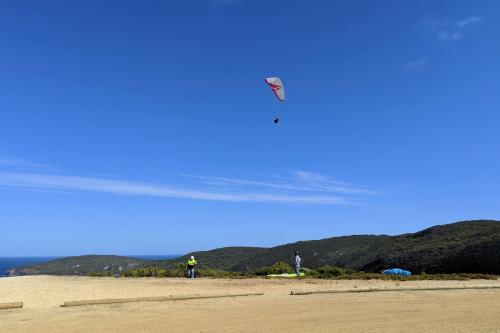 From the lookout, you can see the clean white sand of Shelley Beach curving beneath steep limestone hills, which drop sharply into the sea. 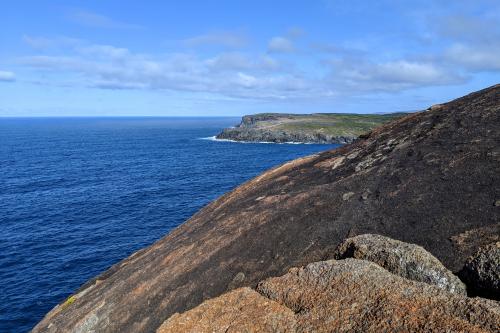 Did you know that Torbay Head is the southernmost point in Western Australia! 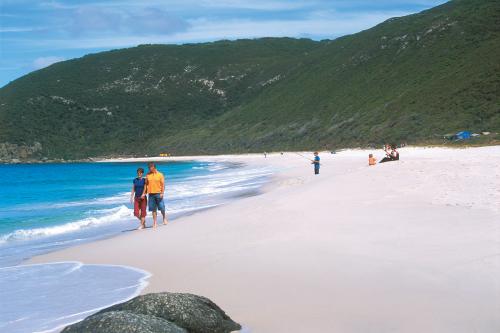 The wide sweep of beach is bounded at both ends by huge granite boulders, formed at the same time as the granites of the Porongurup Range, 79km to the north. 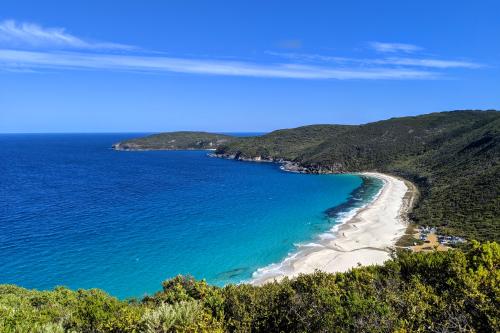 Shelley Beach is the most visited area in West Cape Howe National Park, and it's the only place in the park that is accessible to two-wheel drive vehicle.