Le Grand beach and the adjoining coastline take their name from an officer on the L'Esperance, one of two vessels in a French expedition exploring the south coast in 1792. Le Grand is said to have climbed the masthead during a severe storm and guided the ships to a safe anchorage near Observatory Island west of Esperance. Many other natural features along this stretch of coastline, including Esperance and the Recherche, were also named by the French during this expedition.

Boats are best launched at Lucky Bay but small boats can be launched with caution from Le Grand Beach. Be aware that these beaches are notoriously treacherous for vehicles and it is easy to become bogged in the most innocent looking wet or dry sand. Ask the ranger about surface conditions and tides.

Le Grand Beach is the trailhead for the western end of the Le Grand Coastal Trail. A short walk along this section of the trail will take you across the steep foot slopes of Mount Le Grand (345m), to vantage points that provide uninterrupted views of the coastal plain and other impressive peaks. 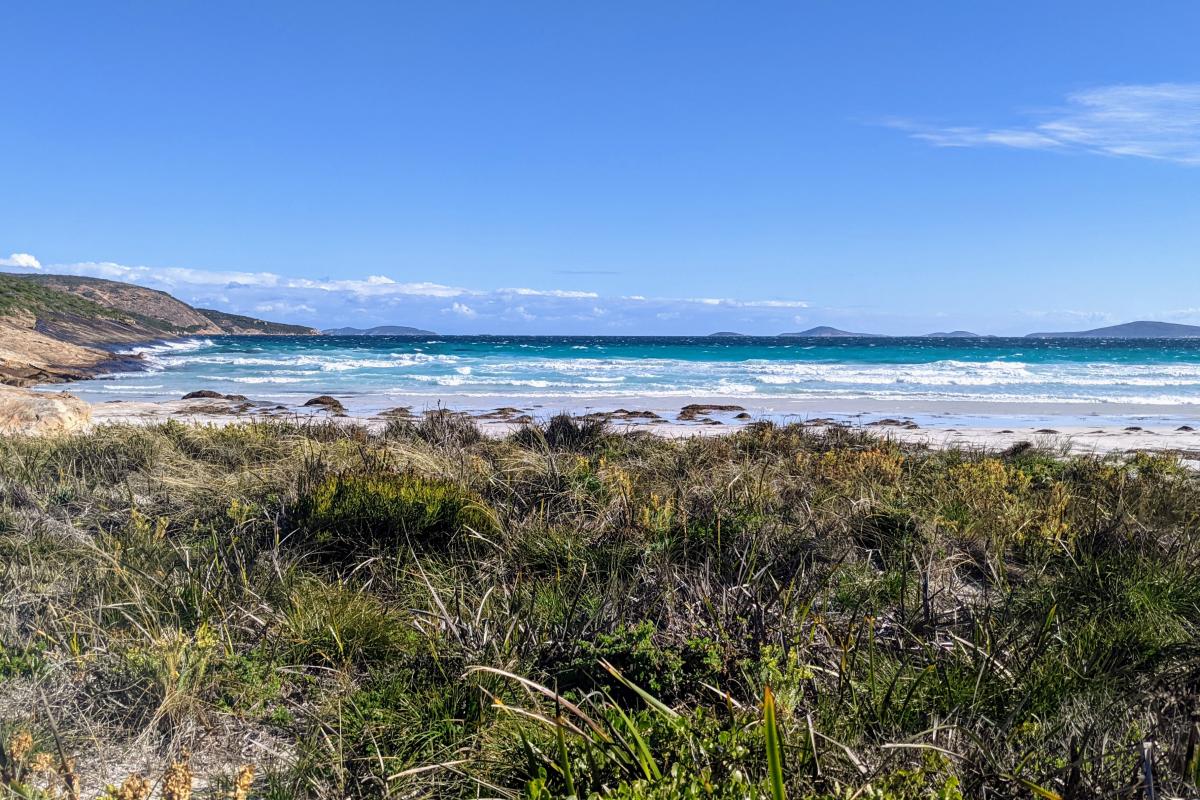 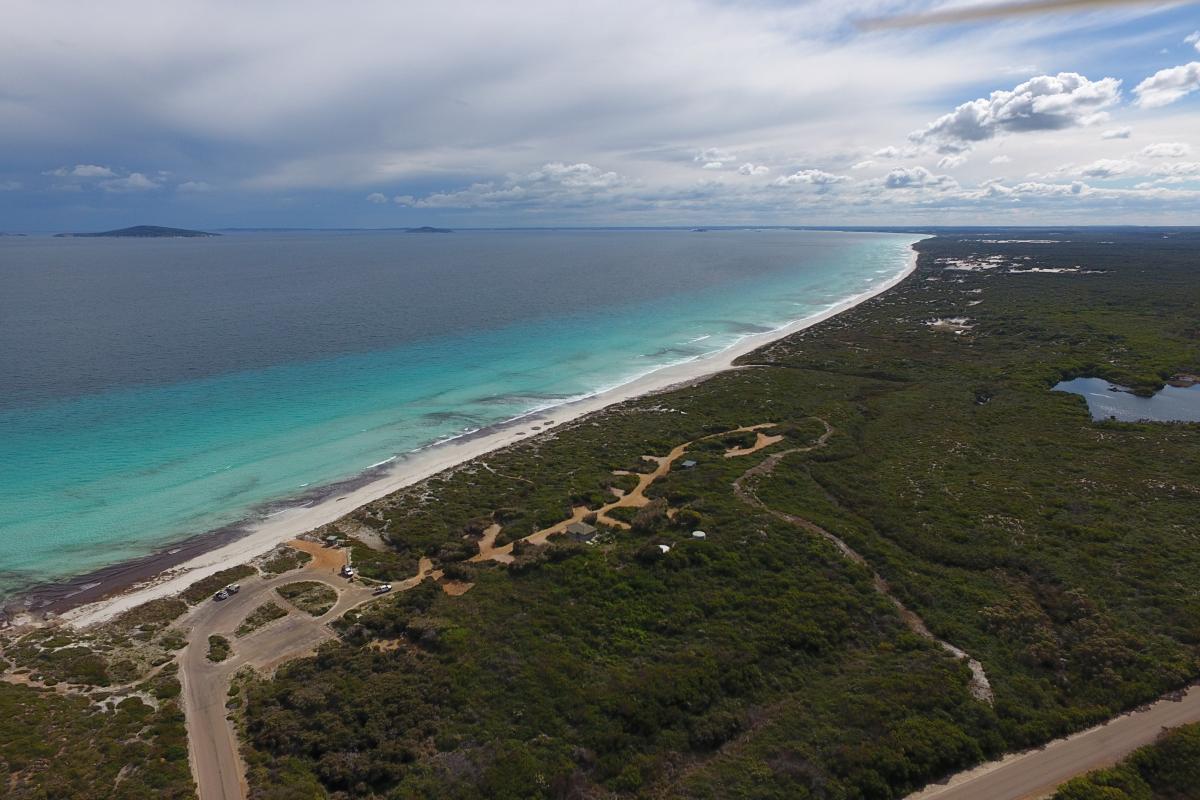 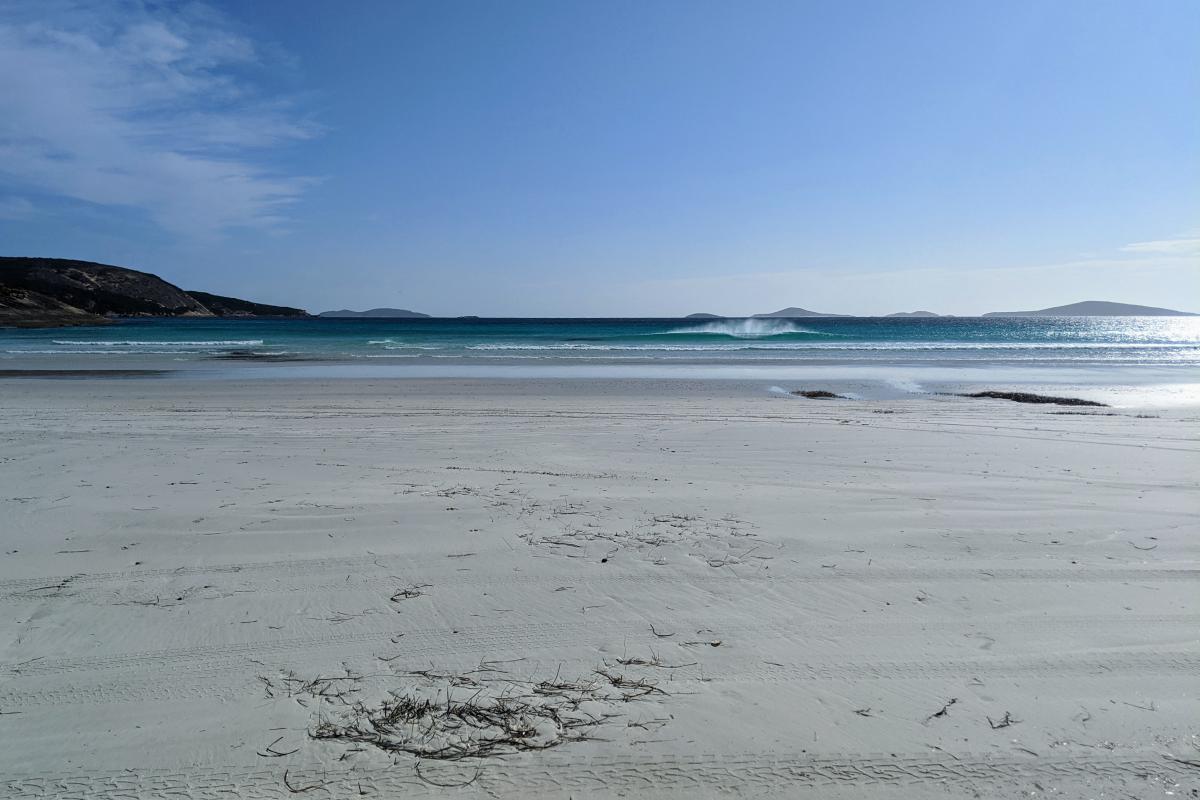 Le Grand Beach in the afternoon 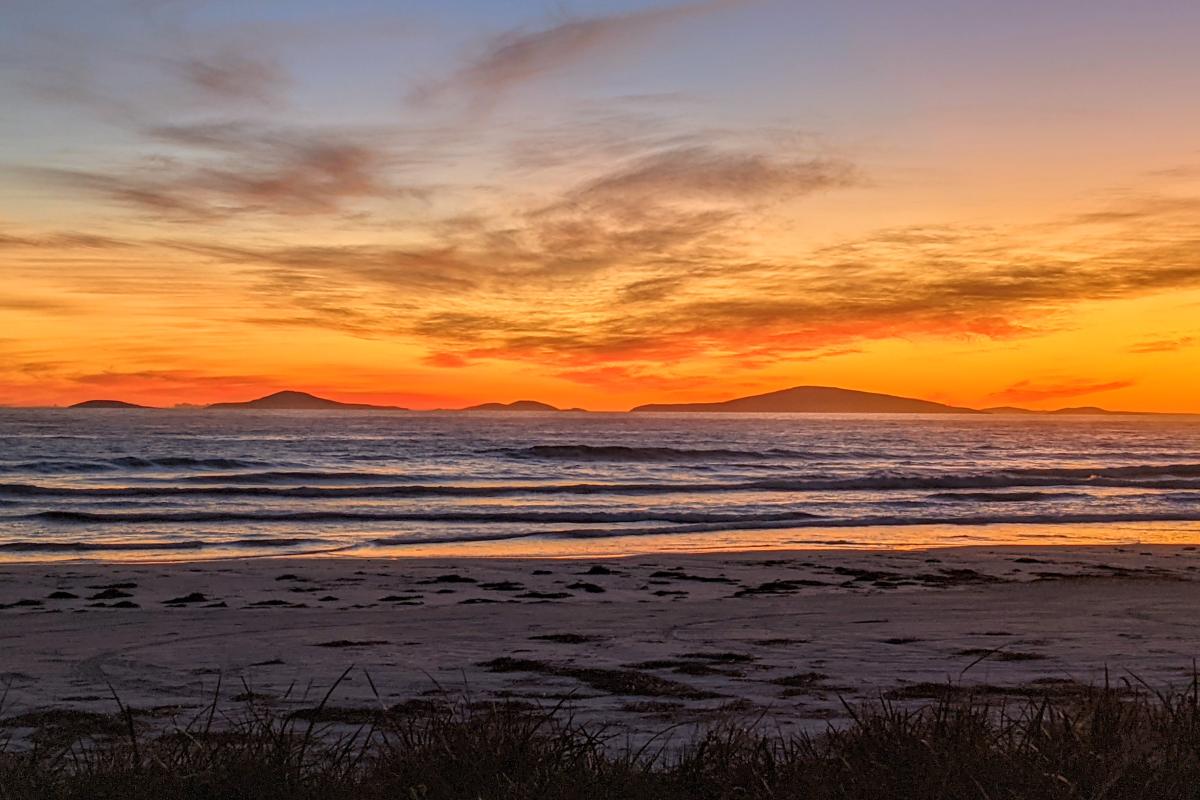 Visit the Atlas of Living Australia for a list of species recorded within a 5km radius of Le Grand Beach.

We recognise and acknowledge Aboriginal people as the traditional owners of Cape Le Grand National Park.

The beach can be accessed via a gravel track with an entry/exit point near the parking area. The beach consists of fine white sand with a reasonably firm base for four-wheel drive vehicles but, depending on the season and storm events, there may be some guttering and seaweed build up. An informal pathway also leads from the parking area to the back edge of the beach.

No designated accessible parking bays are provided but there is ample space.

The nearest accessible toilets are located in the campground about 120m from this site.

The Coastal Trail is a spectacular, but challenging 20 kilometre walk trail in Cape Le Grand National Park, 30 minutes drive from Esperance. The experienced walker can hike from bay to bay, enjoying some of the best scenery in Australia; kangaroos basking on pristine white beaches, dolphins surfing the aqua waters and amazing views. 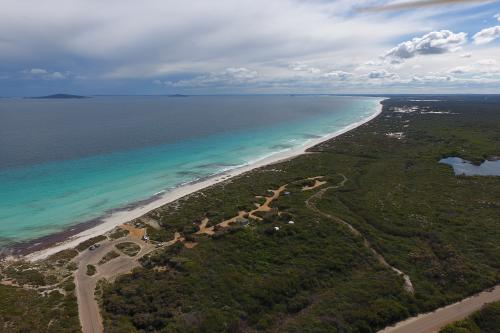 Le Grand Beach Campground is nestled by a wide sweep of beach with distant views to island peaks.